PLEASANT PRAIRIE -- FOX6 News on Monday, Jan. 13 found contractors in Pleasant Prairie rushing to prevent further erosion after part of a home fell into Lake Michigan when Mother Nature brought freezing rain and then snow to southeast Wisconsin starting Friday night. FOX6's cameras captured the windows shattering at the home Saturday, during the peak of the storm, as whipping wind brought huge waves to shore.

There was hope work being done Monday would save the rest of the home, after the strong waves and intense wind bombarded it, and took parts of the ground below. 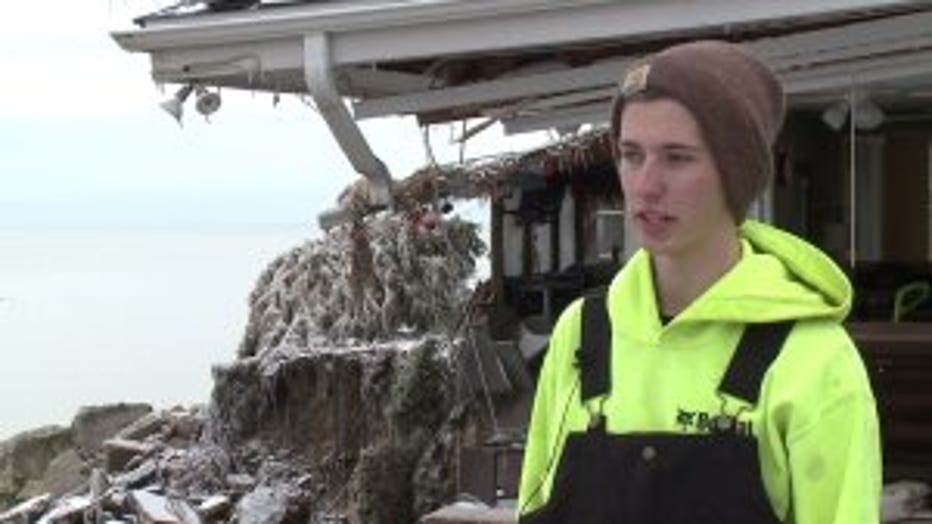 "We're going to block the waves and the water from hitting the house," said John Vassh, contractor with VTech Services, hired by the homeowner to take urgent action to prevent further erosion. "Their house fell in, and from the storms and waves that happened on Saturday."

A photo hanging inside the home showed just how much of the shoreline wasted away. An employee of the renter who lives in the home said 30 feet had disappeared since July.

"Today? This is all today," Rob Lobacz on Monday. "Most of this is today." 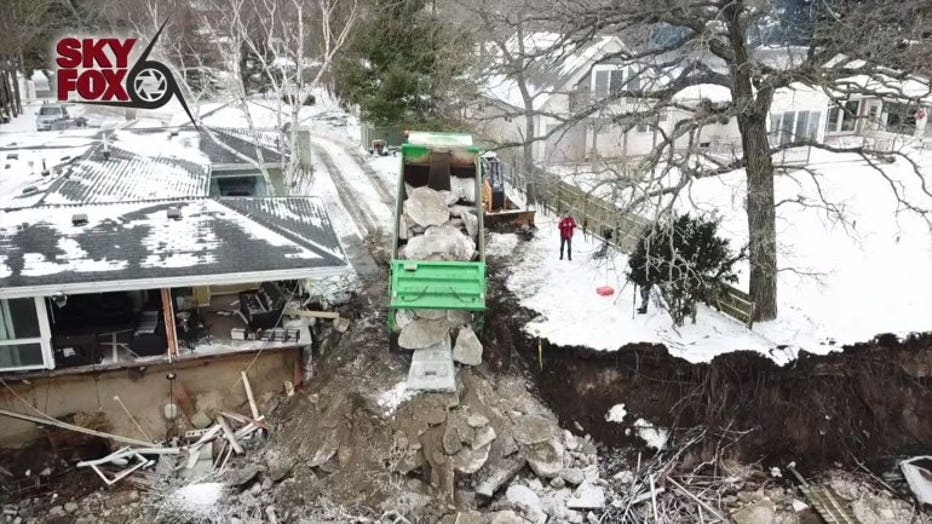 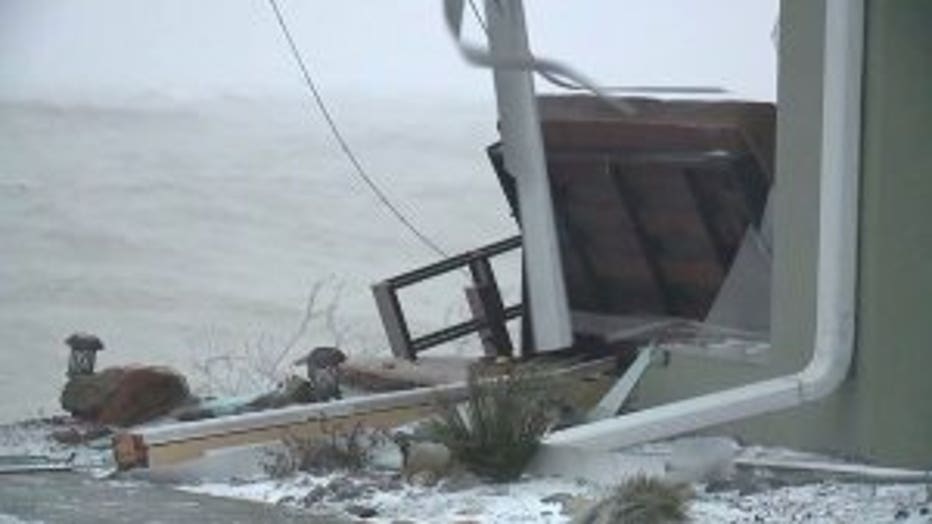 On Monday, FOX6's cameras captured the enclosed patio -- nearly all gone, the home resting on an unsteady foundation, with rocks and concrete creating a barrier from Mother Nature.

Attention turned Monday to what was left inside.

"The house can be saved," said Vaash. "They can just rebuild those rooms." 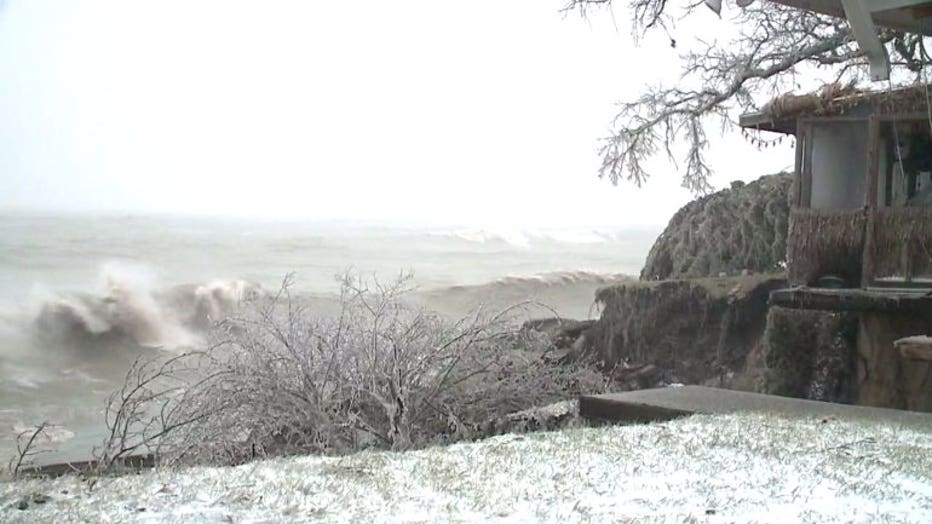 The property was deemed uninhabitable by Village of Pleasant Prairie officials following the weekend storm. As a neighbor's deck and shed also plunged into the water below, Vassh offered a warning for anyone living close to the water's edge.

"If your lakeshore looks something like this with no protection on it... do it now!" said Vassh. "Don't wait until your house is falling in." 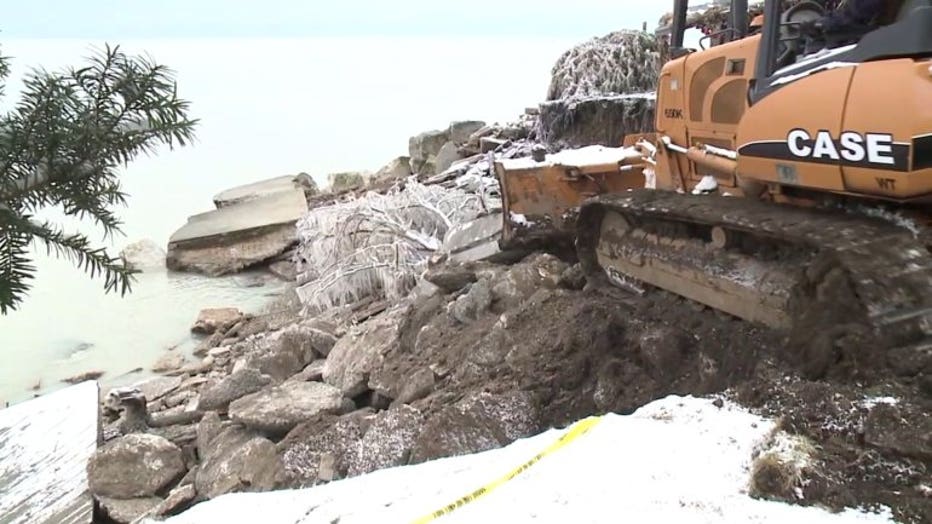 FOX6 News tried reaching out to the man who rents the home on Monday but were unable to make contact. Workers said he's safe, and that he took his dogs to a hotel in Illinois as he worked to determine the next steps.

Meanwhile, contractors estimated the job would cost more than $100,000.