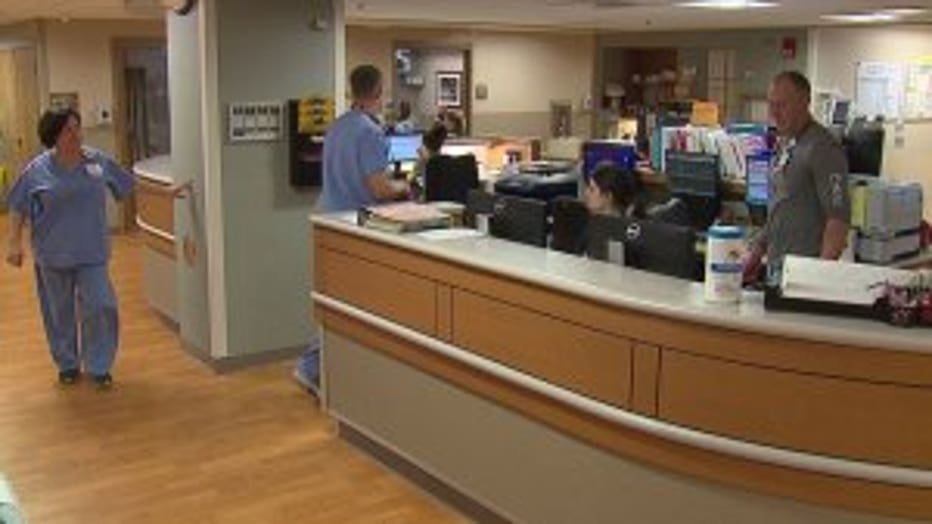 WEST ALLIS -- To anyone not wearing scrubs, a hospital can be a pretty intimidating place. From the ER’s nerve center -- to the long, quiet hallways that lead to more procedures, the unfamiliarity of it all can bring more stress to an already-unnerving predicament. But at Aurora West Allis Medical Center, not all the hallways are quiet.

The thing about John Melara is that you’ll often hear him before you actually see him. Melara’s official title is “imaging assistant.” It’s a job that requires him to wheel patients to and from procedures. He sings to patients to help calm their nerves. 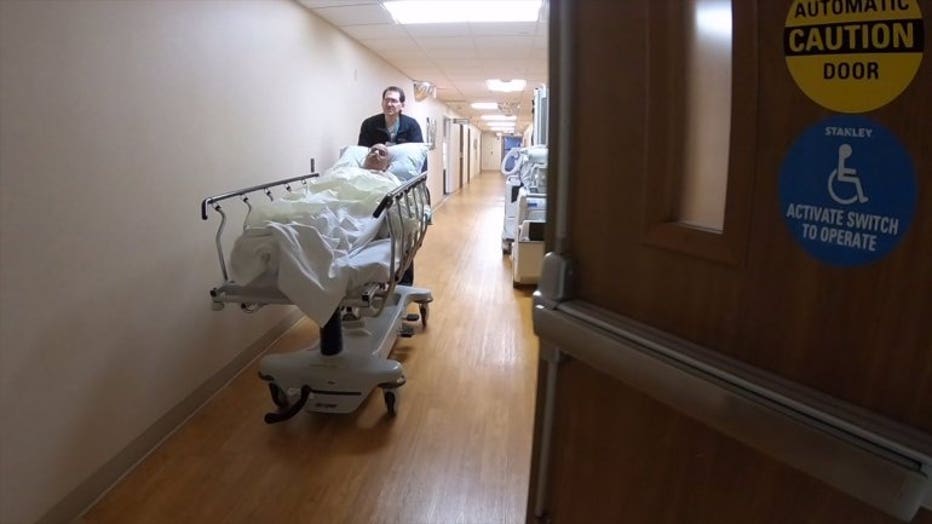 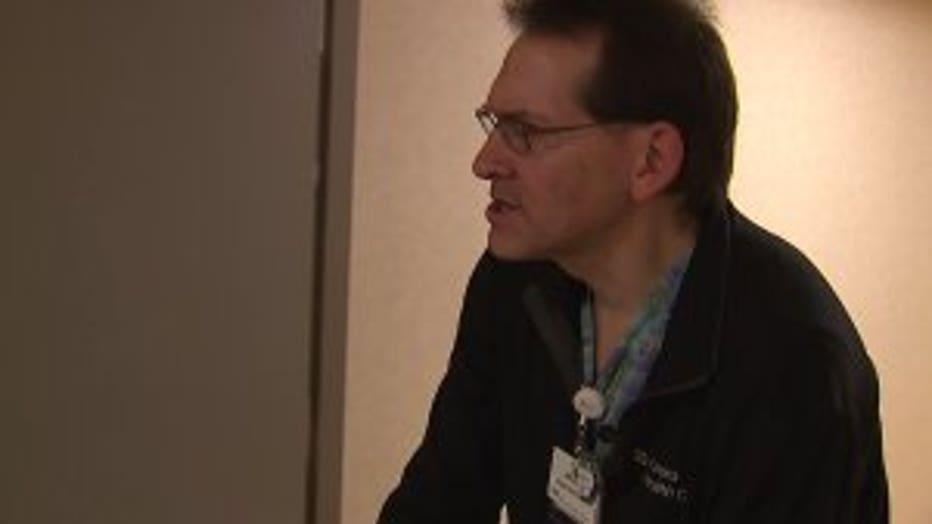 Melara did plenty of amateur theater, sang in his Navy boot camp chorus and has a Spotify-worthy collection of classics stored in his brain. When the time is just right, and the patient has been briefed on business of the transport, the show begins.

“I see trees of green, red roses, too,” sings Melara.

Covering the standards is tough enough, but doing it while moving, and putting patient comfort top-of-mind, is what makes cart-side concerts so endearing. Patients say Melara’s singing is soothing, relaxing, and a welcome treat. 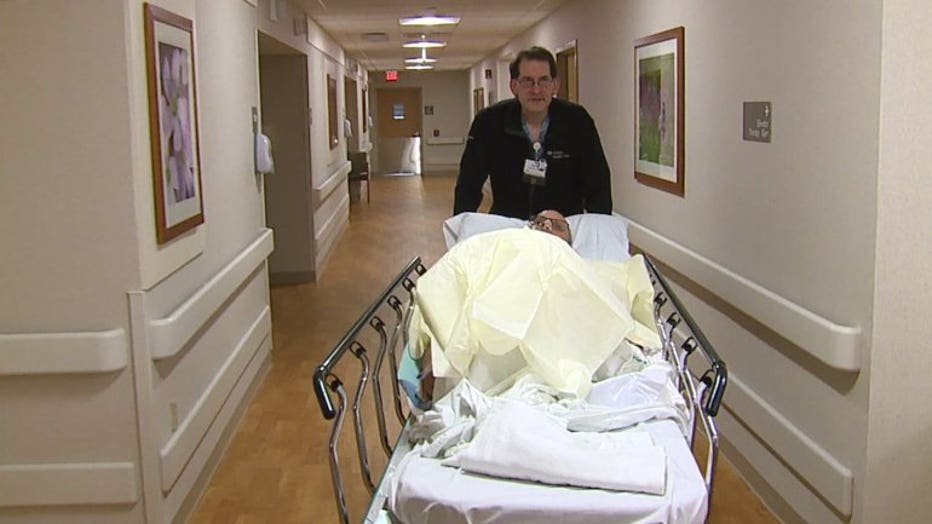 Melara knows how terrifying a hospital is because he once spent five days in a burn ward after burning part of his hand. Once, when working in a Pennsylvania hospital, he realized a lullaby was the only thing he could do to soothe an agitated and dangerous patient. 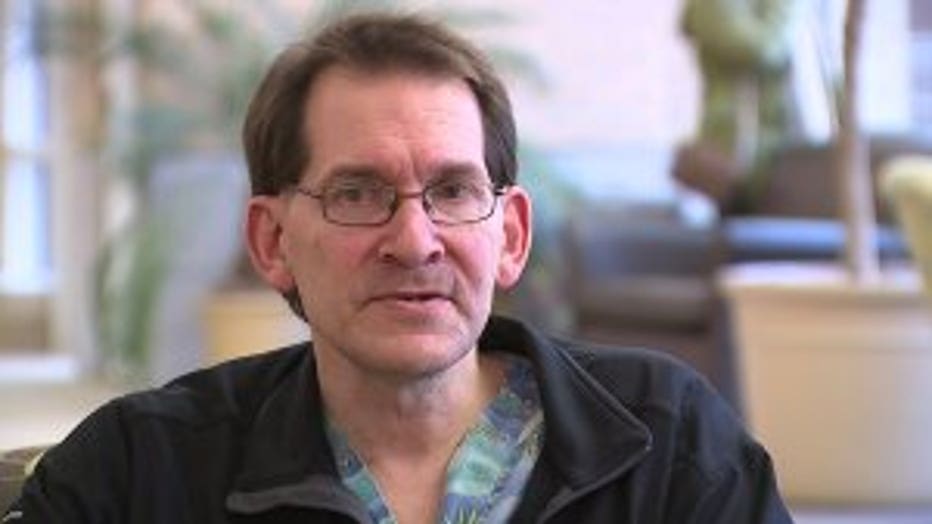 “We had a patient requiring all hands on deck in the ER,” said Melara. “All I could think was that I can’t let him hit anybody. So I held him by the wrists and started singing Brahms Lullaby with words I was making up.”

It was after that, a bit was born.

“It reinforces that this is something I have to do every day,” said Melara. “Make sure each patient has a little better experience, because it’s terrifying.” 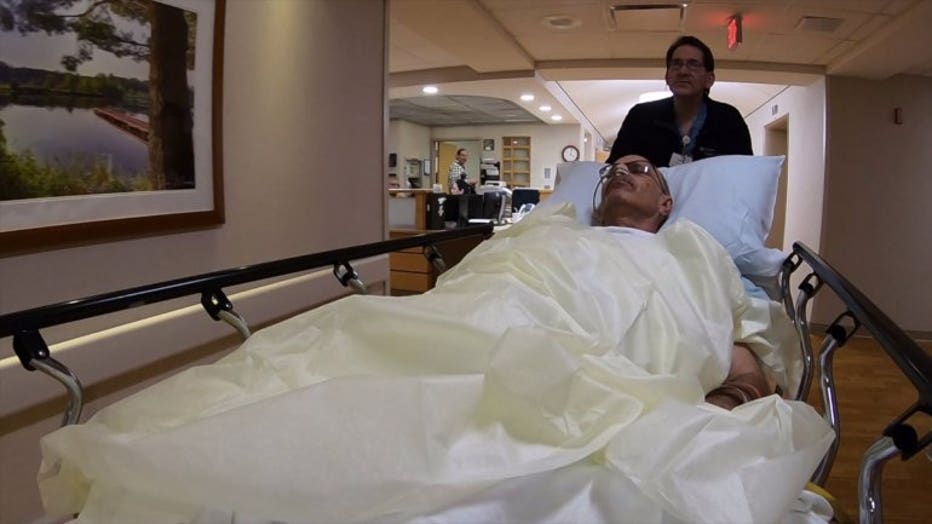 Former patients have sent thank you notes to the hospital, saying ‘John melted my heart,’ and that ‘it brought tears to my eyes that someone would be so kind and thoughtful.’ He takes requests and yes, some request he just stay quiet.

One doctor said he welcomes Melara’s singing because a relaxed patient is an easier one to treat, and Melara hopes others are as open.

“I get to do what I do because I have such a great team backing me,” said Melara. “I have a technologist who tolerates this and if I had people who didn’t want to hear it and told me to shut up, it’s the end of the game.” 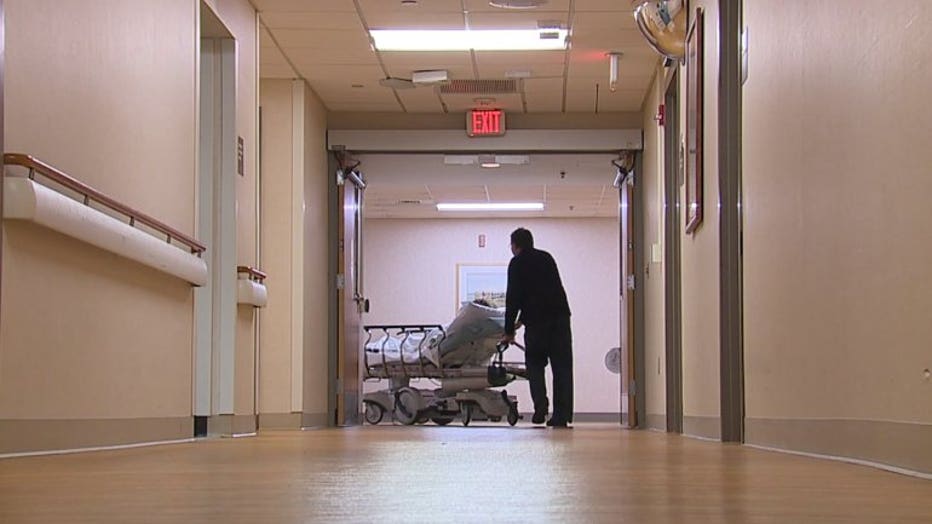