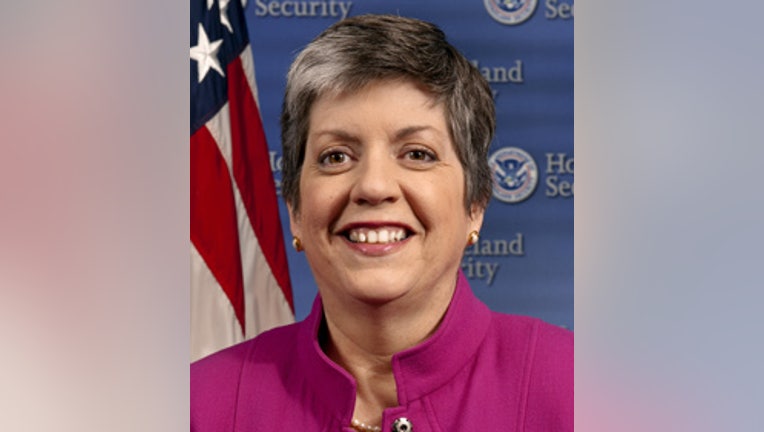 WASHINGTON (CNN) -- Homeland Security Secretary Janet Napolitano announced Friday she is resigning and will be nominated to become president of the University of California system.

In an e-mail to associates, Napolitano said she will leave the Department of Homeland Security in September. While her nomination must be approved by the university's board of regents at a meeting next week, Napolitano sounded confident of the outcome.

"Departing a job and community you love is never easy, but I am passionate about educating the next generation of leaders and the University of California is like no other institution in affording such an opportunity," her e-mail said.

She graduated from the University of Santa Clara in California in 1979 as its first female valedictorian.

Napolitano, 55, was confirmed as the nation's third homeland security secretary and the first woman to hold the post the day after President Barack Obama took office in 2009.

In an earlier statement on Friday, she called working with homeland security personnel who protect the nation "the highlight of my professional career."

Obama thanked Napolitano for what he called outstanding work in dealing with "some of the toughest challenges facing our country."

He cited her leadership in recovery efforts from natural disasters like Superstorm Sandy, dealing with the volatile immigration issue and protecting the nation against terrorist attacks.

"I've come to rely on Janet's judgment and advice, but I've also come to value her friendship," Obama said, wishing her luck "as she begins a new chapter in a remarkable career of public service."

A breast cancer survivor, Napolitano was attorney general and then governor of Arizona before joining Obama's Cabinet.

As head of the vast department involved in all aspects of national security including anti-terrorism efforts, Napolitano was involved in some of the most high-profile moments of Obama's first term.

She was criticized for defending screening efforts after the 2009 attempted terrorist attack in which a man on a flight from Europe failed to ignite explosives in his underwear.

During her tenure, the administration deported record numbers of undocumented immigrants.

However, GOP critics complained Napolitano ignored the law by halting deportations of some young immigrants living illegally in the United States as part of administration reforms of the broken immigration system.

Some officials at the Immigration and Customs Enforcement agency complained that the policy change forced agents to violate laws.

Conservative Republican Sen. Jeff Sessions of Alabama said Napolitano's tenure "was defined by a consistent disrespect for the rule of law."

"Any selection -- interim or permanent -- to replace Secretary Napolitano must disavow these aggressive non-enforcement directives or there is very little hope for successful immigration reform," Sessions said in a statement.

The Homeland Security Department was created in the aftermath of the September 11, 2001, terrorist attacks on New York and Washington.

Former Pennsylvania Gov. Tom Ridge was the first secretary, followed by Michael Chertoff, both during the administration of GOP President George W. Bush.

In a statement Friday, Kelly and New York Mayor Michael Bloomberg praised Napolitano for prioritizing federal funding for the city's anti-terrorism programs during an era of budget austerity.

"Secretary Napolitano never lost sight of the fact that New York City was on the top of the terrorist target list and acted accordingly in funding important initiatives," Kelly's statement said. "She performed a great public service not only for New York City but for the nation at large."

At the University of California, Napolitano will lead a system with more than 234,000 students at 10 campuses, five medical centers and three affiliated national laboratories.

"While some may consider her to be an unconventional choice, Secretary Napolitano is without a doubt the right person at the right time" to lead the university, Lansing said in a statement. "She will stand as a vigorous advocate for faculty, students and staff at a time when great changes in our state, and across the globe, are presenting as many opportunities as challenges."