WAUKESHA — It's no accident, it's homicide. Hundreds of heroin addicts across Wisconsin are going to prison for giving someone else the drugs that killed them. However, police and prosecutors are finding it hard to pin homicide charges on those who are profiting the most.

There is no government agency in Wisconsin that keeps track of drug-related homicides, so the FOX6 Investigators spent months building a database of more than 500 cases filed since the turn of the millennium. What we found shows most fatal overdoses still don't lead to homicide charges. And the ones that do rarely hook a big fish.

According to data kept by Wisconsin Department of Health Services, drugs have killed more than 10,000 people in Wisconsin since the year 2000.

It's a number nearly equivalent to the entire population Brown Deer, home of FOX 6 News. The deaths are attributable to both illegal street drugs and prescription medications, but the number one culprit appears to be heroin.

It's a crisis Rex Judkins can't seem to get away from. 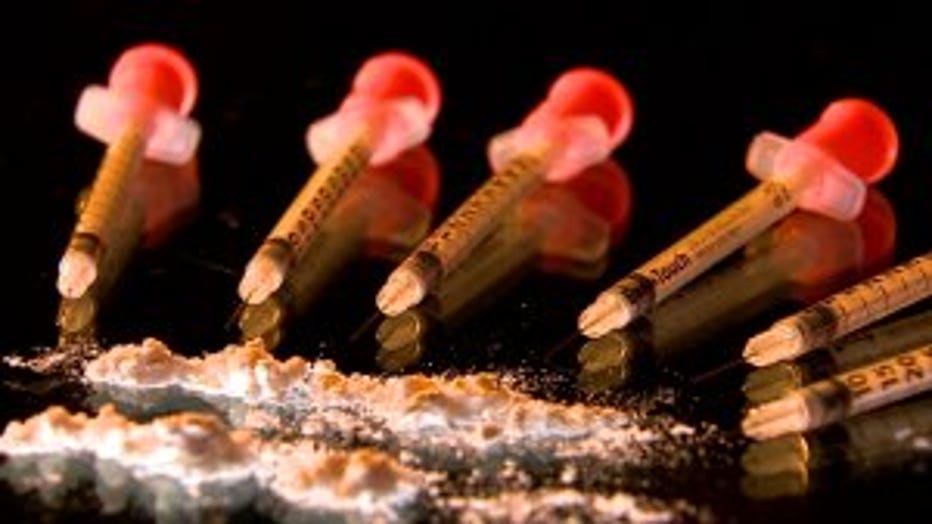 Judkins joined the tragic fraternity of parents who've lost children to drug overdose deaths when his son, Gaige, passed away in 2015. He says he tried to keep Gaige off drugs, but he always seemed to find a way.  One night when Rex was at work, Gaige, age 25, took his father's SUV without permission.

Gaige picked up a friend named David Gier and together they drove to Milwaukee to score two rocks of heroin.

"My son had the car and David had the connection," said Gaige's mother, Ruth Eddingsaas, in a Waukesha County court hearing.

The young men shot up in a Walmart parking lot near 96th and Silver Spring. As they tried to leave, Gaige passed out behind the wheel. Surveillance video shows David dragging his unconscious friend out of the drivers seat and lifting him awkardly into the back.

"He's trying to move dead weight," explained Sue Opper, Waukesha County District Attorney,"and struggling physically to get him into the back seat of the car."

The video then shows David getting in and pulling away. He drove 30 miles back to Wales, even stopping for gas, before parking in a grocery store parking lot. Only then did he summon help. Sort of. 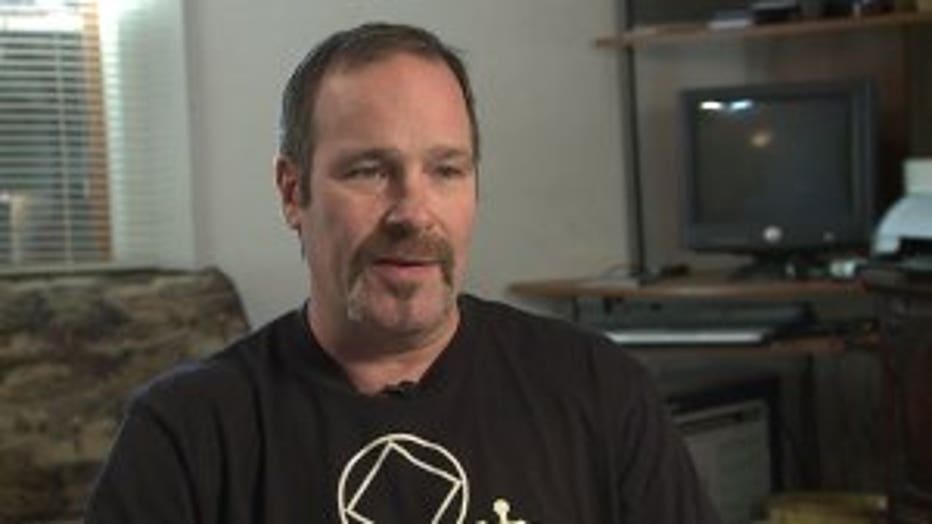 "He put him in the backseat and drove to Wales," Judkins said. "Then he took his phone and dialed 911."

Instead of telling dispatchers that Gaige had overdosed and needed urgent help, however, Gier said nothing. He set the phone on the passenger seat and walked home, leaving his friend behind. By the time help arrived, Gaige Judkins was dead. 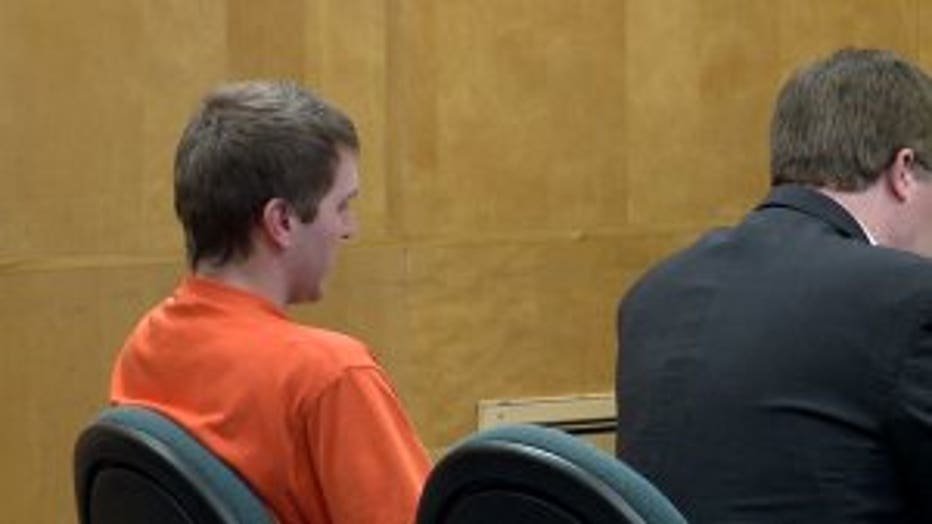 David Gier was convicted of 1st degree reckless homicide for delivering the heroin that killed his friend, Gaige Judkins.

"I do forgive you," the victim's father said, through tears, when he spoke at Gier's sentencing. "Holding anything against you isn't going to help me at all."

The elder Judkins asked the judge for mercy on the man convicted of killing his son. He said it could have been either one of them. His son knew he was going to die this way eventually. He wanted Gier to be sent to an intensive treatment camp. But the judge treatment would have to wait. He sentenced Gier to 5 years in prison.

"I don't think the threat of prison is really working," Judkins said. "Because death doesn't scare them."

A FOX6 Investigation finds David is one of more than 500 people charged with drug-related homicides since the turn of the millennium. Fifty-two of the state's seventy-two counties have filed at least one so-called 'Len Bias' case.  More than half of those cases were filed in just the past four years.

"We will do everything we can to unravel the trafficking networks for heroin," said Wisconsin Attorney General Brad Schimel, who has made battling the heroin crisis one of his top priorities. That includes the aggressive use of the Len Bias law, which allows prosecutors to charge a person who delivers drugs to an overdose victim to be charged with homicide. 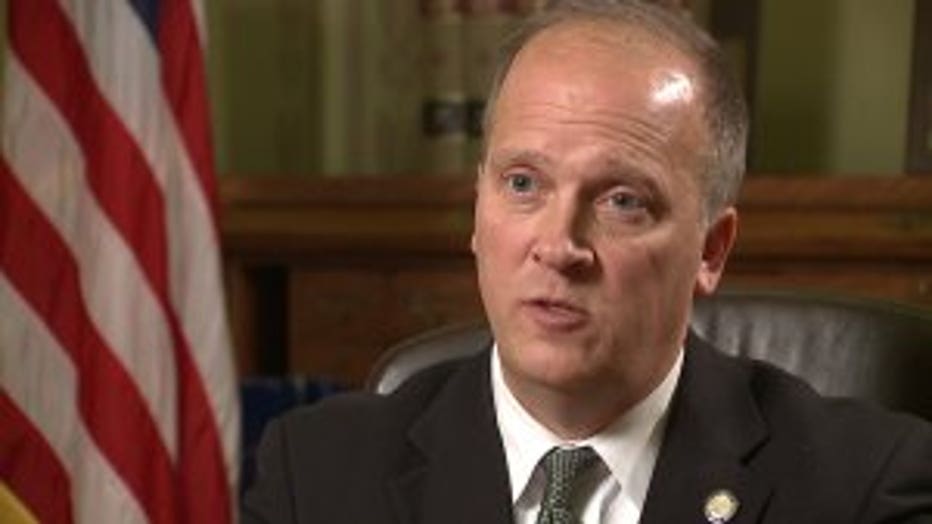 "If you transfer drugs to somebody else and they die we're probably going to try to hold you accountable. If we can make the case, we're going to go after you."

Our investigation finds homicide charges are rarely applied, however, to those who are profiting the most from the heroin trade.

Of the 100 most recent cases in southeastern Wisconsin, just 11 defendants were higher-level drug dealers -- which we defined as individuals at least one step removed from the direct sale or delivery of drugs to a victim. Most of those charged were friends or relatives of the person who died, or low-level street dealers who prosecutors tell FOX 6 are likely just addicts themselves.

"They're not addicts," he insisted. "They're just making money off the misery of other people."

Before the longtime DA retired at the end of last year, he hooked a few of those bigger fish by convincing smaller ones to flip.

"Give us your suppliers," Dececco said, describing the tactical approach. "Give up everybody and we will recommend three years prison or whatever it is."

Case in point - William Widucki. When the man nicknamed "Uncle Chopper" overdosed on heroin in 2014, the evidence led to his niece -- a dealer named Monica Sanchez. Dececco offered her a big break on his recommended sentence if she would talk about her network. She complied.

Not only did Sanchez give up dozens of her local customers, she told police who she was working for -- an Illinois man named Leanel Holder, who was later convicted of homicide at trial. 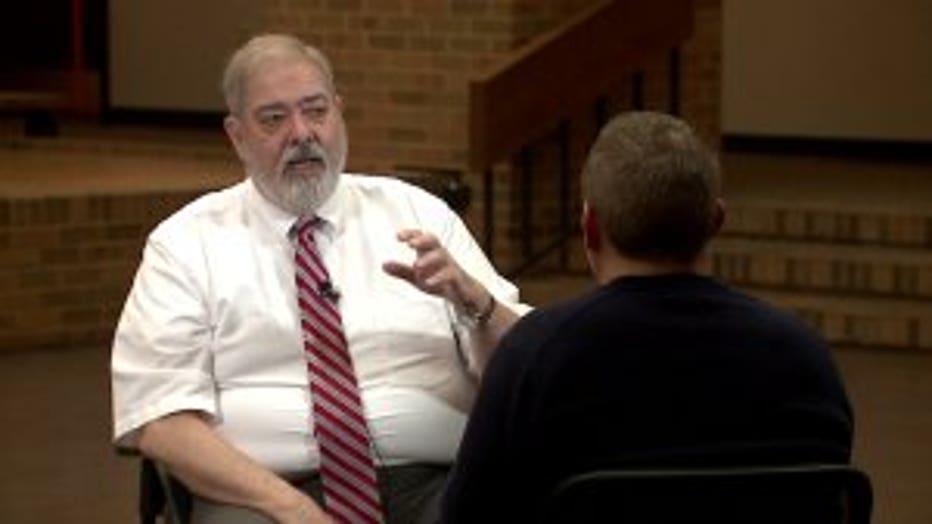 "We knew they would all be trials. 99 percent would be trials, "Dececco said. "We didn't care."

Dececco's successor, Joel Urmanski, has pledged to continue pursuing high-level dealers, with a word of caution.

"These are difficult investigations," Urmanski said.

Waukesha County District Attorney Sue Opper says the people they arrest often don't know who they got the drugs from.

"The hardest thing is identifying them," Opper said. "Nobody knows their true name, nobody knows who they are."

David Gier knew his dealer by the nickname "Eyes."

"In Sheboygan we had two guys," Dececco said. "One was 'Weasy' and one was 'Munchy' and I am like, 'What is this? Snow White and the
Heroin Dwarfs?'" 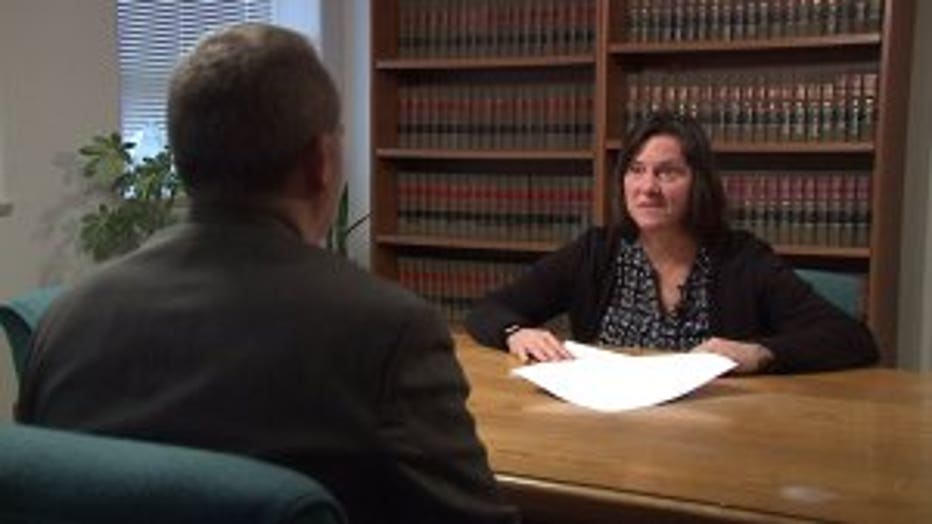 "Street names and burner phones," Opper pointed out, "can't be traced to anybody."

Opper believes there is value in prosecuting anyone who delivers a fatal dose of heroin, even if it's just a friend who's sharing the drugs.

"To some extent, I'm naive enough to keeping thinking there's going to be deterrence to others. although it doesn't feel like it," she said.

Opper is part of a justice system that is trying to send a message.

"This is where this addiction ends up," said Michael Maxwell, the Waukesha County judge presiding over David Gier's case. "It ends up with either somebody in an orange jumpsuit or somebody in a casket."

"Is the message of treating overdoses as homicides getting to the right people?" FOX6 Investigator, Bryan Polcyn, asked Schimel.

"I think sometimes yes and sometimes no," he said.

"They know they are playing Russian Roulette," Opper added.

Rex Judkins fears the pull of the addiction is too powerful to be overcome by the fear of going to prison. Even the fear of death.

"His best friend died from the drug," Judkins said about his son. "And he still did it."

The 519 homicide cases we've identified since the year 2000 represent a tiny percentage of all drug overdose deaths in Wisconsin. In that time, approximately 1 out of every 20 deaths has led to a homicide charge. Opper says she has dozens of cases that are under investigation right now, but experience tells her that most will run into dead ends before charges can be filed.

Of the counties that have charged at least ten Len Bias' cases, Ozaukee County handed out the toughest sentences - an average of 11 years in prison. The weakest appears to be Manitowoc County, where most most of the homicide charges were reduced to something less. The average sentence there for cases originally charged as drug-related homicides is about 3 years in prison.