BAY VIEW -- A snowplow driver said he was starting a new business, but disappeared into thin air, upsetting several customers.

Neighbors in Bay View, left in the cold by a man who promised to keep them out of it. 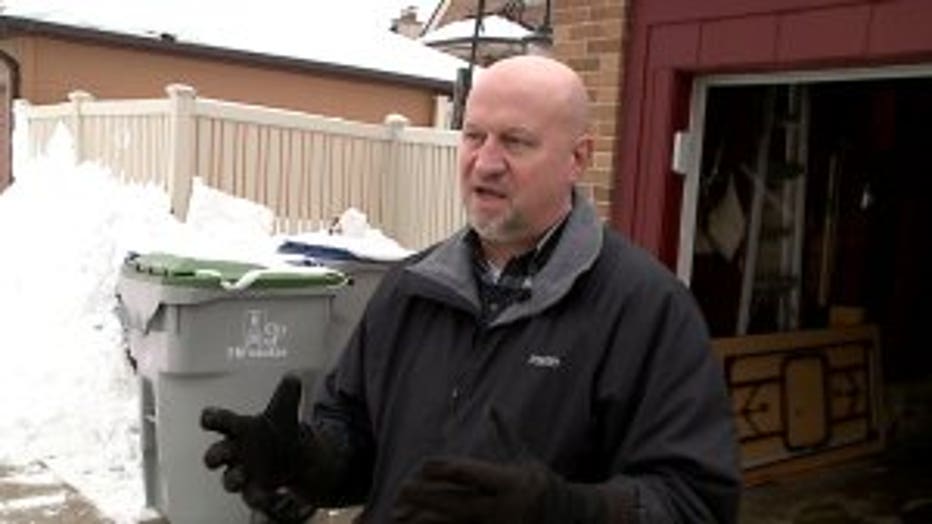 Kevin Cada is one of many Bay View neighbors who hired Christensen to clear snow.

20 neighbors pitched in to pay Christensen a total of $700.

But when snow fell, no one came to clear it.

The Johnsons in Milwaukee hired Christensen for their alley -- so did Amy Czernejewski for her driveway.

"Seemed like a nice guy, start-up, working with his dad," said Czernejewski.

But in December, communication halted. Neighbors say they were blocked from Christensen's phone, his Instagram, Facebook Messenger

Since then, they've been digging out themselves. 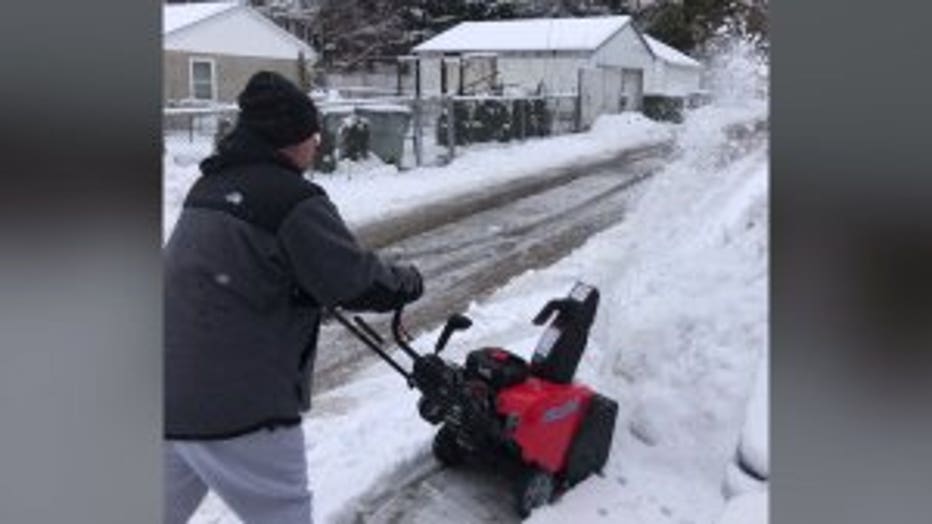 Christensen was active on social media, on community Facebook pages, and Next Door.

Contact 6 heard from 13 people who say Christensen ghosted them.

"He's done this to other people and it's wrong," said Czernewski.

In the meantime, we kept hearing from customers who also spoke with local police and complained to the state.

Customers who couldn't reach Christensen say he started reaching out to them.

One letter reads, 'I am truly sorry for not being able to fulfill my obligations. Enclosed is a $200 check,' which he calls an 'installment payment.' 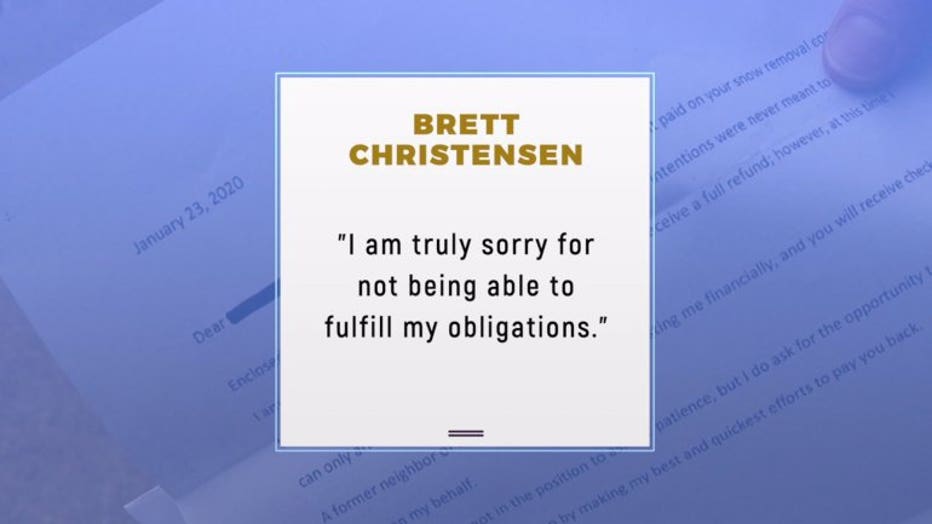 Those checks were written by Randy Weyhrich, Christensen's family friend and neighbor. 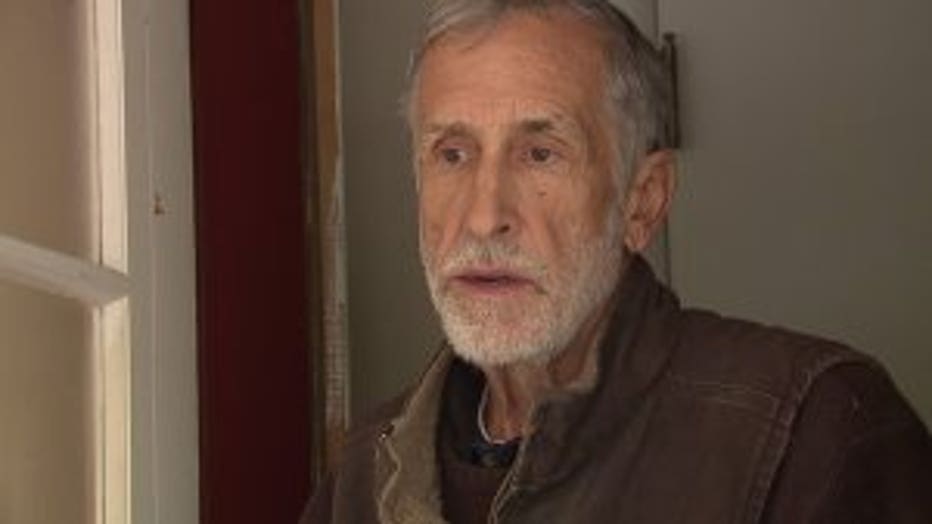 "His original intent was never to scam people," said Weyhrich. "He's pretty sincere about wanting to pay it back and getting back on his feet and changing some habits that got him into this place to begin with."

Weyhrich says he sent more than 20 checks, calling it his 'Christian duty.'

Contact 6 finally caught up with Christensen in the village of Lannon, where he made arrangements with police to drop off more refunds.

When asked if he knows how many people he'd be refunding, Christensen said, "all of them," but offered no further explanation. 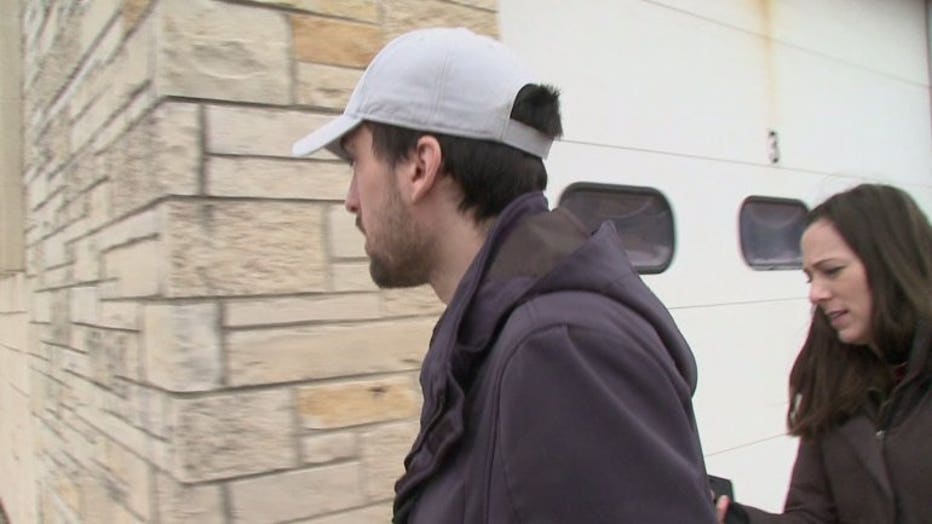 Contact 6 caught up with Christensen in the village of Lannon

"I'm just not getting into the drama of your guy's story and what you're making this out to be," said Christensen.

Cada got a check for just $100 and says if Christensen couldn't clear the snow he could have at least cleared the air a long time ago.

"If nothing else, just tell us what's going on," said Cada.

Several customers are not cashing their checks from Christensen.

Contact 6 was told a civil lawsuit is being filed on behalf of 15 people owed nearly $6,000 altogether.

Eight of them say they never got any refund and no one has a timeline for future installments.

Contact 6 also reached out to Christensen's dad, Jason, who is also named on contracts -- but could not reach him.