NEW YORK -- Heinz, best known for its ketchup and other condiments, has decided to dip its toe – or scoop, rather – into the ice cream scene.

Heinz has released DIY “Creamz” kits that allow purchasers to create their own Heinz-condiment-flavored frozen dessert. The flavors come in mayo, BBQ, salad cream, MayoChup and, of course, ketchup — though, as the most iconic of the trio of sauces, the ketchup has reportedly sold out, according to the Heinz website. 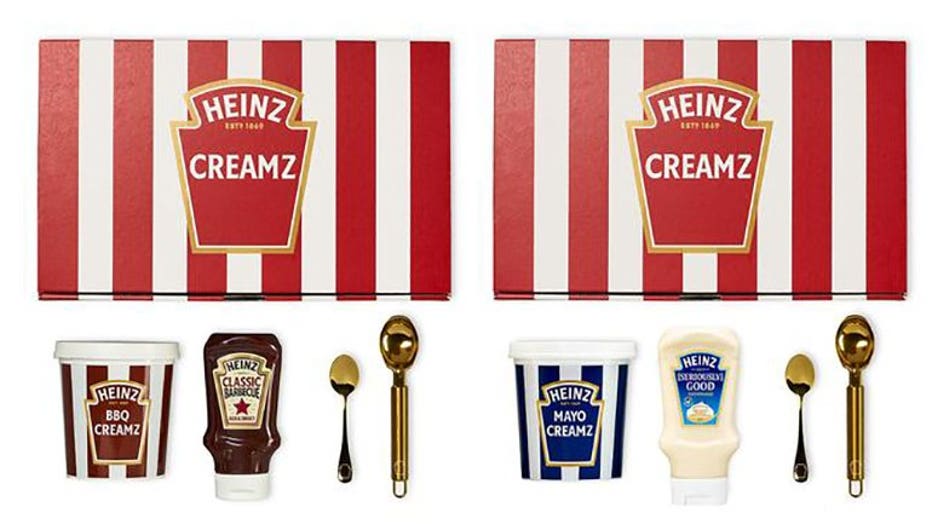 Each kit comes with a recipe card, as well as reusable tub to store the ice cream, a golden spoon and a golden ice cream scoop, as well as a full-size bottle of whatever condiment flavor you’re choosing. However, you’re on your own as far as providing the milk and cream (and gag reflex).

The kits are retailing for around $17, but at the moment they are only available in the U.K.

But fear not – you can still eat frozen ketchup for dessert if you really want to – regardless of where in the world you are located.

The kind hearts at Heinz have released the recipes online for those dedicated enough to condiments to want to turn them into a post-meal treat. You’ll have to bring your own ice cream scoop, though.