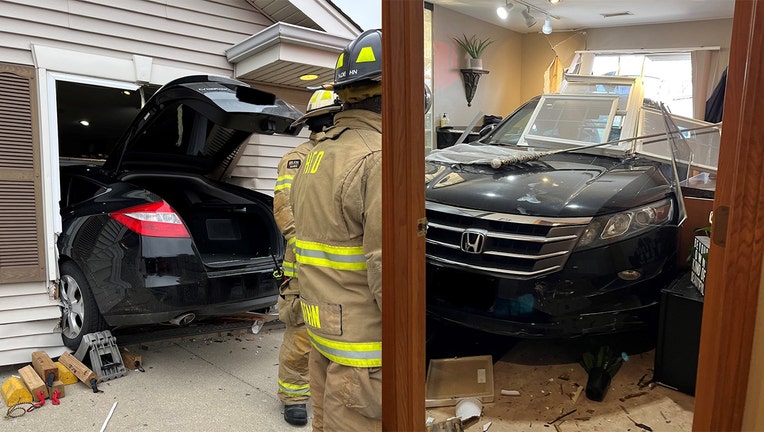 According to the fire department, the driver was initially trapped inside the car with unknown injuries – but was able to get out on their own.

The driver's injuries were unclear; they declined transport to the hospital.

Fire crews stabilized the car and checked the building before removing the vehicle. No one inside the building was injured, the fire department said.

The Hartland Police Department and Lake Country Fire and Rescue assisted at the scene. Police are investigating the crash.

A wanted Milwaukee man was arrested after a police chase from Columbia County into Marquette County early Tuesday morning, April 5.