Cleaning up from snowstorm in Milwaukee

Cleaning up from snowstorm in Milwaukee 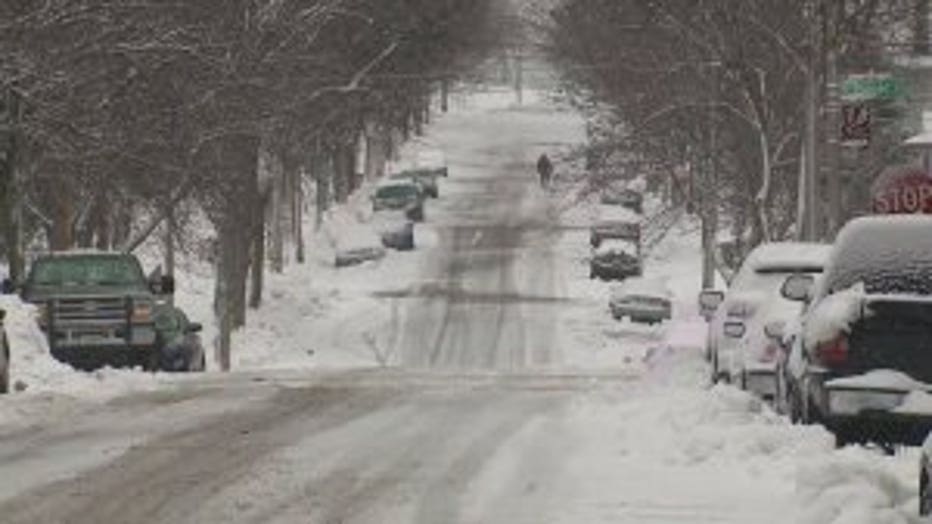 MILWAUKEE -- The snow from our spring winter storm continued to fall on Monday, April 16 as many continued cleaning up after a messy weekend! Many said they're more than ready for weather that looks and feels like spring.

As if Monday morning wasn't difficult enough, before they could get their day going, many had to dig out from under heavy, wet snow that covered Milwaukee's east side.

"It's wet. It's heavy. It's ice. It's just disgusting," said Emily Preskar. 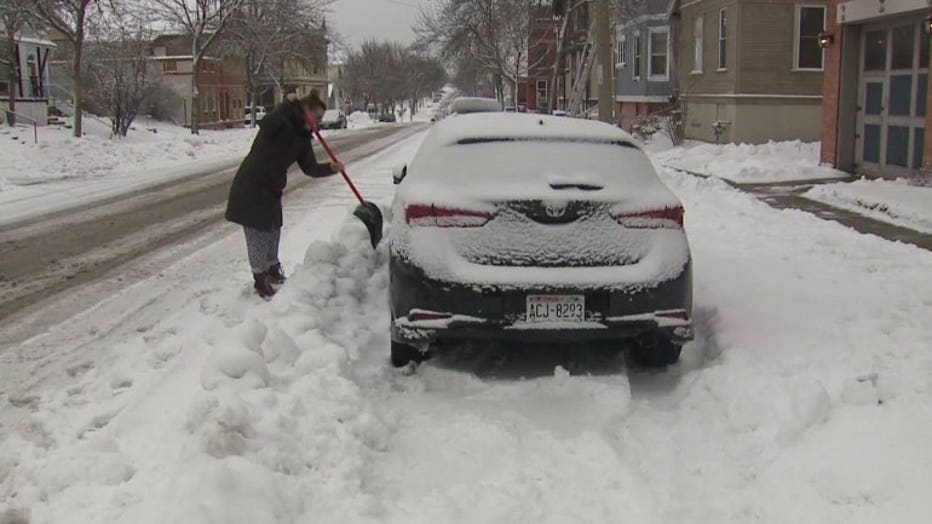 Some tackled it one pile at a time.

"It may take all day, so good thing I have off work," said Preskar. 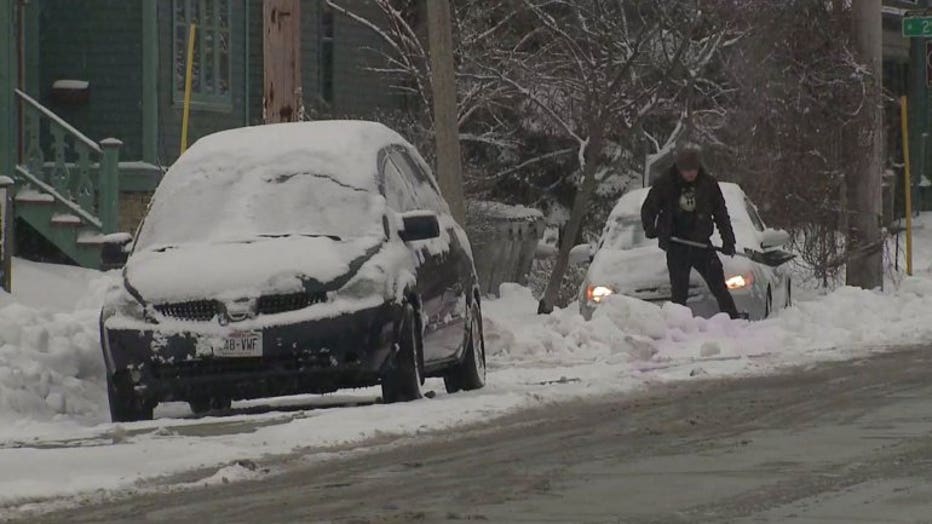 On another set of wheels, Anthony Casagrande stuck to his routine, pedaling through the changing conditions.

"It's always fun and unpredictable to come out here with a bike," said Casagrande. 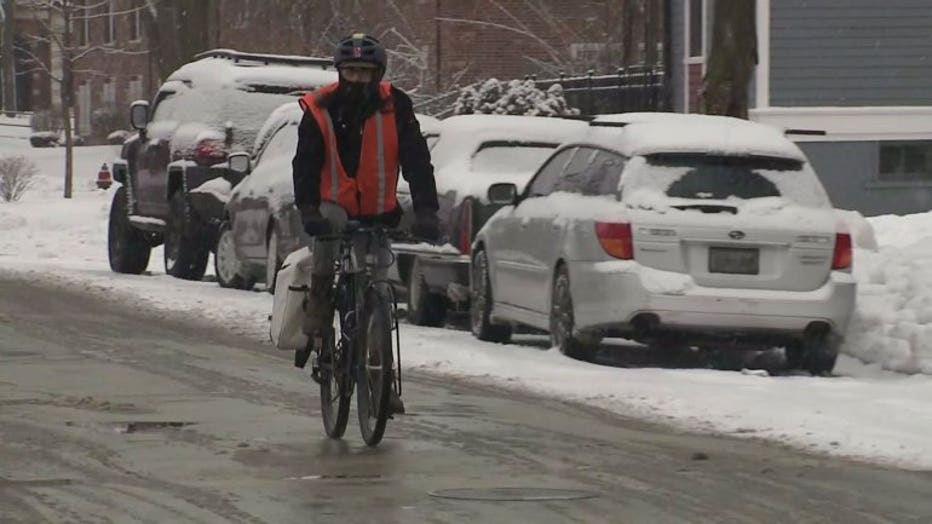 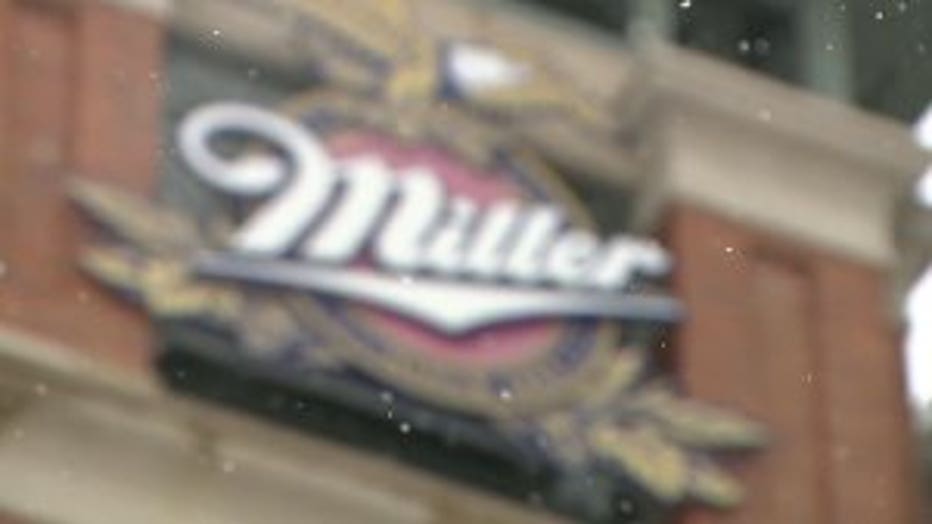 At Miller Park, grounds crews cracked ice and cleared the way ahead of Monday night's game vs. the Cincinnati Reds.

"I don't think we've ever had to do this in the entire time here," said Michael Boettcher, director of grounds.

The good news for Brewers' fans was that the roof would be closed for Monday night's game, and the temperature inside would be comfortable. 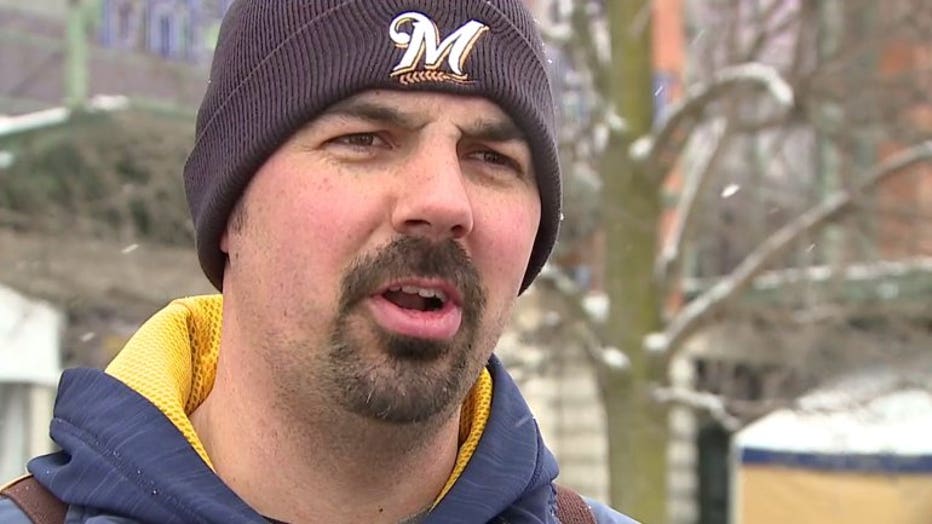 In Bay View, Diane Betker faced boulders of snow in her driveway.

"It's hard as a rock. It's like lifting concrete. I like the light, fluffy. This is too heavy. My gloves are soaking wet," said Betker.

She said she hopes a warm-up is on the horizon, as we all do! 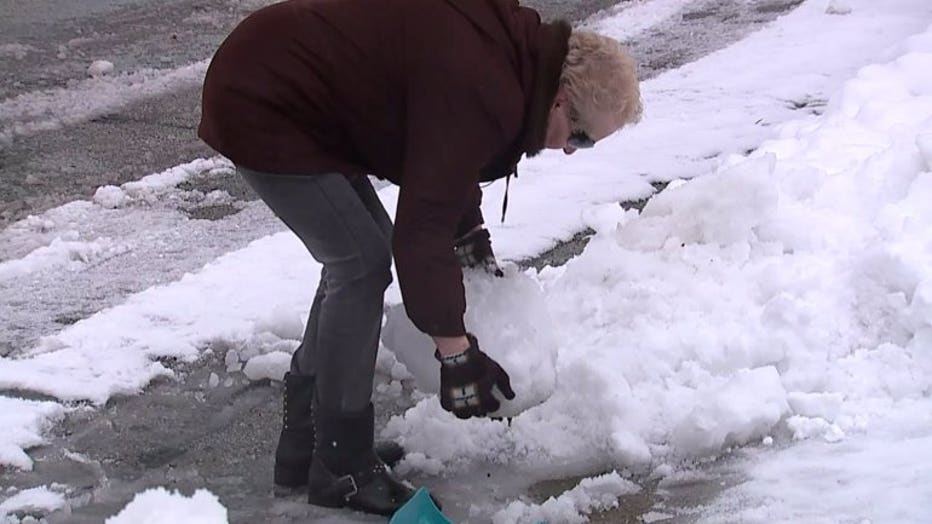 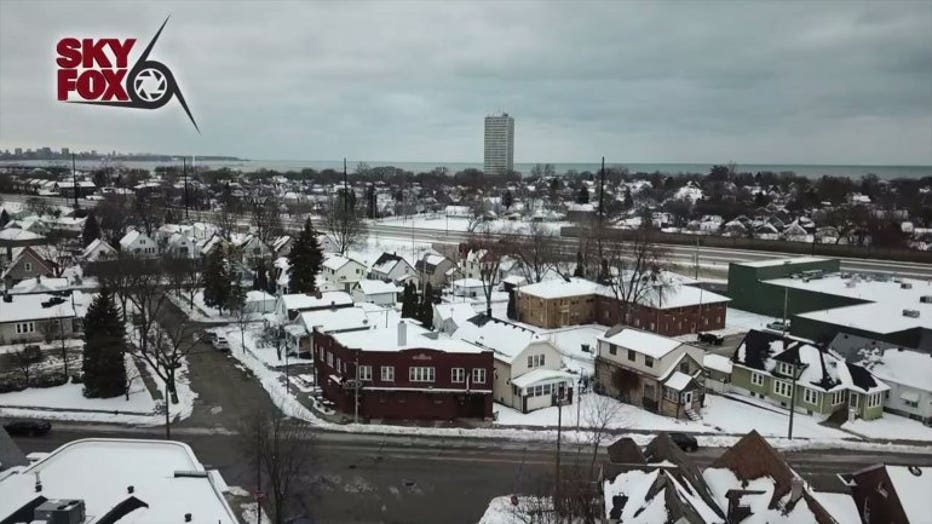 "I was scraping snow off a rocking chair and summer furniture on the porch. Oh well! Spring is near," said Betker.

Most said they weren't upset by the snowfall, as this unpredictable weather comes with living in Wisconsin.