LAKE GENEVA — He's charged with driving drunk and killing his friend, but a Lake Geneva man still has a valid driver's license. How can that be? Turns out, it could be another loophole in Wisconsin's drunk driving laws.

Deep in the Northwoods of Oneida County, Wisconsin, the roads can be narrow and treacherous.

"Very winding, very thin. Only two lanes. A little bit hilly, definitely twisty," said Sheila Lockwood, whose son, Austin Lockwood, was a passenger in a car on Military Road in the town of Three Lakes last June, when the car struck a tree.

Three hours later -- and 300 miles away -- Sheila was jarred from a sound sleep.

"There was two police officers standing at my door," Lockwood recalled. "They kept asking me to sit down, and I said, 'No. What do you want? Why are you here?' And, they said they're sorry. That there was an accident." 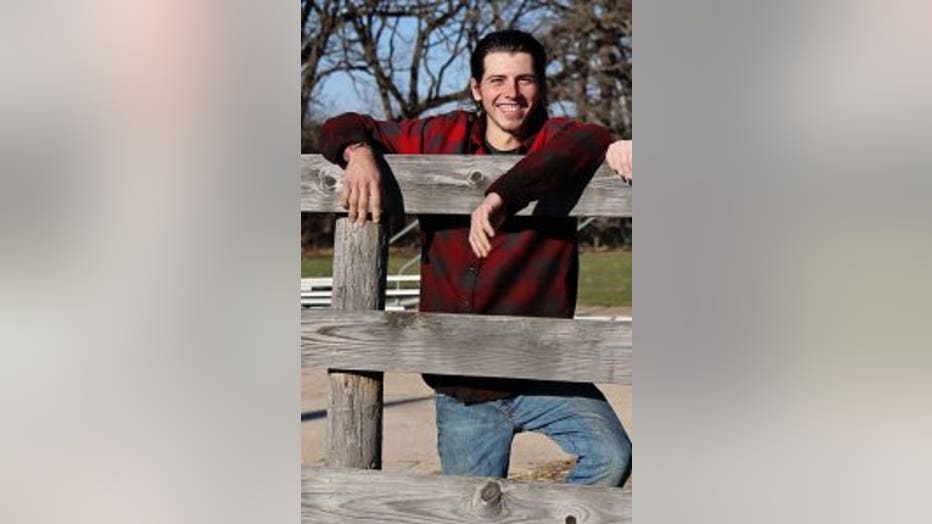 23-year-old Austin Lockwood was a passenger in a car driven by Eric Labahn when he crashed in June 2018. Lockwood was killed. Labahn's blood tested at .117

It is a nightmare from which she will never wake.

"I don't have a normal life anymore," she said.

Lockwood raised three children as a single mom in McHenry, Illinois. At age 23, Austin was the oldest.

"He was so comfortable in himself," Lockwood said.

He was self-confident, playful, athletic and the one, his mom said who was most likely to help a friend.

The last picture taken of Austin showed him cleaning the gutters of a Northwoods cabin owned by the family of his friend, 23-year-old Eric Labahn.

"He was just going up for the weekend," Lockwood said.

Later that night, the two young men went drinking at a lakeside tavern.

"I guess they were only a mile from the cabin," Lockwood said.

According to police, they were driving back at nearly two o'clock in the morning when Labahn came speeding around a winding curve, lost control of his Chevy Trailblazer and slammed into a tree with so much force it crushed the passenger side dash and door into Lockwood —killing him.

Labahn told a nearby homeowner he had swerved to miss a deer. He repeated that story to police.

"Maybe if you were driving the speed limit on the right side of the road, maybe I'd believe it," Lockwood said. 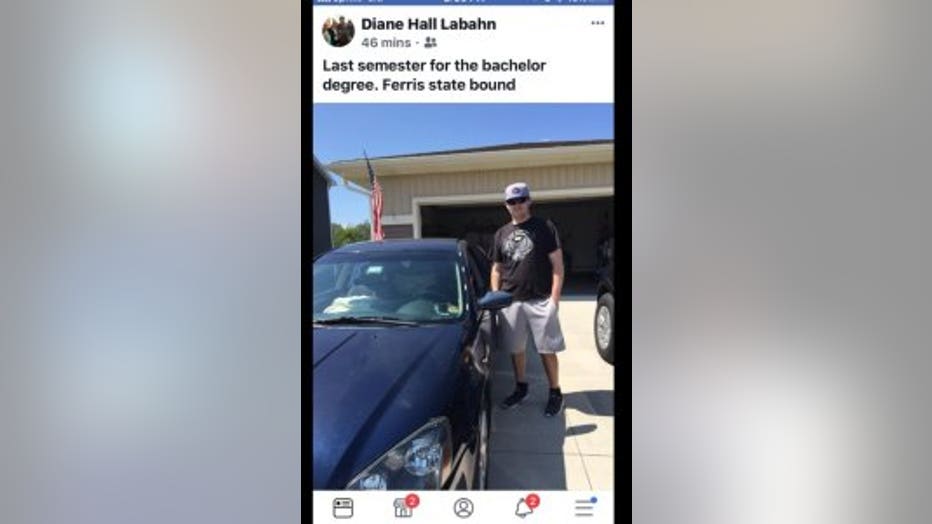 23-year-old Eric Labahn was charged in August 2018 with a drunk-driving related homicide. However, no hearing has been held on his refusal to take a blood test, so he still has a valid drivers license.

Blood tests would later show Labahn had a blood alcohol concentration of .117. He was charged with  a drunk driving-related homicide; a crime that carries a mandatory driver's license revocation for five years. But eight months after the deadly crash, a FOX6 investigation found Labahn still getting behind the wheel -- doing so with a valid Wisconsin driver's license.

"Knowing that he's hopping in and out of his vehicle like nothing happened, it's frustrating. It breaks my heart," Lockwood said.

Representative Jim Ott, R-Mequon, has been a longtime advocate of strengthening the state's drunk driving laws. He's helped push for changes that made the fourth offense a felony. More recently, he helped close a loophole that ensures OWI offenders cannot get behind the wheel without a court-ordered ignition interlock device.

Every time they close one loophole in the law, it seems, he learns about another one. 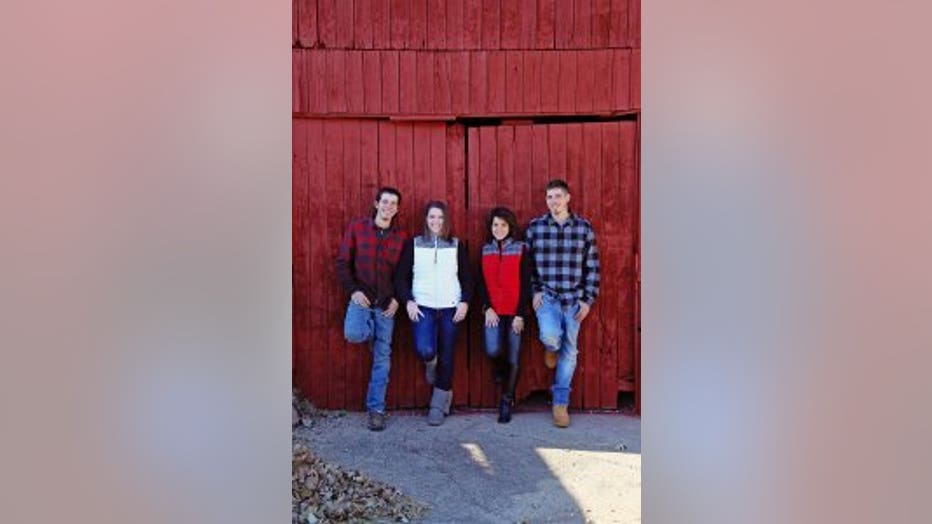 Sheila Lockwood raised three kids as a single mom in McHenry, Illinois. A fourth child -- her first -- passed away from SIDS as an infant.

In Labahn's case, the issue began with his refusal to submit to a blood test shortly after the crash.

Under Wisconsin law, if you voluntarily submit to a breath or blood test and fail, your license is automatically suspended for six months. Refuse and your license is revoked for a full year.

However, if you refuse, you have the right to a hearing before the revocation takes effect.

"What message does that send to a drunk driver?" FOX6 Investigator Bryan Polcyn asked Lockwood's mother.

In Labahn's case, the judge has yet to hold a hearing on the blood test refusal, because it's connected to a homicide case that is still pending. That means, Labahn still has his license to drive. 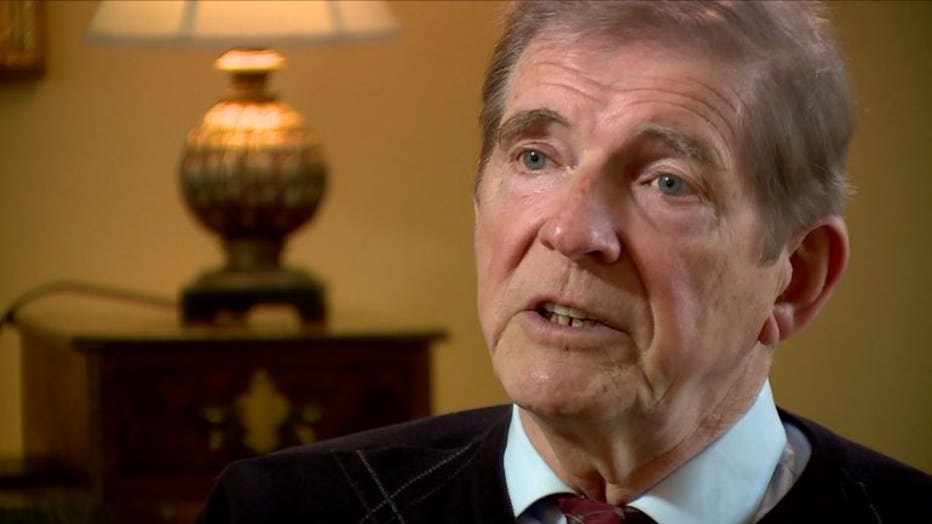 State Rep. Jim Ott (R-Mequon) says he is willing to pursue legislation if there is, in fact, a legal loophole to be closed. He is already pursuing other drunk driving legislation this session.

"If there's something in our statutes that could be fixed to avoid cases like this, I'm certainly willing to pursue it," Rep. Ott said.

For Lockwood, the unchecked driving privilege was just another slap in her tear-stained face.

"You're just walking around like nothing happened and we're sitting here so broken," Lockwood said.

Two weeks after the crash, Labahn was photographed with friends who were laughing, drinking and doing shots together.

"I was trying to figure out how do I breathe, how do I get through my day," Lockwood said.

"And he's at a party," Lockwood echoed. 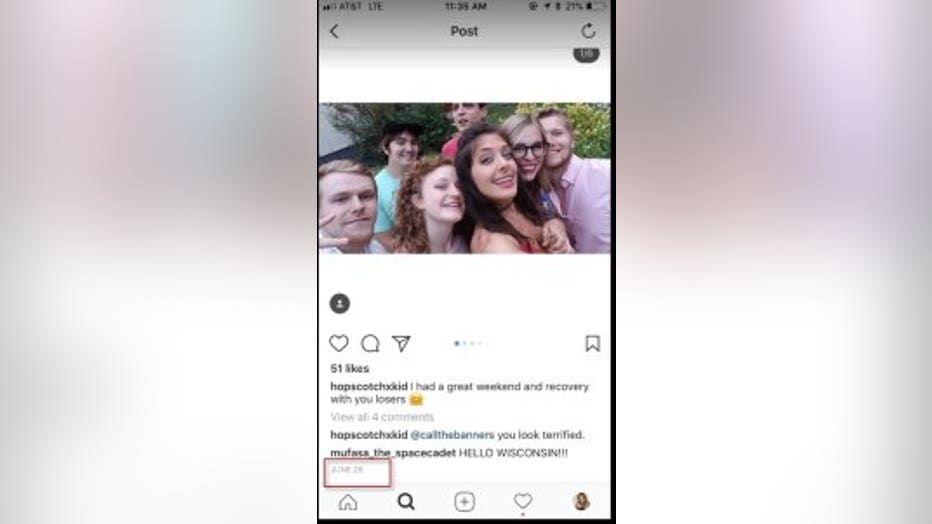 Sheila Lockwood provided FOX6 with this Instagram photo that shows Labahn with friends, some of whom appear to be drinking alcohol, 15 days after the crash. Labahn tells FOX6 it was a friend's graduation party thrown by his parents. While others may

Labahn told FOX6 it was a graduation party -- his first time out of the house since the crash, and that he did not personally consume any alcohol. But it was little consolation to Austin's mother.

Six months after the party, as Labahn graduated from college, his family gushed on social media about his incredibly bright future.

"I was angry. Austin graduated May 12th," Lockwood said. "And he had a really bright future too and that was taken away from all of us."

If he's convicted, Labahn is likely to spend some amount of time in prison, but Austin Lockwood's fate has already been decided.

"Austin was up there helping someone and paid for it with his life," his mother said. "And we're stuck here with a life sentence without him."

Labahn has no prior drunk driving conviction and he's pleaded not guilty to the homicide charge.

If convicted, he faces a maximum of 25 years in prison.

Under current law, there is no minimum sentence. That is something Rep. Ott would like to change for future cases. He recently introduced a bill that would set a five-year minimum sentence for a drunk driving related homicide.