Google Trends has released the words people in each state have struggled to spell — and perhaps the most shocking revelation came from the Badger State!

Wisconsinites apparently have the most trouble spelling the name of their own state. According to Google, “Wisconsin” was the most searched term along with the phrase “how to spell” throughout the state in 2017. 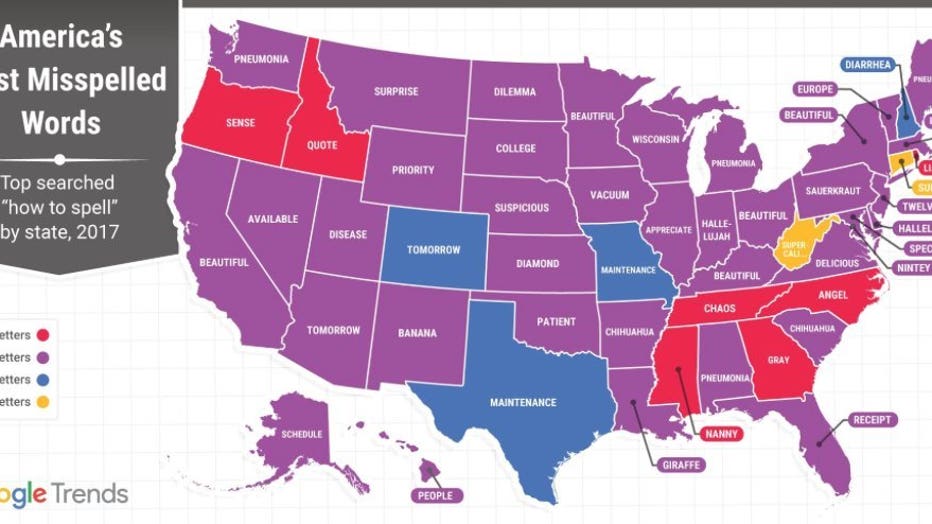 The shortest word Americans had trouble misspelling was the word “gray.”