RACINE COUNTY -- When a Racine County couple married, they wanted to start a family right away, but they knew having children could be challenging. That was three years ago -- and boy, have things changed. 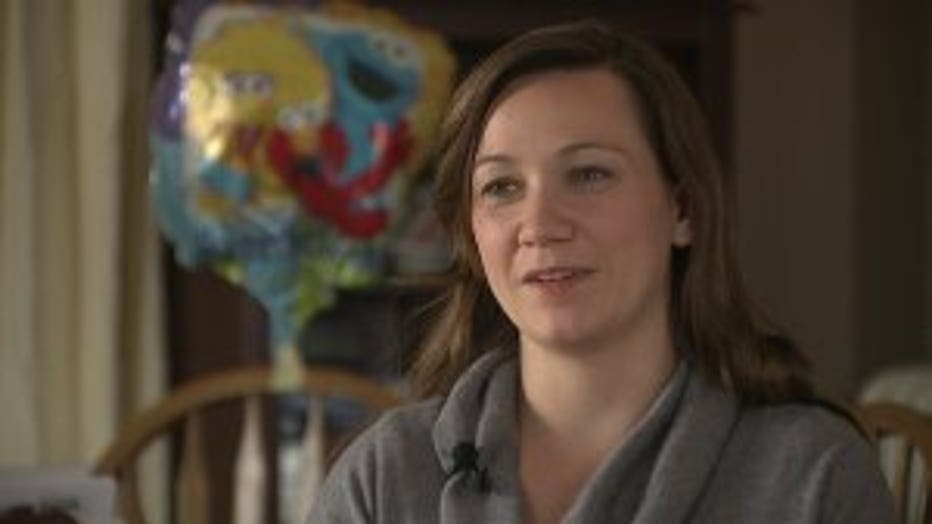 When Craig Kosinski and his wife Carrie settled into 40 acres of Racine County countryside, they knew there would be plenty of room to grow as a family.

"I grew up in a big family. Growing up, I had always wanted like 18 children, was my number," said Carrie Kosinski.

But doctors had troubling news for the newlyweds.

"I had been seeing a doctor and they said it was going to be very difficult for us to get pregnant on our own," Carrie Kosinski said.

Slide the clock ahead three years -- and you'll count four children. Craig and Carrie chose to adopt -- two sets of twins from the same mother. 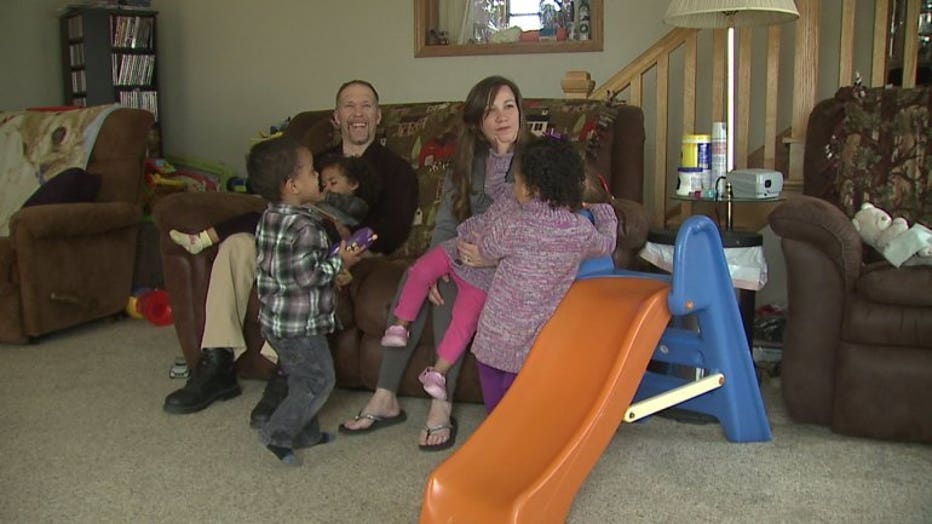 Craig and Carrie Kosinski and their four children 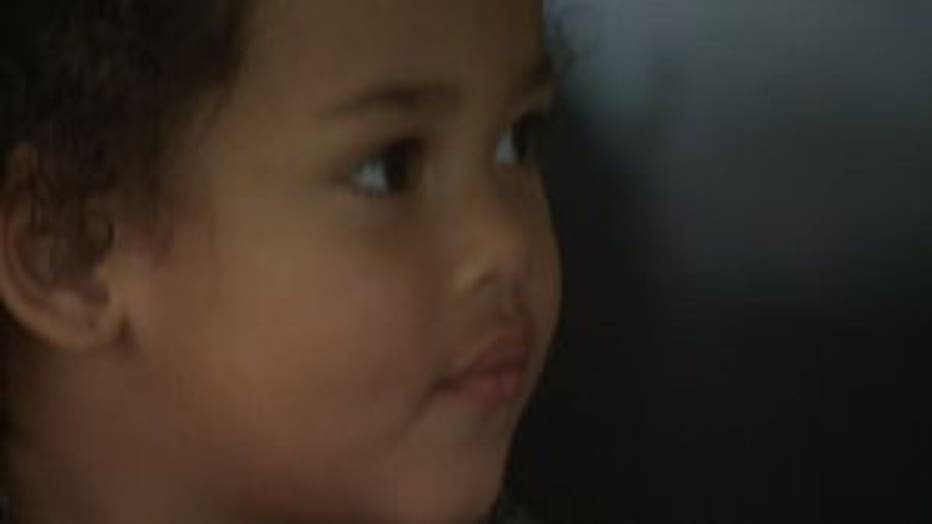 "Well, it was part of the plan, but maybe not quite exactly how it's all turned out though," said Craig Kosinski. 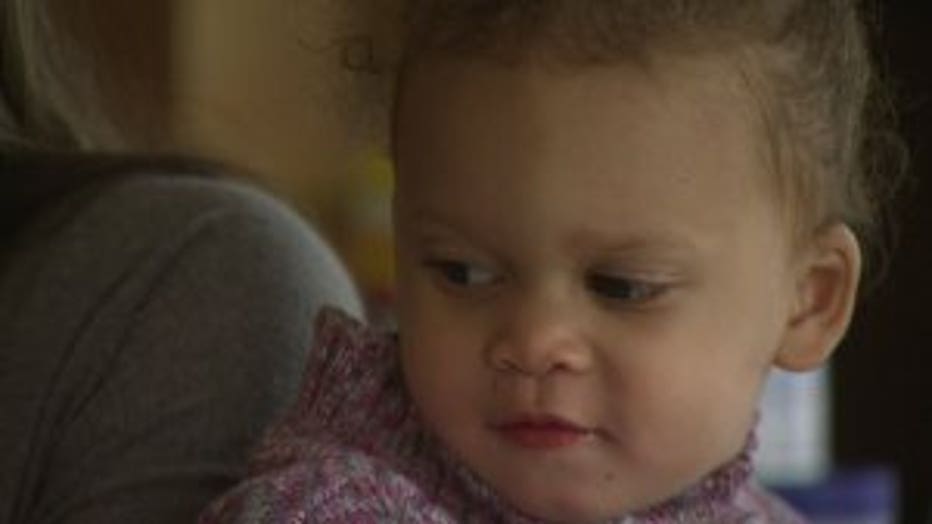 Carrie said adoption is something she's been thinking about since she was a little girl.

"Well, I was adopted. So prior to us getting married, I had talked to him about adopting because that was always on my heart," Carrie Kosinski said. 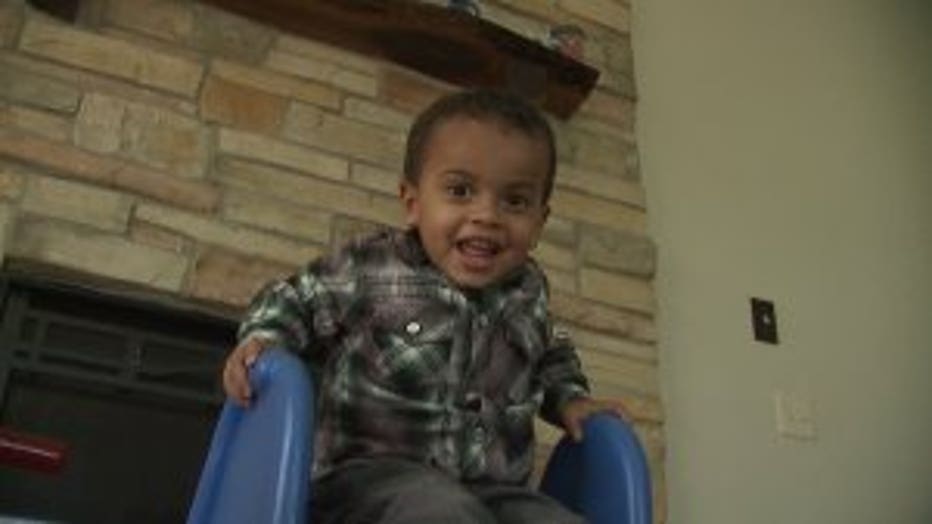 This young family wasn't done growing after adopting the first four children. With the help of doctors, Carrie became pregnant -- and on February 28th of this year, she gave birth to twin little girls -- each weighing one pound, six ounces. And here's the truly ironic part -- February 28th is also the birthdate of the two previous sets of twins. The newborn twins, more than 10 weeks premature, are still at Children's Hospital of Wisconsin. 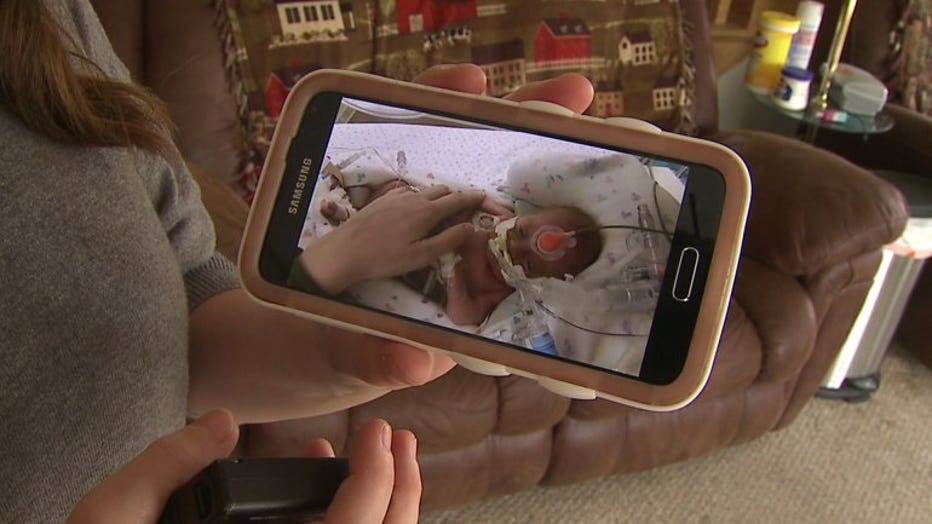 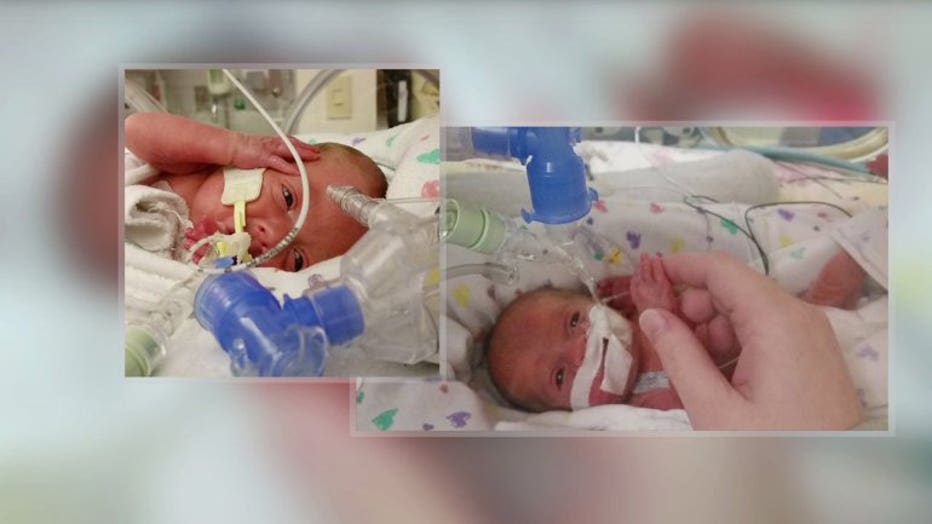 The Kosinski family is now dominated by girls. But the proud parents tell FOX6 News, they wouldn't mind trying for another boy.