MURRELL'S INLET, S.C. -- Two good Samaritans recovered $1,300 blowing down a South Carolina highway Tuesday morning, May 26, and helped return the cash to the elderly person who had lost it, authorities said.

Linwood "Woody" Smith and “Jonathan” Omar Saldivar found the money blowing along Highway 17 in Georgetown County at around 10:30 a.m., the sheriff’s office wrote in a Facebook post.

“As a result of their quick and honest actions, the money was returned to the elderly owner who was actively searching for it,” the post reads.

To thank the duo, the sheriff’s office proclaimed them “honest men” and posted a picture of them smiling alongside a patrol vehicle.

Community members praised the two men – including a few people who apparently already knew them. 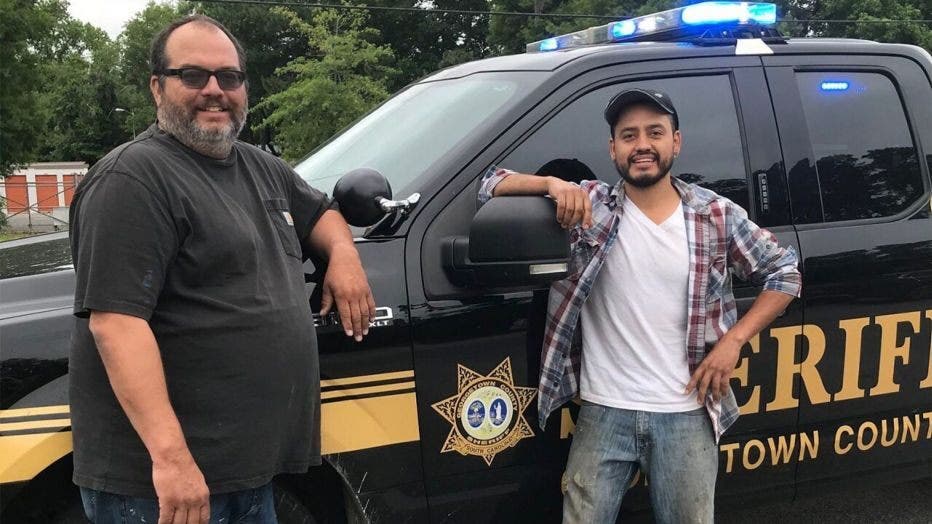 To thank the duo, the sheriff’s office proclaimed them “honest men” and posted a picture of them smiling alongside a patrol vehicle. (Courtesy: Georgetown County Sheriff's Office)


It’s unclear how the victim dropped the money, but they may have been shopping at a farmer’s market nearby.

The act of kindness comes as many people around the country are struggling with unemployment, layoffs and shuttered businesses due to the coronavirus.

South Carolina Gov. Henry McMaster eased some restrictions over the past two weeks as the state reopens incrementally.

“With our increased capacity for testing the people of our state, it is time to responsibly and gradually get these small businesses back up and running,” he said at the time. “We have an opportunity to set an example for the rest of the world by reinvigorating our economy while staying safe, but we can only do that if South Carolinians continue to follow the advice and recommendations of our public health experts.”

Georgetown is on South Carolina’s coast, south of Myrtle Beach and north of Charleston.

Anyone else who found money in the area is asked to contact the sheriff’s office.