MILWAUKEE -- Three men from Milwaukee are now charged in connection with a series of violent crimes that occurred between December 2015 and May 2016. Those three men are 34-year-old Herman Highshaw, 22-year-old Akeam Williams and 29-year-old Shundale Joshua. A fourth suspect identified in the criminal complaints, Demarion Allen, is deceased, and one of the suspects you see pictured below is accused of killing him -- shooting him and burning his body. Prosecutors say this "robbery crew" targeted drug dealers in the city.

The charges filed against the three suspects include: 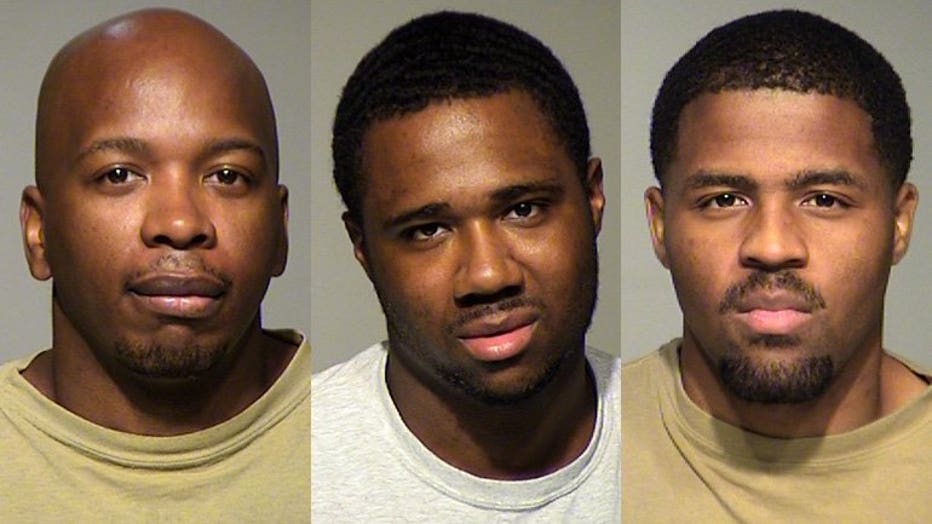 The criminal complaints against the three suspects indicates they are "either known members or associates of an armed robbery 'crew' that operates within the City of Milwaukee, and targeted suspected drug dealers." The three criminal complaints detail multiple incidents from December 2015 through May 2016. 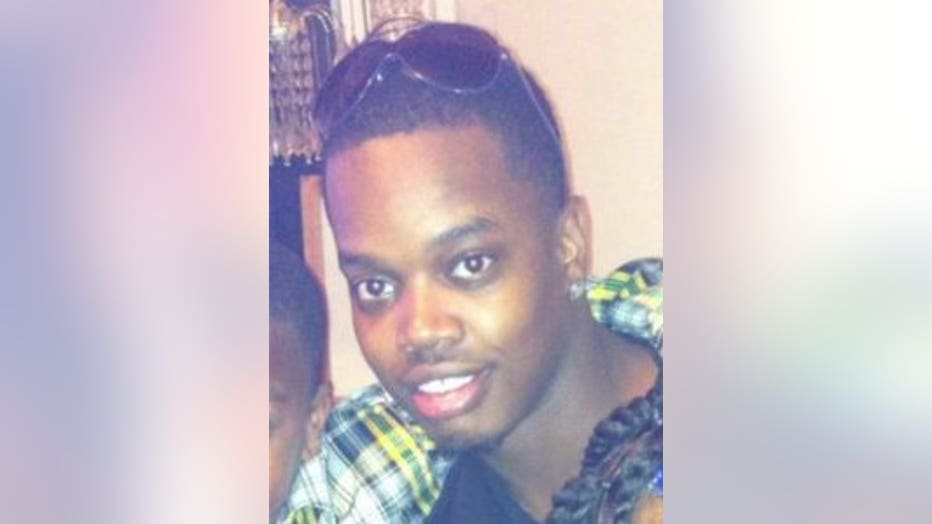 The first incident described in the complaints is the homicide of Demetrius Baker on December 3, 2015. Baker was found fatally shot in front of a residence near 6th and Wright in Milwaukee. Investigators say Baker and three others were using two vehicles as "mobile drug houses" as a means to sell narcotics.

Investigating officers found 19 spent bullet casings from two different weapons at the scene of the crime -- 16 casings from one weapon, three from the other. An autopsy of Baker determined "he had suffered seven gunshot wounds" and died as a result of those wounds. Baker had also been found in possession of more than $2,200 in cash.

The complaint indicates several confidential informants told police about this incident. One stated "Akeam Williams was bragging about how the group (Williams, Shundale Joshua and Demarion Allen) had robbed and killed Demetrius Baker, known as 'Meechie.'" The three had apparently taken Baker's Pelle Pelle coat and Cartier glasses -- and "were discussing selling those items." The group also mentioned "they had taken a couple thousand dollars" and roughly 30 grams of heroin from Baker. In the process of robbing Baker, the complaint indicates "the group stated that 'Meechie' was grabbing for something, so they 'killed him.'" 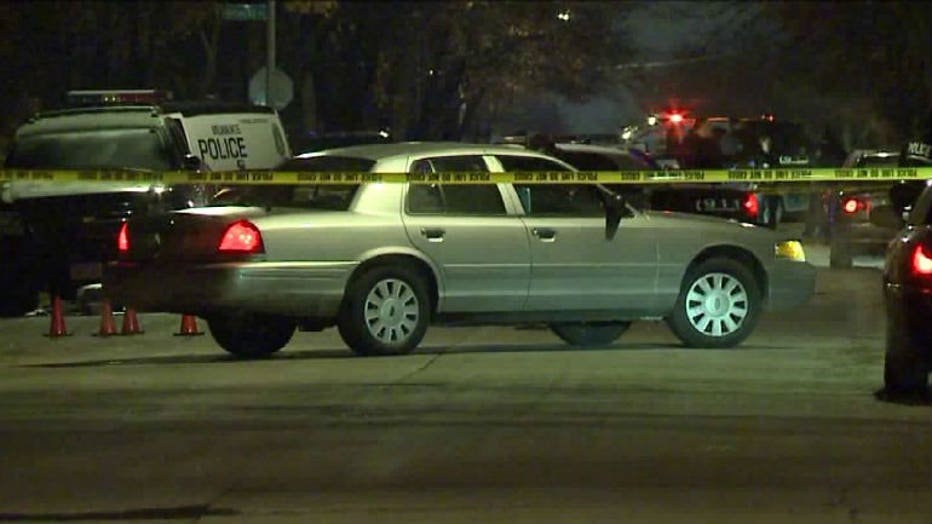 Fatal shooting near 6th and Meinecke

Homicide of Landray Harris (May 2016) 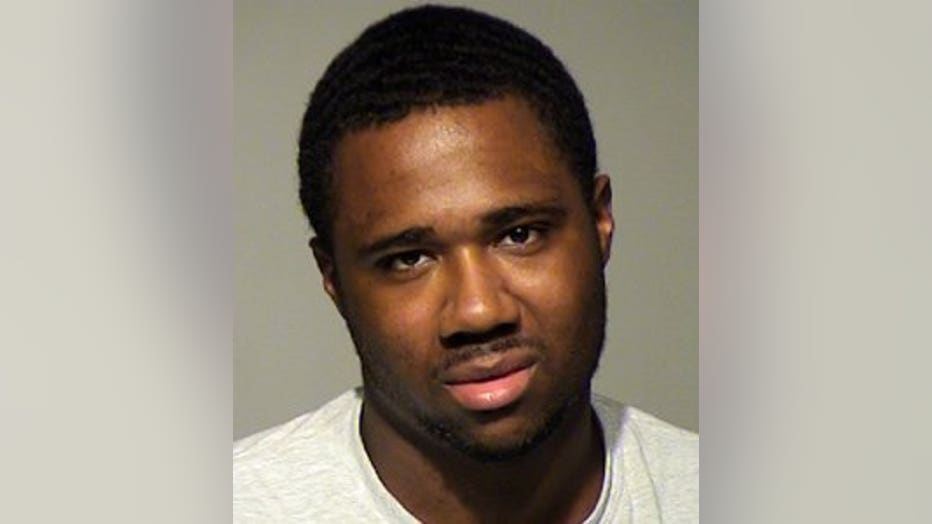 The complaints detailed the fatal shooting of Landray Harris at Richards and Hadley in Milwaukee on May 15, 2016. In this incident, Harris suffered two gunshot wounds.

A statement from a confidential informant to police indicated Shundale Joshua, Akeam Williams, Herman Highshaw and Demarion Allen were driving around N. Richards St. three to four days before the homicide of Harris. The complaint says "Highshaw pointed to someone standing in the street and stated that person was 'sweet,' which is a term that means that the individual sells drugs and will probably have large amounts of cash on him." 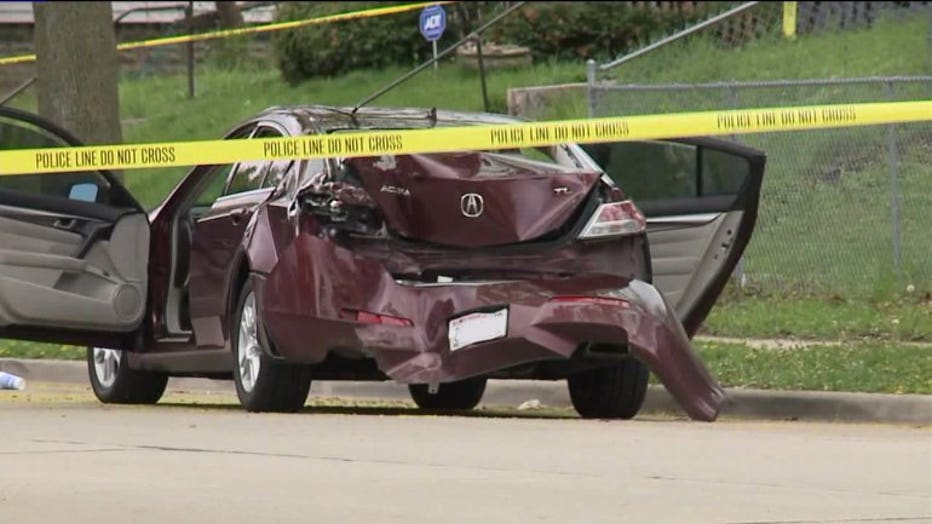 The informant told police the four members agreed to rob Harris. Highshaw and Allen "would park a short distance away and be the getaway drivers." Williams would be the "gunman" and "cover man." The informant said when Joshua and Williams approached the car that Harris was in, "Williams yelled at the occupants and then fired several times into the vehicle." The driver in the car "put the car in reverse and backed up colliding into a tree." Harris, who suffered two gunshot wounds, died as a result of this incident. 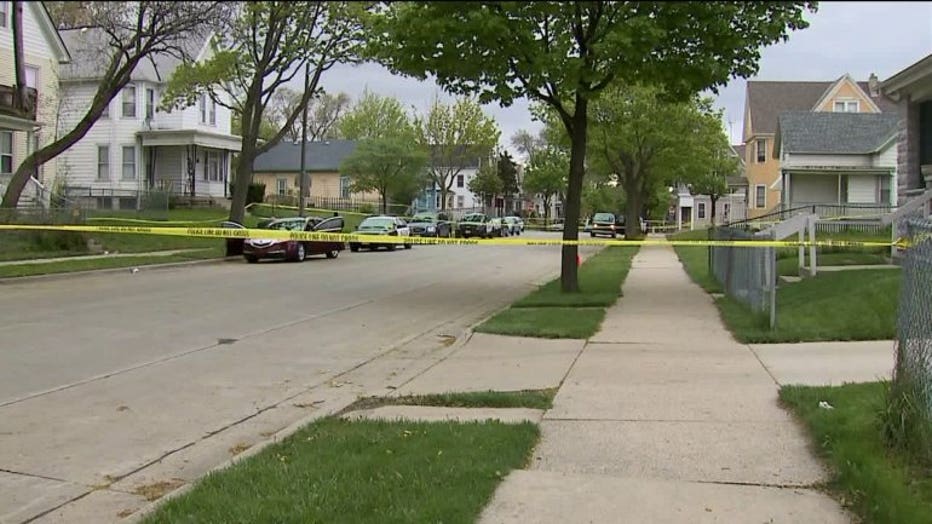 Robbery, kidnapping of person (May 2016)

With an hour or two of the Harris homicide, officials say Williams and Joshua were involved in the robbery and kidnapping of another person. The complaint indicates the victim was parked at a corner store near 39th and Capitol when Williams and Joshua approached the car and got into the vehicle. Joshua "pointed a black semi-automatic handgun" at the victim and then ordered the victim to "take them to the money." 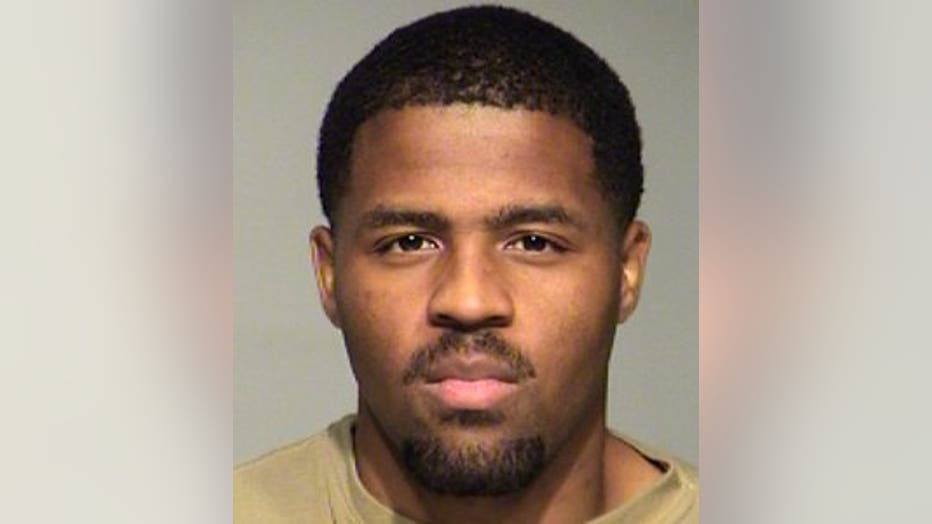 When the three got to the victim's residence, the victim retrieved $200 to $300 from his bed. A third subject said to the victim, "I know there is more." That's when the complaint says Joshua, Williams and the third person began roughing up the victim. The victim eventually went back inside the residence and "retrieved $4,500 - $5,000 and gave it to defendant Joshua."

Security video from the victim's apartment was utilized by investigators to identify Joshua, Williams and the third person -- Demarion Allen. The complaint also says "this video clip in such close proximity to the Landray Harris homicide confirms that Shundale Joshua, Akeam Williams and Demarion Allen were in the robbery crew that targeted" the victim in this incident as well as Landray Harris.

Homicide of Demarion Allen (May 2016)

Lastly, Milwaukee firefighters and police were called to the neighborhood near Appleton and Burleigh on May 27th. They found a body which had been badly burned -- and suffered a gunshot wound to the head. The complaint says "the victim was lying on top of the remains of a blue recycling cart that had melted to the ground." Investigators believe the victim had "either been placed inside or on top of the cart and then set on fire." They noted a "slight odor of gasoline" in the area of the victim. The victim was later identified as Demarion Allen. 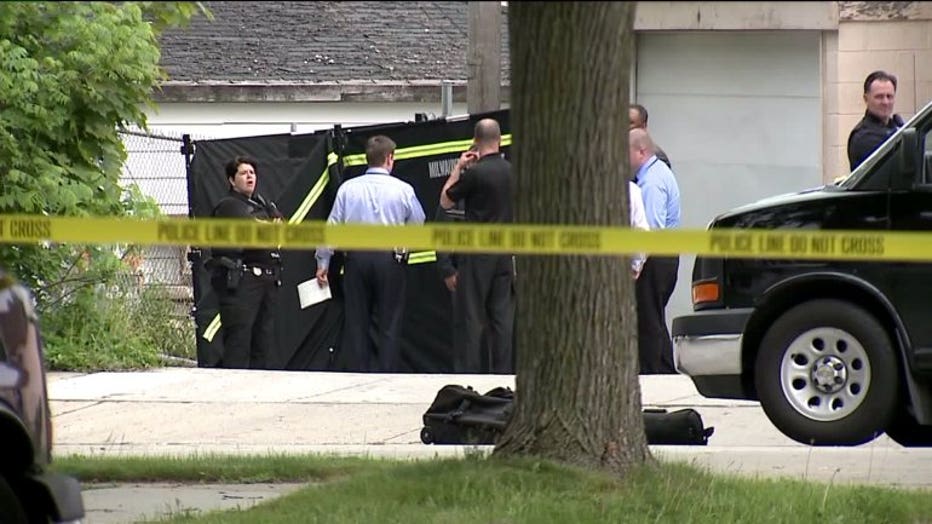 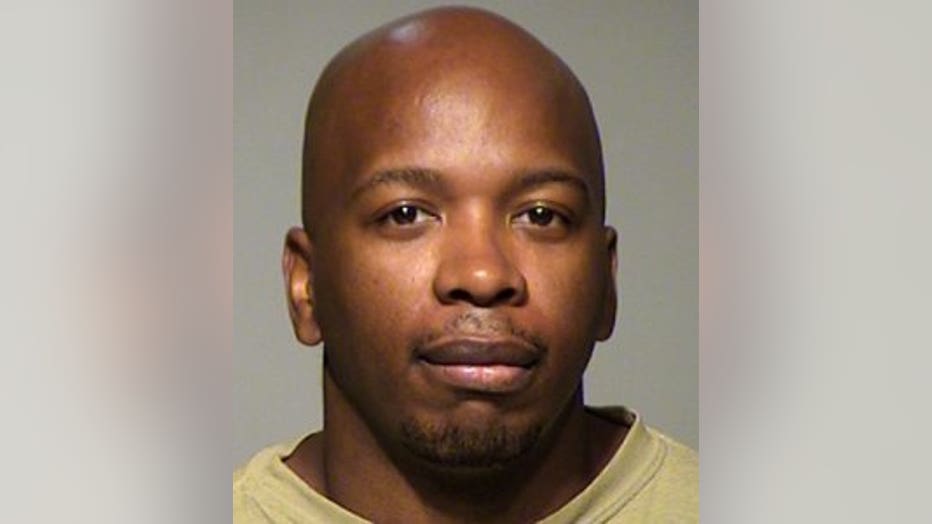 According to the criminal complaint, a confidential informant told police Herman Highshaw killed Allen because he "was nervous that Demarion Allen would cooperate with police if he was caught" and questioned about one of the previous crimes listed in this post.

The crimes listed in this post include the following maximum sentences upon conviction: