MADISON -- Former Democratic Vice President Joe Biden called for more civility and dignity in politics during a rally with Wisconsin Democrats on Tuesday, offering a sharp rebuke of President Donald Trump while telling college students on the University of Wisconsin-Madison campus they can "own" next week's election if they vote. 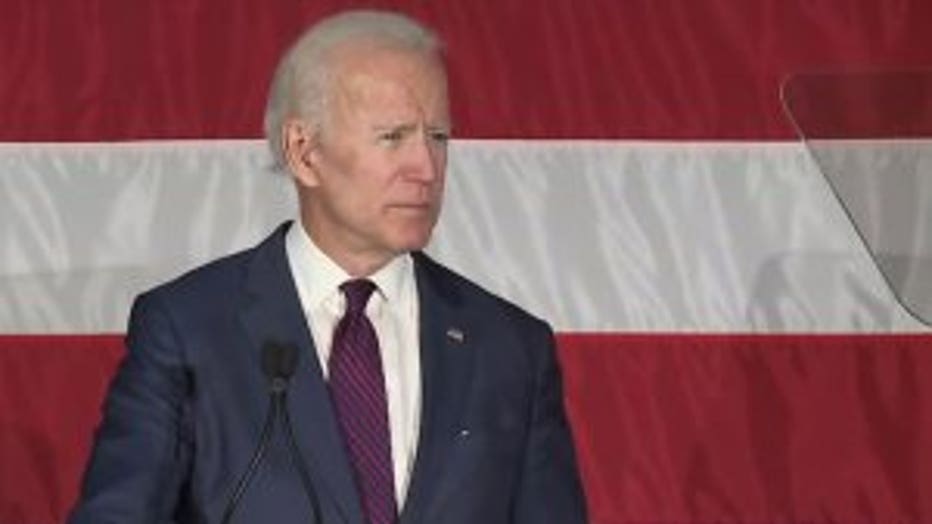 Biden, a potential 2020 presidential candidate who was traveling to Iowa later Tuesday, cast the upcoming midterm election as a "battle for America's soul" and said now is the time to "reset the moral compass."

Democratic candidate for governor Tony Evers and U.S. Sen. Tammy Baldwin joined with Biden at the event that organizers said attracted about 1,000 people, many of them college students. Democrats are working to increase turnout among young voters who did not show up in 2016 when Trump narrowly carried Wisconsin. 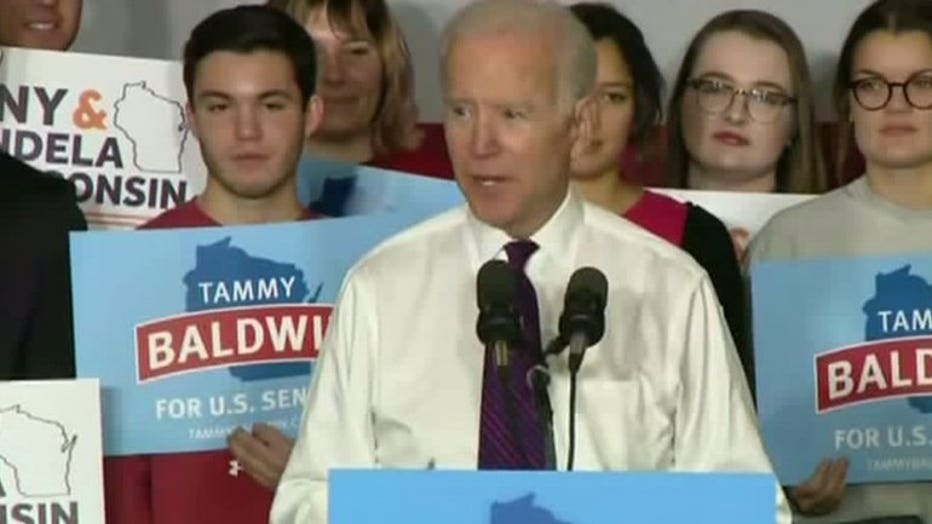 Walker and Evers, the state schools superintendent, are locked in a tight race with the election one week away. Polls have shown Baldwin leading Republican Leah Vukmir, who was campaigning across Wisconsin on Tuesday with the president's son Eric Trump.

Biden, in his call for a change, cited pipe bombs mailed to him and other Democrats, the killing of two black people at a grocery store in Kentucky and the weekend's shooting of 11 people at a Pittsburgh synagogue , saying the forces of hate must be turned back.

"Folks, this is not who we are," Biden said. "We need to recognize that words matter. Words matter."

Biden said to restore the character of the country, people of character must be elected.

"Americans already know who Donald Trump is," Biden said. "The question is: Who are we?"

Walker, in a series of tweets Tuesday, equated Biden plagiarizing a speech from a British politician during his 1988 presidential run with Evers submitting budgets for the state Department of Public Instruction that included seven sections of material taken from other sources without attribution. Evers said the original source of material in his budgets should have been cited, but those responsible were not being disciplined. 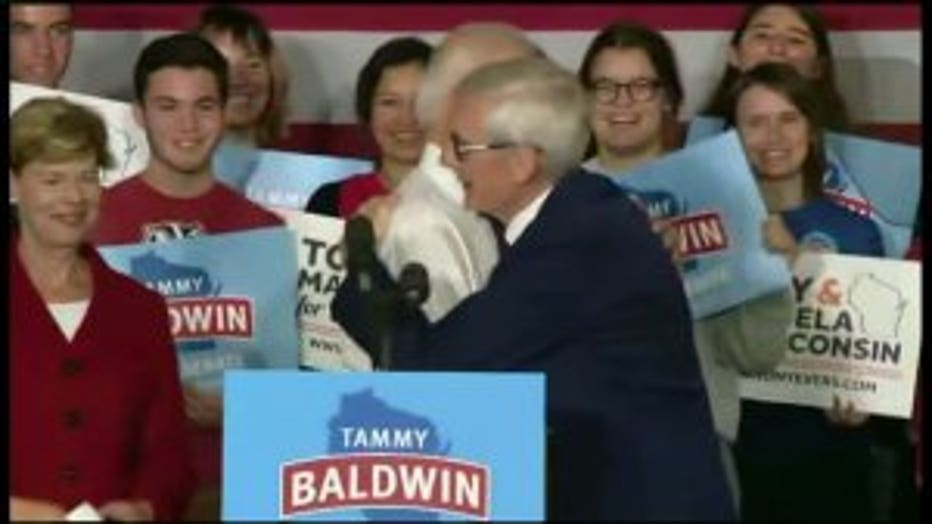 Walker outraised Evers $7.7 million to $6 million between Sept. 1 and Oct. 22, reports show. Walker's fundraising was fueled by $3.5 million transferred to his campaign from the state Republican Party. Of that, $2.8 million was in cash, with an additional $709,000 consisting of in-kind contributions.

Beloit businesswoman Diane Hendricks, a longtime supporter of the GOP and close ally of Walker, gave the state party $1.5 million on Oct. 22, the last day of the seven-week filing period. 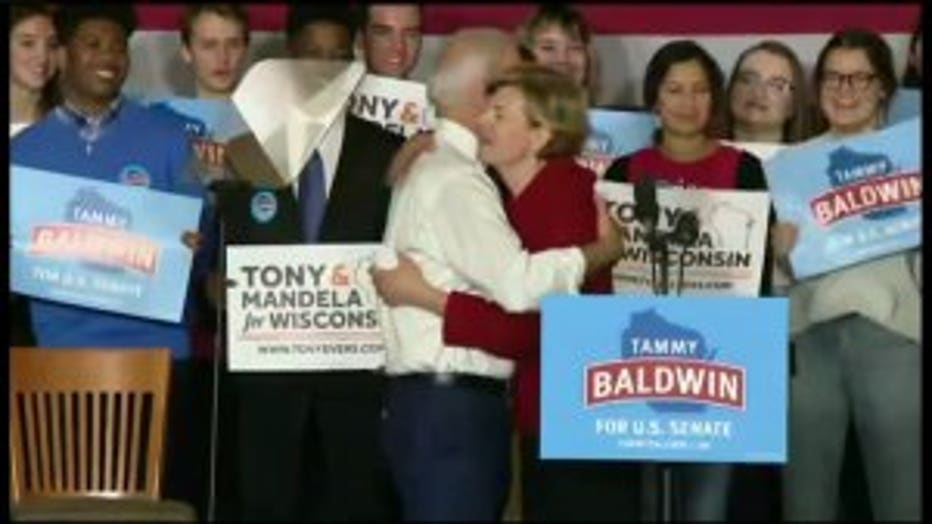 Walker himself reported receiving $25,000 from former New Jersey Gov. Chris Christie and his wife, and $30,000 from the Great America Committee, a political action committee run by Vice President Mike Pence.

While Walker raised $7.7 million, counting the state party contributions, he spent $10.2 million over the period and had $1.6 million in the bank. Walker has been spending millions on television advertising, running 33 ads over the course of the race. Walker and his Republican allies have outspent Evers and Democrats roughly 2-to-1 on television ads.

Evers spent $5.9 million over the reporting period, roughly as much as he raised. 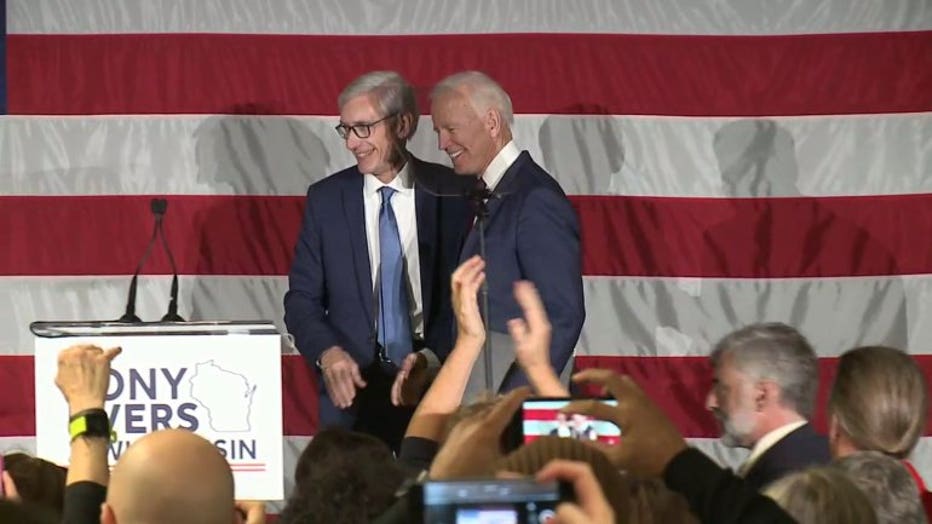 Evers, in an ad released Tuesday, said Walker "does what's best for himself and his donors." Evers' other final ad notes endorsements Evers has received, contrasting that with four former Walker Cabinet secretaries who have spoken out against the governor. Three of them are publicly backing Evers.

Baldwin also released her closing argument campaign ad in which voters voice support for Baldwin, saying she is fighting the opioid crisis, standing up for veterans and making sure that health care is affordable.