At the Beulah Family Homestead, a lot of hands help out. The fields are filled with the unfamiliar, and they are planting more than what grows in the dirt.

ELKHORN, Wis. - At the Beulah Family Homestead, a lot of hands help out. The fields are filled with the unfamiliar, and they are planting more than what grows in the dirt.

A group of kids from Milwaukee’s inner city is learning about life on the farm.

"This is different from my neighborhood," Keisha Walton said. "You don’t really see cows walking down the street, so it’s really different."

Walton is part of the WestCare Wisconsin Junior Action Council. She makes the trek to Walworth County with about a dozen others every Tuesday. 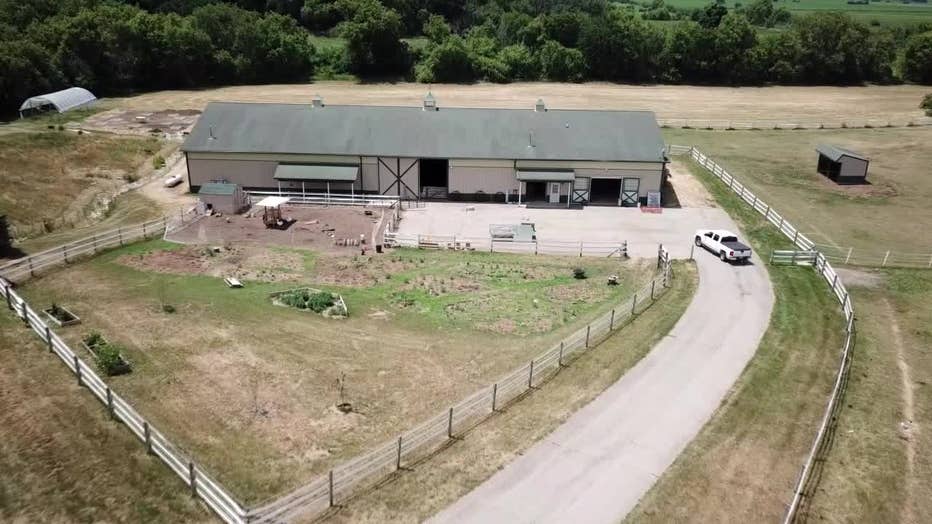 They learn about growing fruits and vegetables as well as raising chickens. The lessons don’t come from a typical farmer, but from someone who is a bit of a student himself.

"It’s a learning curve, I’m still learning a lot, but things are moving in the right direction," Marcus Landry said.

Marcus and his wife, Efueko Landry bought the 13 acre farm in April 2021. They rent an additional six acres. 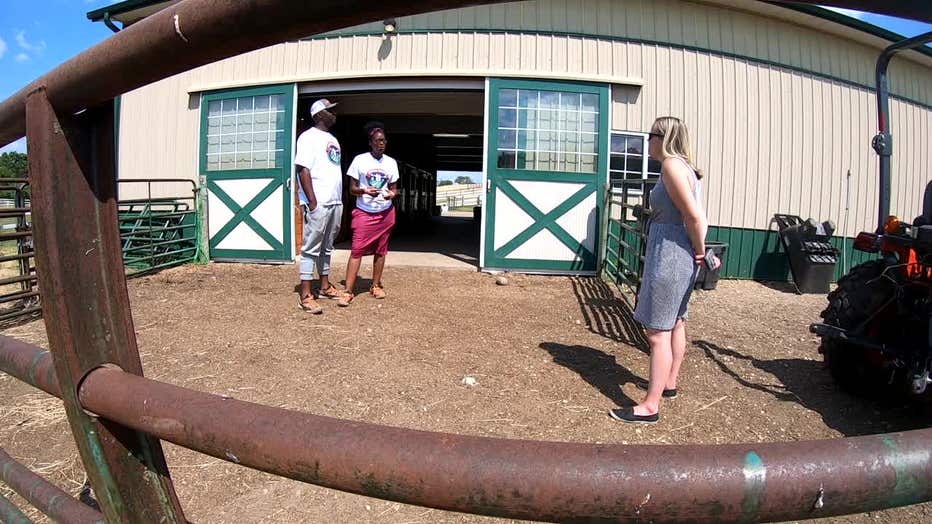 Marcus and his wife are both former basketball players. Efueko played basketball at Marquette University. Marcus dominated the court at UW-Madison. He spent years in the NBA playing for the Bucks and the Knicks. His basketball career took him to places like Italy and South Korea. Landry left the sport in 2020 following an injury.

"I felt like it was kind of time for me to move on from basketball, and this property popped up, and it was the white fence. It was everything that I wanted," he said.

Marcus grew up in Milwaukee’s inner city and has no background in farming, but it was a dream he wanted to follow.

"It happened sooner than what I thought. I thought I’d be playing for five or six more years, but God said the time was now," he said. "I transitioned into it a little earlier than expected." 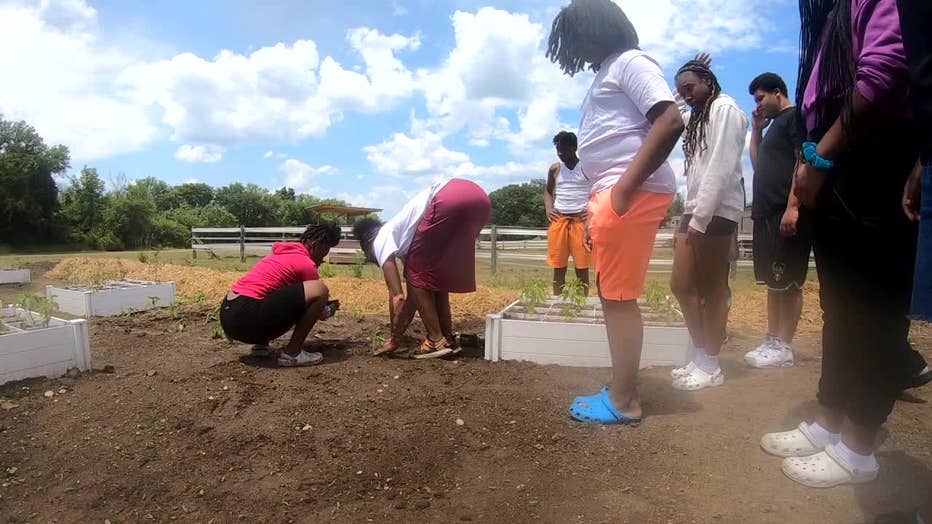 Marcus, Efueko and their kids moved to the Walworth County farm, and they’ve been learning a lot each day.

"Nature does a great job of bringing people together regardless of background, age, gender, it doesn’t matter," Efueko said.

The family put in a lot of work maintaining the farm, and they wanted to share it with others.

"Everybody needs moments where they can actually come to common grounds and work together and love what they’re doing," Efueko said. 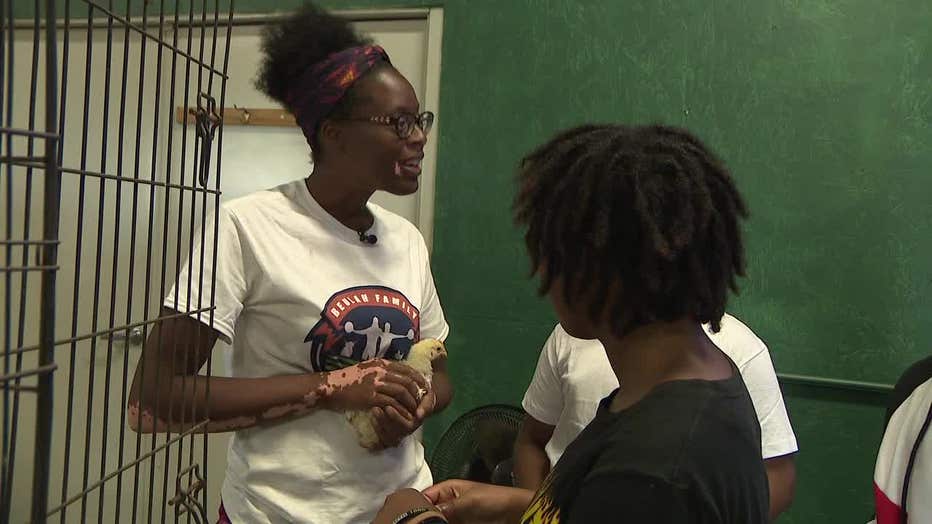 They teamed up with Marcus’ cousin Travis Landry who is the Vice President of Operations at WestCare Wisconsin. They knew it was important to share nature with children who might not otherwise experience it.

"If we change the perspective of the kids, the kids will do things different," Travis Landry said. "They have a purpose. They understand the value now." 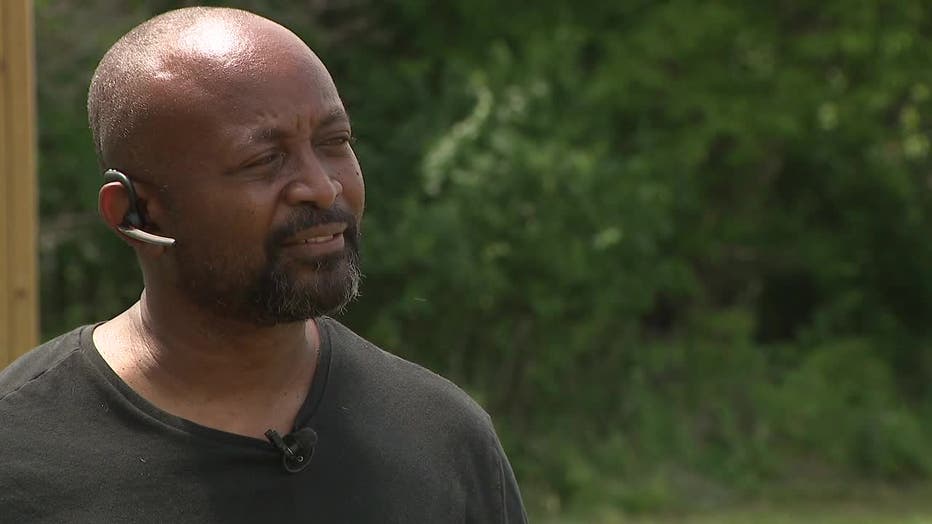 The children have an opportunity to push pause on life in the city and feel the fresh air of the country. The kids get their hands dirty and let down their guards for a few hours a week.

"When they get out here, we’re finding that they really get to be their age and be a kid and just kind of leave life’s problems where they’re at," Marcus said.

The kids are experiencing things Marcus and his wife never did at that age. They wanted to pass along an important message, even in the name of the farm. "Beulah" is from in the Bible.

"It means marriage, marriage is till death do you part, to be committed to it," Marcus said. 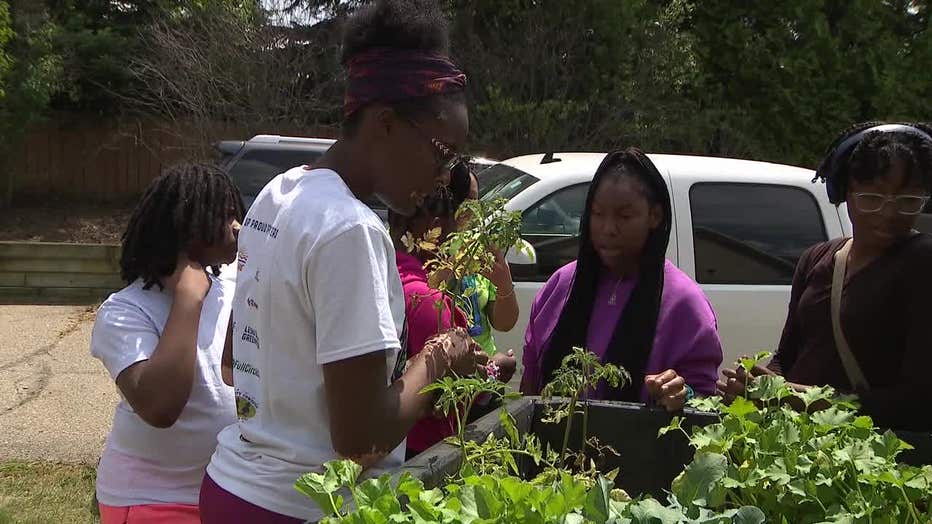 It’s a lesson they try to pass on to anyone who comes to the farm. They want to plant seeds of passion in the young minds that visit, so their ideas and dreams can grow like the plants in the fields.