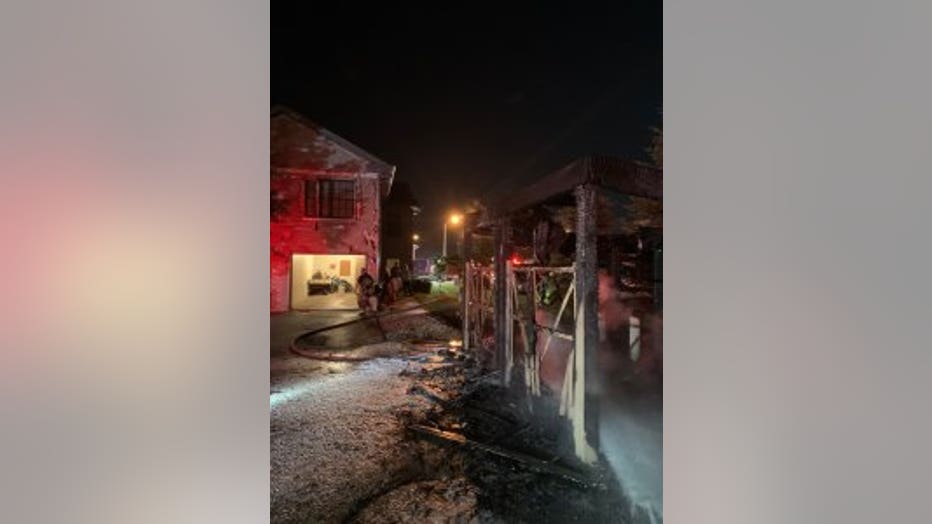 Crews were called to the area of Western Avenue and S. Brooke Street for a report of a dumpster fire around 12:20 a.m. Sunday. When crews arrived, they found a 12-foot by 20-foot enclosed garbage dumpster fully engulfed and causing major structural damage to the nearby apartment building.

Fire investigators are working to pinpoint what exactly started this fire, but according to Assistant Fire Chief Jim Knowles, “This is the third fire involving garbage or recycle containers that our crews responded to within the past two hours.”

Prior to this incident, fire engulfed a garbage container near N. Peters Avenue and W. Scott Street due to improper disposal of used fireworks.

“Throwing away leftover firework debris, duds, or even unused fireworks can be a huge fire hazard," Assistant Fire Chief Knowles said. "The best thing to do is to place consumed fireworks in a bucket and fully saturate them with water overnight before disposing in a garbage container.”

Earlier in the night, crews were called to New Haven Avenue and Carriage Lane for the report of the residential garage on fire. They found that the fire was extinguished by the quick actions of a passerby who utilized an extinguisher after being waived down by the resident.

The fire was located inside the garage and caused damage to a portion of the wall. Fire crews remained on scene for approximately 40 minutes to ensure that the fire was extinguished.

The cause of this fire was due to the improper disposal of used fireworks in a garbage container.