Some recent traffic stops in Fond du Lac County have resulted in major drug busts. In the last month, there have been at least six, finding more than $100,000 worth of drugs.

In the last month, there have been at least six, finding more than $100,000 worth of drugs.

Investigators say the driver actually threw thousands of fentanyl-laced pills out of the car.

Deputies were chasing after that fleeing vehicle when investigators say the driver threw those pills and cocaine into the road. The sheriff's office says the suspect drove the entire length of the county before crashing.

Tuesday night, deputies tried pulling a driver over for an unsafe lane change when the car took off. As it was speeding away, investigators say the driver tried ditching his stash. 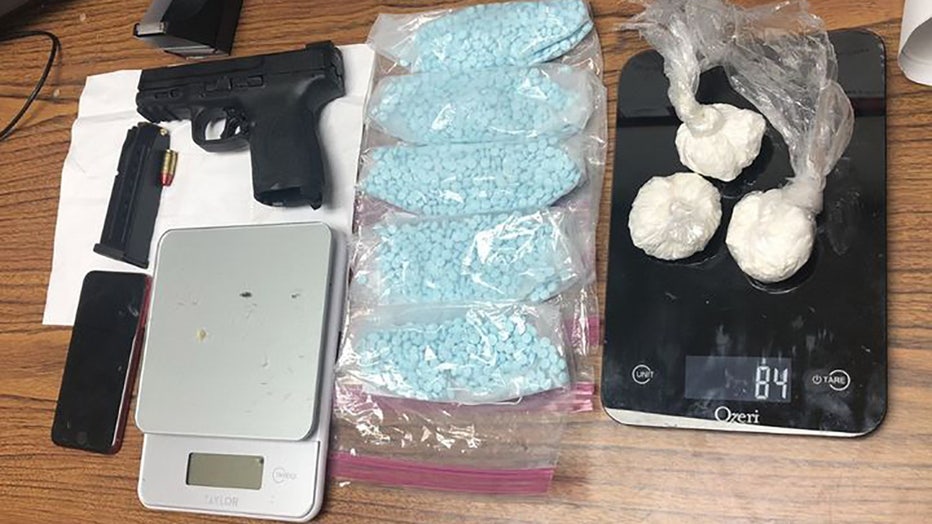 "He threw out cocaine and also there were 2500 counterfeit oxycodone pills that were laced with fentanyl," said Captain Bill Tadych.

A deputy stopped to pick it up, finding $80,000 worth of drugs. It eventually crashed--and the driver was arrested.

In the last month, deputies have found everything from fentanyl-laced pills, cocaine and guns to large amounts of marijuana.

"It’s not only coming from the metropolitan areas, it’s in our community and we don’t want the drugs here," said Tadych.

He says the unusually high amount of busts are happening in part because of the deputies, the sheriff's office work with the drug task force and the county's proximity to three major cities.

"We know there’s a drug problem in Wisconsin and we’re going to continue to tackle that," said Tadych.

Investigators are trying to connect the dots to see if any of these drug cases are related.