WAUCHULA, Fla. -- The city of Wauchula gave the go-ahead for a resident to spray the city's streets with a chemical most of us have in our medicine cabinet: hydrogen peroxide.

"I think every city in the damn United States needs to be doing it. No questions asked," he told FOX 13 News. "I was listening to the different doctors. They were talking about how the virus can stay airborne and I’m like, 'Dang, so can I.'"

When the COVID-19 pandemic struck, he saw an opportunity to use his sprayers to disinfect his hometown. Even if the chemical doesn't come in contact with an airborne virus particle, he believes it would still be beneficial when it lands on the ground.

"What goes up comes down. You didn’t use up your bullet. Your bullet still is going to react when it hits the booger down on the floor."

Over the counter, hydrogen peroxide is usually sold at a 3% concentration. Terrell’s solution is slightly stronger at 5% -- a level he says is perfectly safe.

He sprays the whole town, even AdventHealth, where he sprays the hospital entrance and parking lot. 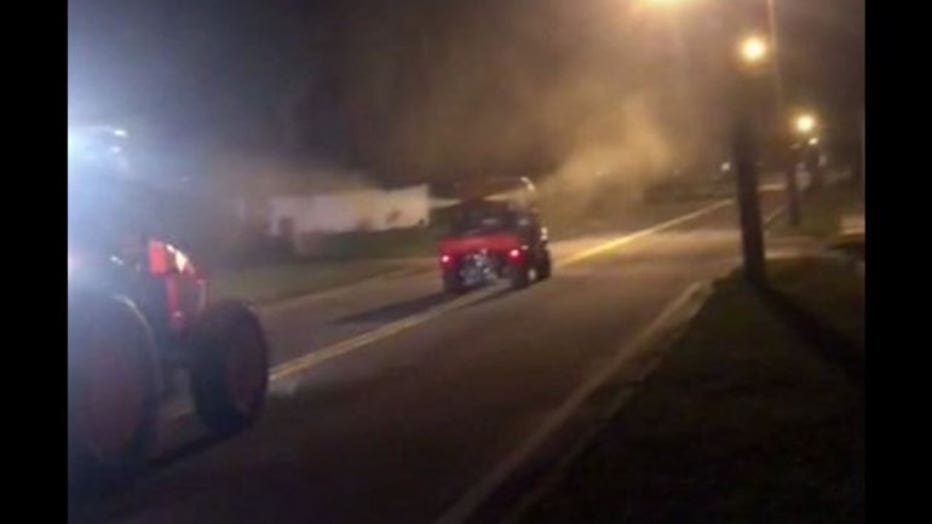 City Manager Terry Atchley said the Wauchula City Commission did not reach out to any scientists or doctors before approving the spraying.

"This is a good test, a good product. We are the perfect site to try an experiment with this," said Atchley.

FOX 13 reached out to professor Ira Richards at the University of South Florida's College of Public Health, who said there is too little research on aerosolized hydrogen peroxide to know if it would be effective against COVID-19.

"There is just too much that we don't know to make an assessment. We don’t know about efficacy against a virus," says Richards.

However, he says it's doubtful the spraying causes a health hazard.

Right now, David Terrell is funding all the spraying himself. He says the cost is worth it.

"It's my city. I was born here. If there is benefit in it, I want to be the first one to get benefit out of it," he insisted.

The CDC lists hydrogen peroxide as an effective disinfectant on surfaces. Nothing is listed pertaining to large-scale spraying or fogging.

During the pandemic, some hospitals have used it to clean face masks they were forced to reuse.