SHEBOYGAN (WITI) -- A Sheboygan woman is charged in two separate cases, for incidents occurring during the same week. 27-year-old Arreguin Vanngeoli is accused of driving drunk, and in a separate case, killing her boyfriend's bird.

The incident involving the bird occurred on Tuesday, September 9th. Vanngeoli is charged with mistreatment of animals and misdemeanor bail jumping in that case. 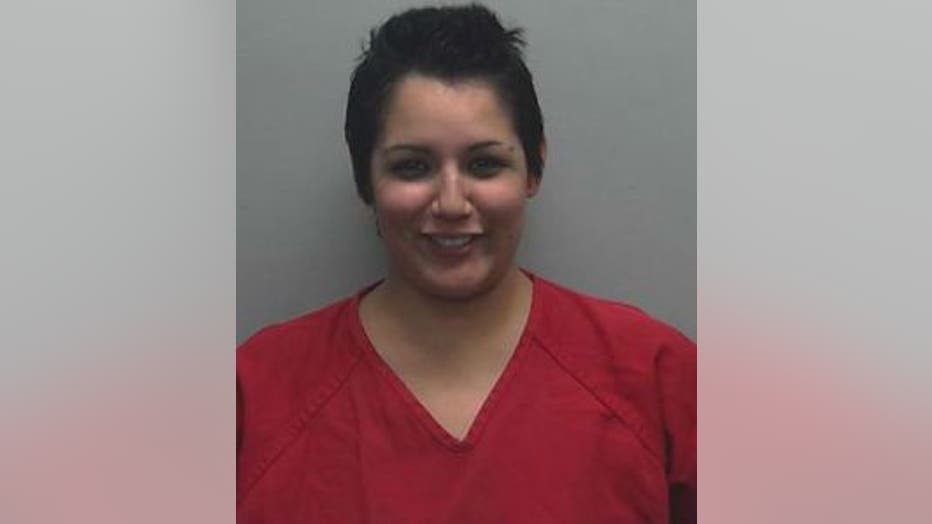 The complaint says Vanngeoli's boyfriend returned home -- and noticed the screen was broken on the rear window of his home. When he entered the home, he saw Vanngeoli standing inside. The two had apparently been living together for a brief period of time, but Vanngeoli didn't have keys to the residence, so her boyfriend determined she had broken in.

At the time of this incident, Vanngeoli was out on bond in a separate case, in which she was charged with two counts of disorderly conduct and one count of obstructing an officer. She had her initial court appearance on July 4th -- and a $350 cash bond was set. She was released on bond on September 5th.

A separate case accuses Vanngeoli of driving drunk on September 12th. Vanngeoli faces 14 total charges in that case, including:

The complaint against Vanngeoli says on September 12th, shortly before 9:00 p.m., police received a report of a highly erratic driver headed westbound on Washington Avenue -- from a Walgreens store. The 911 caller indicated the driver was doing doughnuts in the road and driving on the curb.

A traffic stop was conducted outside of Oostburg.

Meanwhile, a Sheboygan police officer was dispatched to the southside Walmart store for a report of a hit-and-run. There, police spoke with a woman who indicated she had a previous back injury -- saying a collision occurring in the Walmart parking lot had aggravated the injury -- causing extreme pain.

The complaint says that woman told police she was headed southbound on S. Taylor Drive near Acuity, when she observed a pickup truck approaching her vehicle rapidly from behind. Concerned about the vehicle behind her, the woman says she tapped her brakes. The roads were wet and slippery, as it had been raining, and the complaint says the victim observed the pickup truck's driver with her head out the window -- yelling and honking her horn repeatedly.

The complaint says the victim was driving in the left lane, and the pickup truck got into the right lane -- and then deviated sharply towards the victim's vehicle -- seemingly in an attempt to drive her off the road.

The complaint says the victim stopped her vehicle, and the pickup truck then stopped in front of her -- inching backwards in reverse, toward's the victim's car.

The complaint says the victim's passenger told police that after the pickup truck fled, their vehicle continued southbound in an attempt to avoid the pickup truck -- but the pickup truck turned around and began following behind them again. That's when they pulled into the Walmart parking lot and dialed 911.

Police got a call from the pickup truck's owner, who advised that his girlfriend was operating the vehicle without his permission.

Police spoke with Vanngeoli's boyfriend, who said he was at his residence with his 11-year-old cousin and Vanngeoli. He said he had planned on driving to the area of S. Pier Drive to test out a fishing reel -- saying when he told Vanngeoli of this plan, she began yelling and wanted to come with. The complaint says Vanngeoli, her boyfriend and her boyfriend's cousin headed to the area of S. Pier Drive in the pickup truck.

The complaint says shortly after they arrived, Vanngeoli took her boyfriend's truck -- eventually returning. That's when there was a verbal confrontation regarding why Vanngeoli had left -- with Vanngeoli telling her boyfriend "I'll take your truck again" -- and driving away with her boyfriend's 11-year-old cousin still inside the pickup truck.

The complaint says Vanngeoli denied drinking that day -- but her performance during field sobriety tests indicated she was too impaired to safely operate a motor vehicle.

The complaint says Vanngeoli refused a preliminary breath test and a blood test.

She was eventually taken to Sheboygan Memorial Medical Center, where her blood was drawn without her consent. It was sent to the state's Crime Lab for analysis.

The complaint says Vanngeoli's young cousin told officials Vanngeoli was "driving crazy" and drinking beer in the truck -- throwing them out the window while driving -- saying "it was okay, because she was from Texas."

The complaint accuses Vanngeoli of visiting a Kwik Trip -- where she allegedly made her boyfriend's young cousin steal a package of doughnuts.