FULLERTON, Calif. - Fullerton Police are calling it an "epic fail" after two teens took a joy ride through the Brea Dam area Friday and ended up driving over the side of a dam. Thankfully, the two teens received only minor injuries, authorities said.

The police department shared photos of the red sedan after it drove off the side of the dam and fell approximately 20 feet. 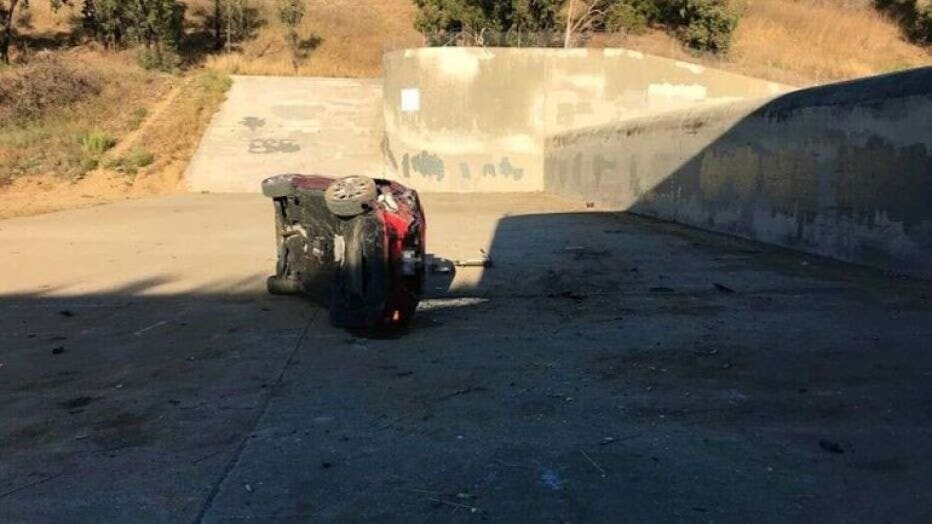 "Turns out it was a bad idea," Fullerton Police said about the two teens' decision to joyride through a restricted area. "Especially since the area is closed off to vehicular traffic."

The vehicle landed on its side after it plunged to the concrete below.

"We’re glad the kids are ok but man what an #EpicFail," the department wrote in a post on Instagram, followed by the hashtags, "stay on the roads" and "that won't buff out."

It was unclear if the male and female teens will face any charges. 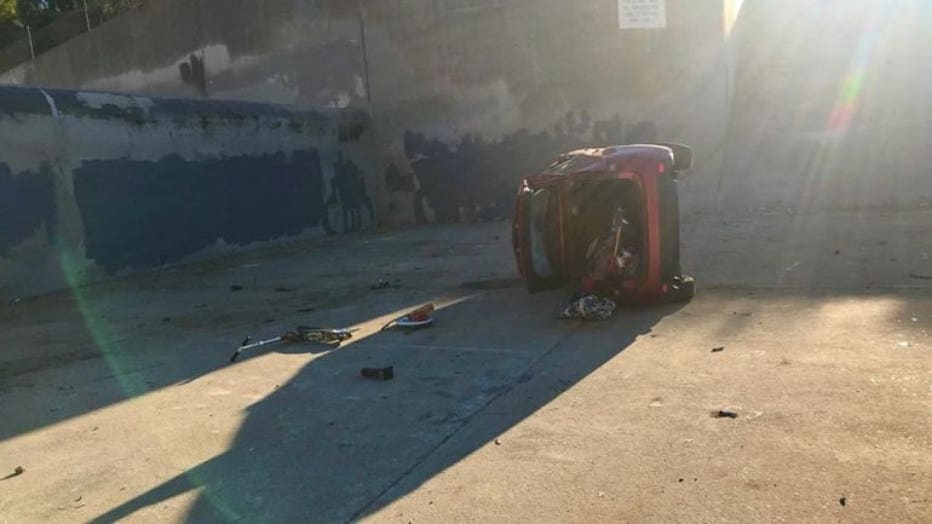