MENOMONEE FALLS -- A group of protesters in support of the Black Lives Matter movement took their message to the suburbs on Sunday, June 14.

For a little more than two-and-a-half miles, that group of protesters gathered to make their voices heard. They marched down Appleton Avenue, north on Pilgrim Road, and then traveled east on Main Street until they returned to their starting place. 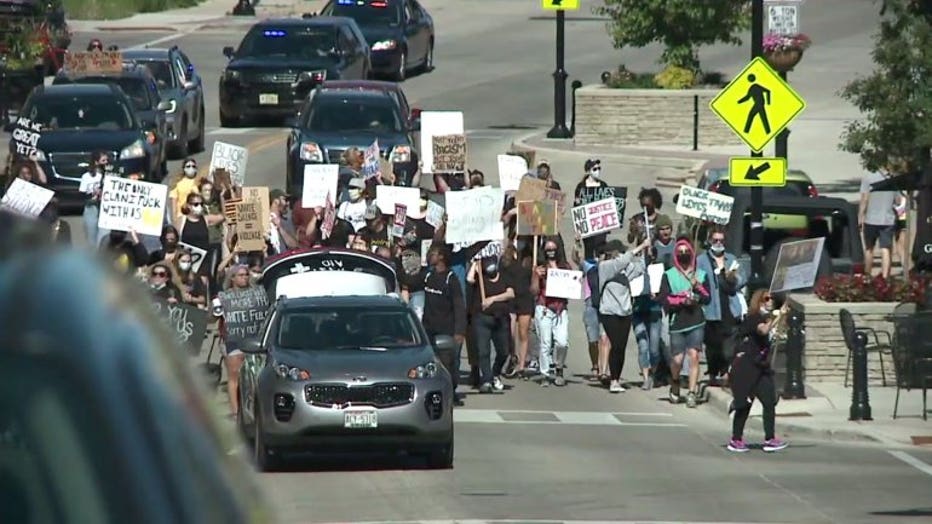 "We're still out here to bring awareness and have a presence in the suburban areas," said Kira Sanchez, protest organizer. 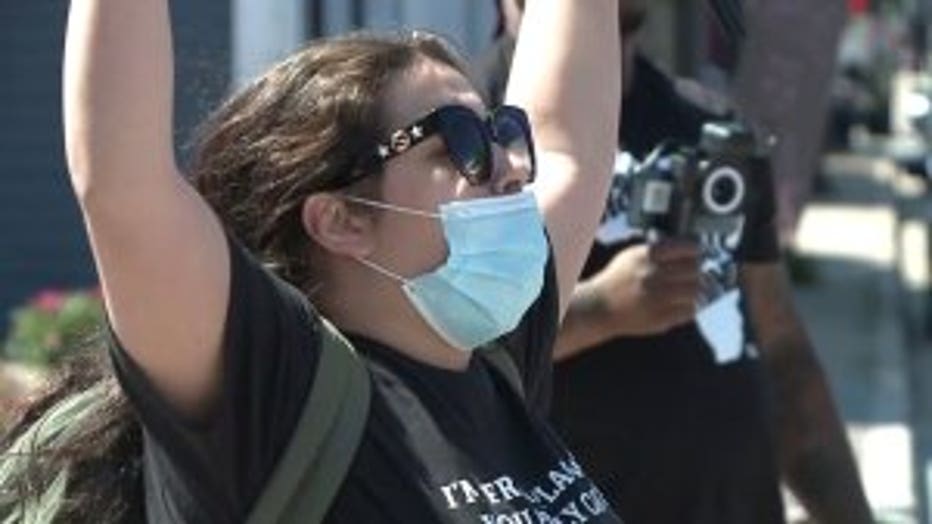 The protesters held signs of support -- and voiced calls for justice.

"I came out today because it's important to be out here," said Ken McNair, protester.

McNair told FOX6 News he wanted to show his daughter and son what it means to fight for change. He said he hopes this is not a burden they will continue to bear. 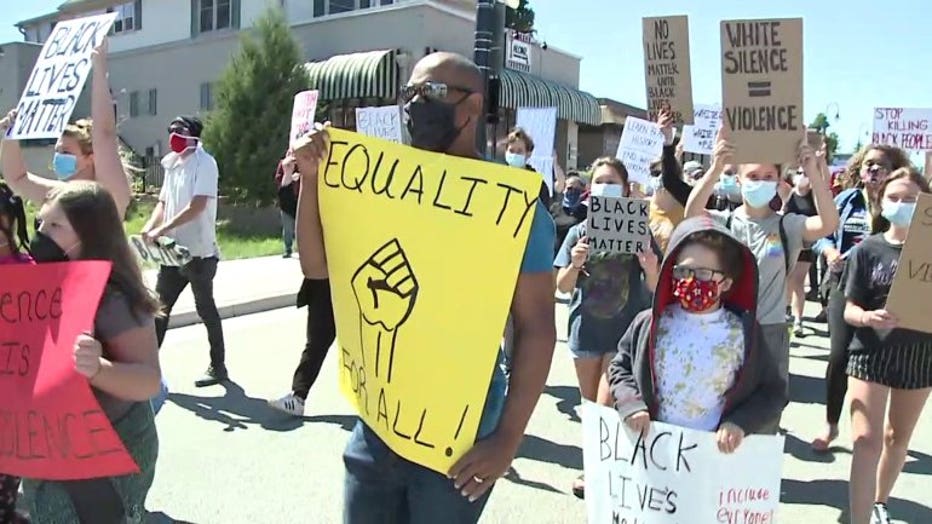 Sunday's protest was originally organized in response to an event called "Brookfield Defend the Police Demonstration." That event, organized by Trump Victory, was set to take place outside of the Brookfield Police Department. It was later canceled by its hosts. A reason for the cancellation was not provided. 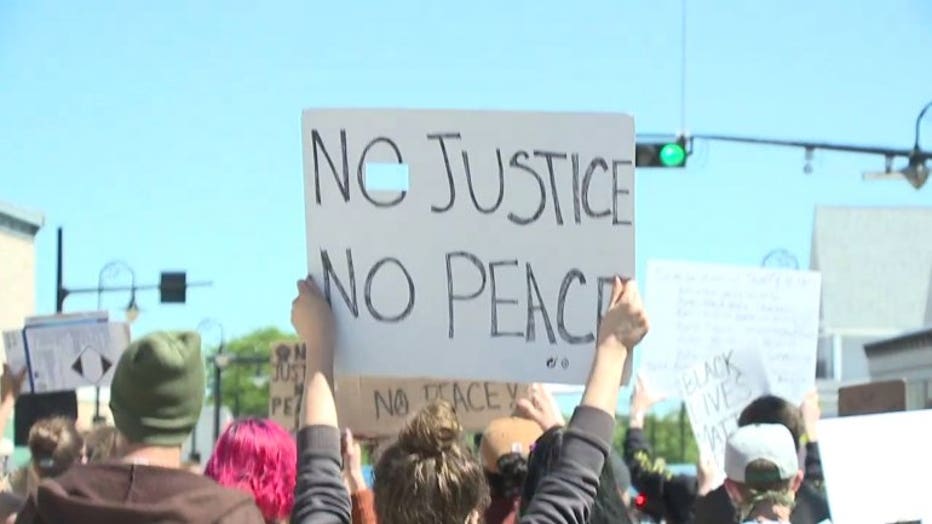 "It's already a success. It shows that we have them shaken up a little bit," Sanchez said. 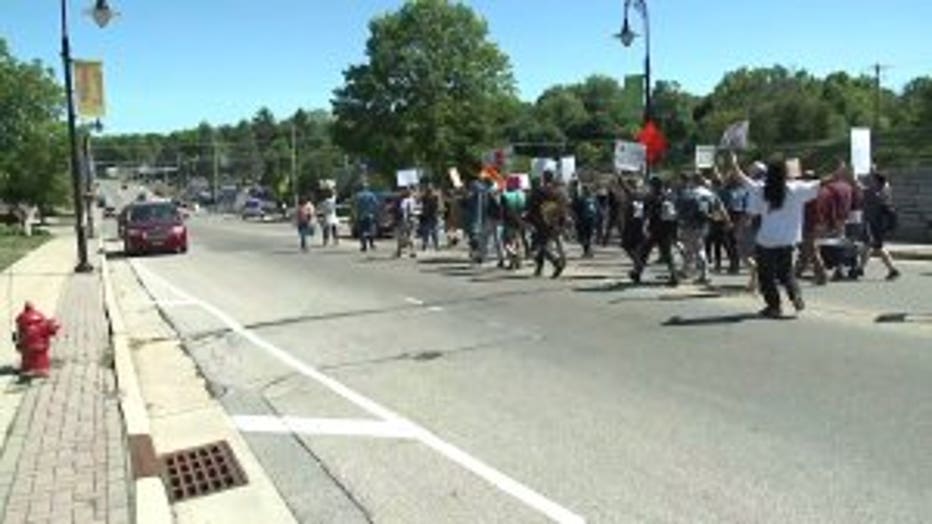 Still, this group carried on with a message to deliver.

"I feel that minorities, we're marginalized as people, as a group, and we kind of need to come together, specifically the black community, they are victims of many social injustices," Sanchez said.

Menomonee Falls police officer and Waukesha County sheriff's deputies were positioned in front, along the sides, and behind the protesters blocking traffic. The entire march lasted about an hour.