Just a couple of weeks into the new school year, districts are still having heated debates about what their classrooms should look like. Even the possibility of requiring masks leading to a packed meeting in Elm Grove

ELM GROVE, Wis. - Just a couple of weeks into the new school year, districts are still having heated debates about what their classrooms should look like. Even the possibility of requiring masks leading to a packed meeting in Elm Grove Tuesday, Sept. 14, drawing a line between groups of parents.

The School District of Elmbrook is quite literally divided.  In elementary schools, parents were given the option to put their child in either a masked or an un-masked classroom, and it’s a nearly 50/50 split.  Putting masks for everyone back on the table if cases go up led to another heated discussion.

From a distance, there seemed to be nothing unusual about the line of Elmbrook parents patiently waiting for the school board meeting to begin but when getting closer, the divisions became clear.

"Yes, as you see, we are really divided," said Carla Martins. 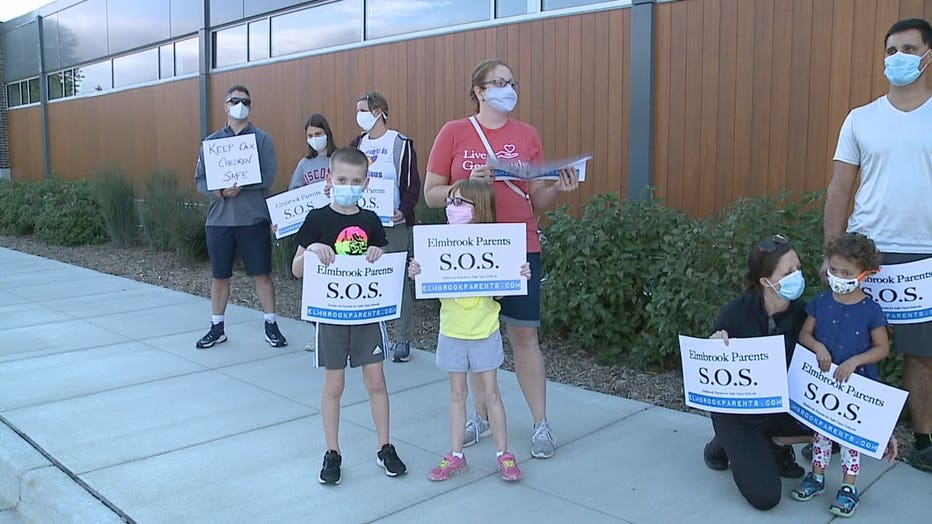 Around half held "SOS" signs, standing for Safe Open Schools. Most of those parents wore masks; some medical scrubs. The other half passed out signs to "unmask our kids."

"We want to give our kids the option," said Martins.

"We are simply asking that we follow the science and the medical recommendations to keep our kids safe and healthy this year," said Emily Schultz.

"In particular, we’d like to see contact tracing return," said Schultz. "We want to see all the COVID policies reviewed by a medical expert review panel." 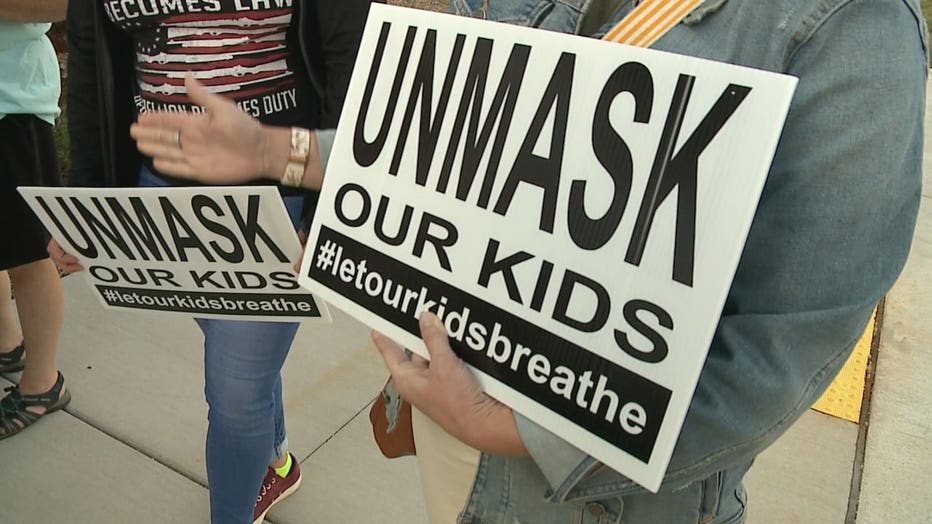 Others said they're upset at even the idea of masks coming back if cases go back up.

The school board debated for almost two hours about the new charts created by the school to decide when stricter steps should be taken. The board acknowledged every plan will be controversial.

"Probably no matter what this board decides, because we’re getting input from a divided community, it’s going to be somewhat unpopular," a board member said.

The board ultimately approved a slightly modified version of the threshold plan.  Nothing will change for students Wednesday. The plan just says if student absent rates increase masks and other mitigation options may come back.

A coalition of teachers, parents and more in Kenosha say it's time to come together after Kenosha Unified School District School Board members received threats stemming from a vote on masks.