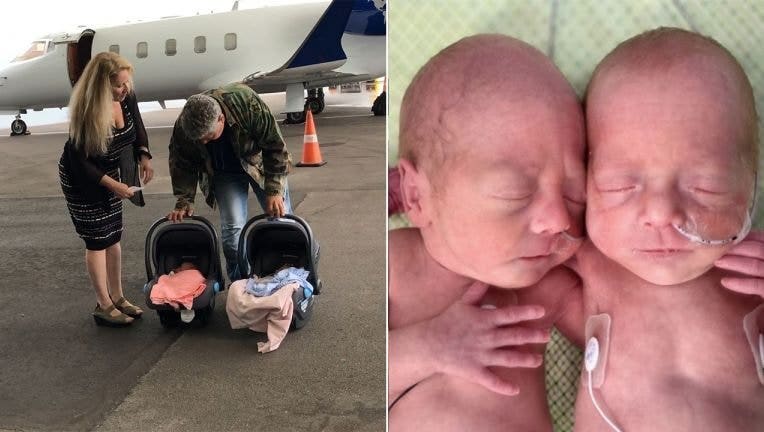 ST. PETERSBURG, Fla. - It's been a long road, but some precious cargo -- a pair of premature twins -- were finally able to spend their first night at home in St. Petersburg.

The babies, David and Sydney, were carried by a surrogate mother in Utah. They were born prematurely on May 29, 10 weeks before their due date.

When they were born, their biological parents, Allison and John, watched the birth via FaceTime from their St. Petersburg home -- more than 2,000 miles away. They visited the twins in the NICU, a week after they were born, and again on Father's Day. 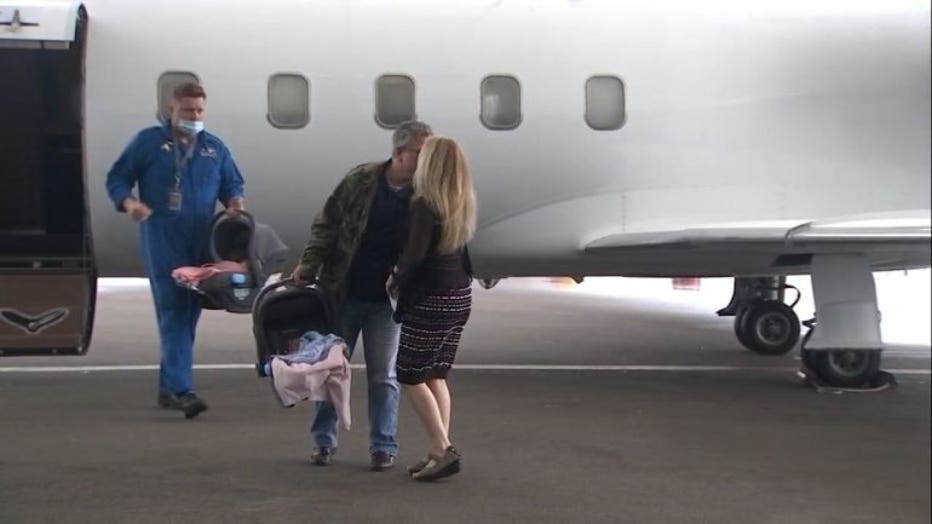 The parents of David and Sydney give each other a quick kiss after their newborns finally land home. (FOX 13 News)

"The first week or two was very cautious and rough. They were on oxygen, respirator, CPAP and light machines,” Allison previously explained to FOX 13.

The new parents found themselves in a tight bind as the pandemic set in. They originally planned to fly the babies home after they were born, but when the twins arrived earlier than planned, that changed. It was too risky to fly commercial. They considered driving, but with both babies on oxygen, a four-day trip didn't seem feasible.

They couldn't believe it when Jet ICU, a Brooksville-based air ambulance service, offered to bring the babies home after they heard their story. On Thursday, they were flown home to Florida -- free of charge -- and arrived at Tampa International Airport where the company operates out of a hangar.

They arrived on July 23, the original due date for the twins.

“Today is actually the day they were supposed to be delivered, and they are," John said. "They’re delivered home."

The twins weighed less than three pounds each when they were born at 30 weeks. They still need some special care, but, otherwise, they are doing well -- inside their St. Pete home.