ST. FRANCIS -- 60,000 square feet of candy-making magic was on display on Sunday, March 13th at Buddy Squirrel in St. Francis, during the company's annual "Easter Open House." This, as Buddy Squirrel celebrates its 100th year. 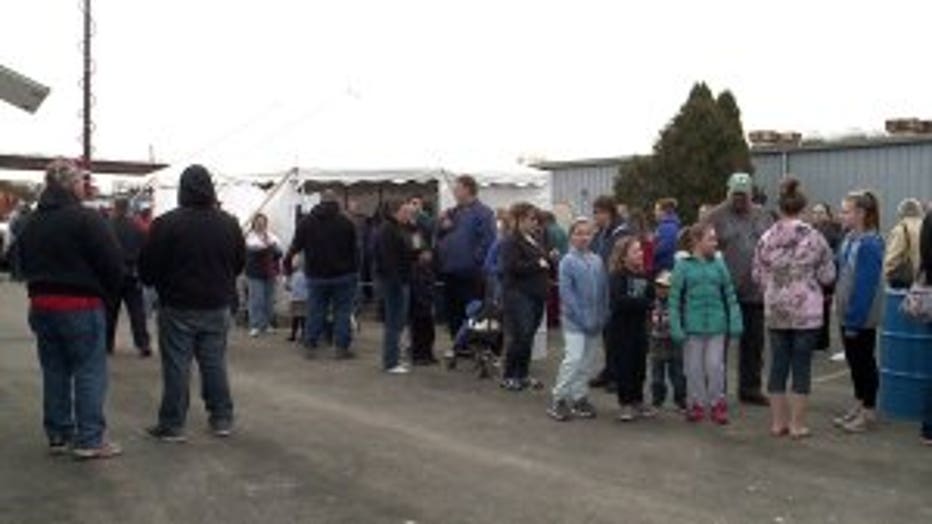 And the annual "Easter Open House" at Buddy Squirrel draws a big crowd of folks looking to see how the popular Original Whipped Creme Eggs are made.

Christine Franks was first in line, but she had to arrive by 7:00 a.m. Sunday.

"It`s well worth the wait. I`ve been eating these eggs since I was little, so it`s like a tradition every year to get them," Franks said.

The line wrapped around the parking lot. 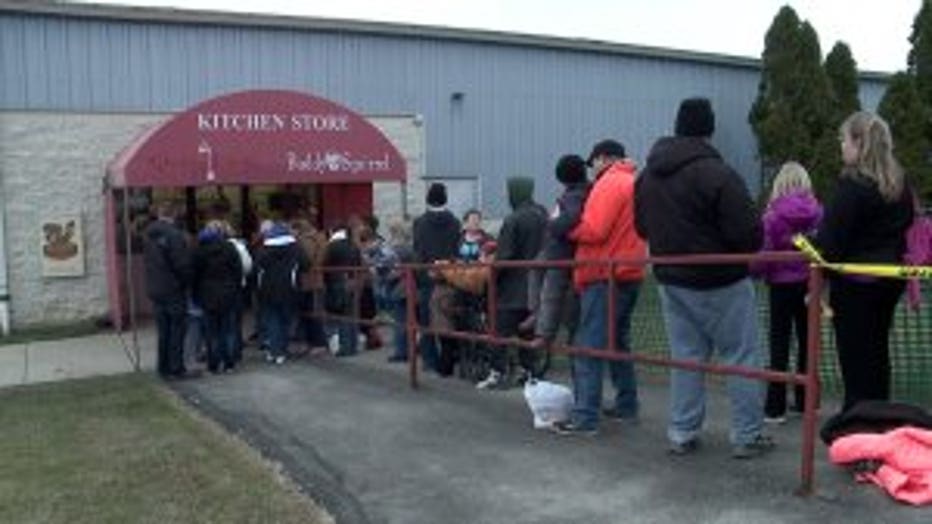 Coffey was extra anxious to get inside.

"I can`t wait to get those tasty chocolate eggs with the marshmallows inside," Coffey said.

At 9:00 a.m., the doors opened and families and friends filed into Buddy Squirrel for the 30th annual Easter Open House. 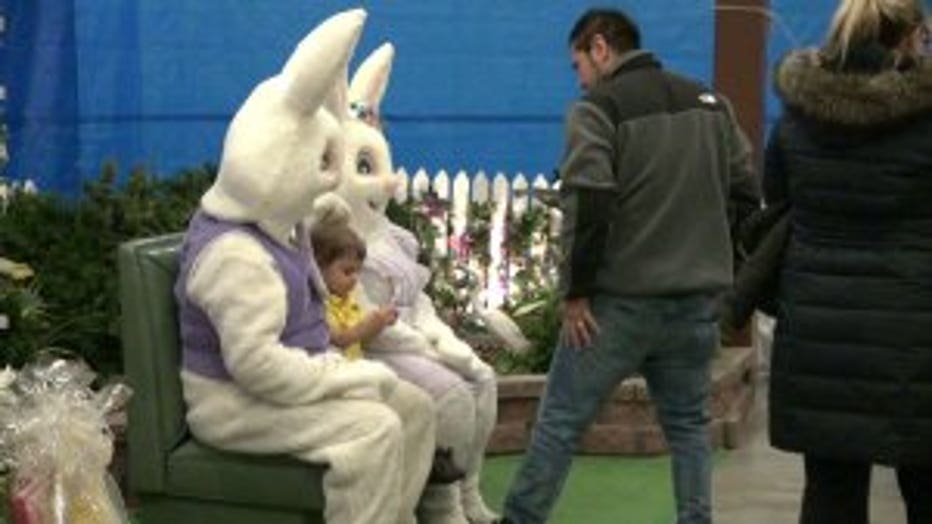 The fun began with a visit to Mr. and Mrs. Eastern Bunny, before sampling some new popcorn flavors and, of course, those popular Whipped Creme Eggs.

"It`s nice to see the public, see the people and watch their expressions to see how excited they get when they see the candy being made," Michael Staral, Buddy Squirrel production manager said.

The self-guided tour took folks past the mountains of whip and the chocolate waterfall -- ending up at the egg giveaway. 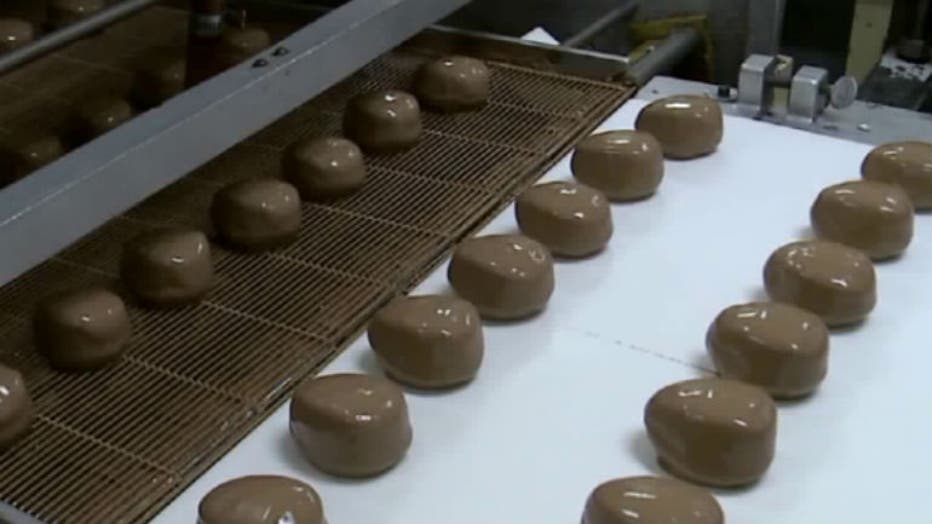 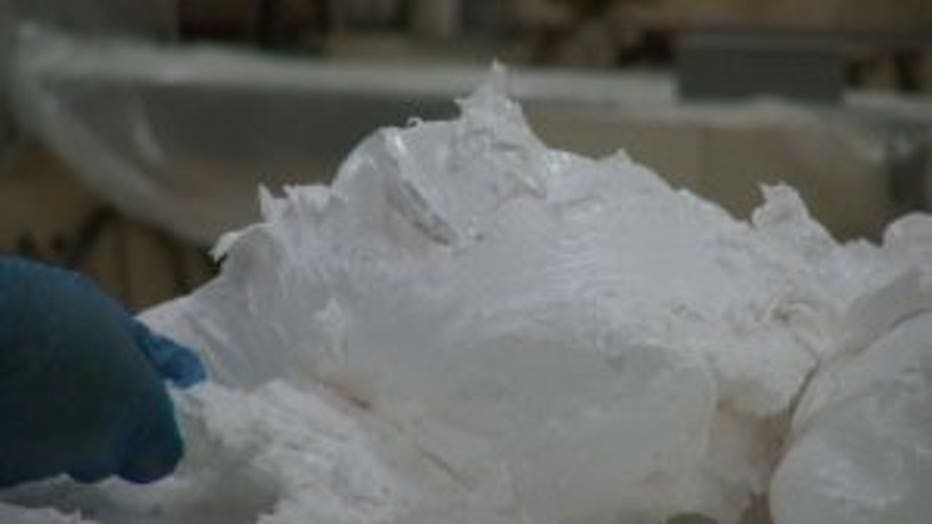 Everyone loves the Original Whipped Cream Eggs -- an Easter staple, but new this year at Buddy Squirrel was a larger treat -- a pound-and-a-half of chocolate, called the "Dinosaur Egg." 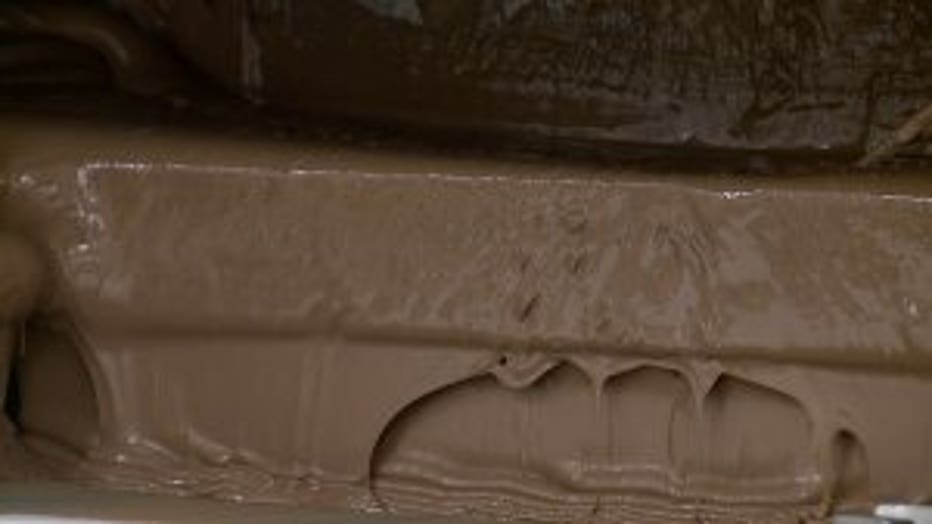 "We have a lot of secrets and lot of things coming up in the future," Staral said.

On Sunday alone, we're told 24 batches of the whip were used, and close to 1,000 pounds of milk chocolate.