An East Troy woman is out thousands of dollars after she says she hired the wrong contractor.&nbsp;

EAST TROY, Wis. - An East Troy woman is out thousands of dollars after she says she hired the wrong contractor.

Weeks ago, Anna Thompson had the majority of her contractor's work torn down. Now, she wishes she'd noticed the warning signs sooner. 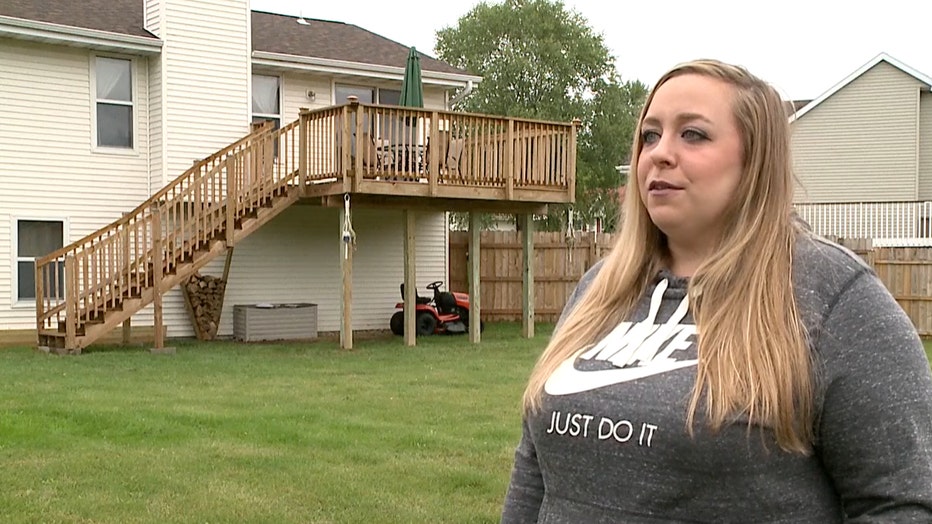 Thompson first met with Contact 6 in September to show us her concerns with her one-year-old deck.

Thompson had just hired a second contractor to demolish her deck and build a new one. 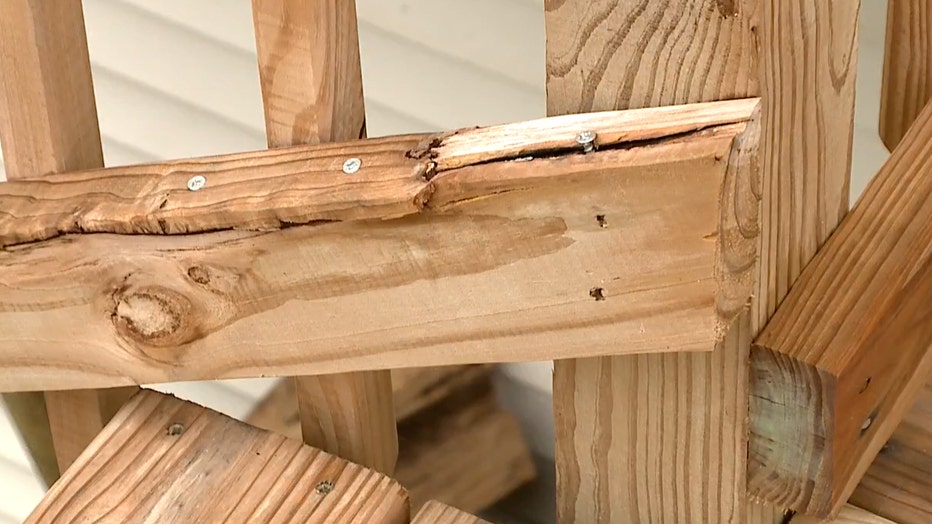 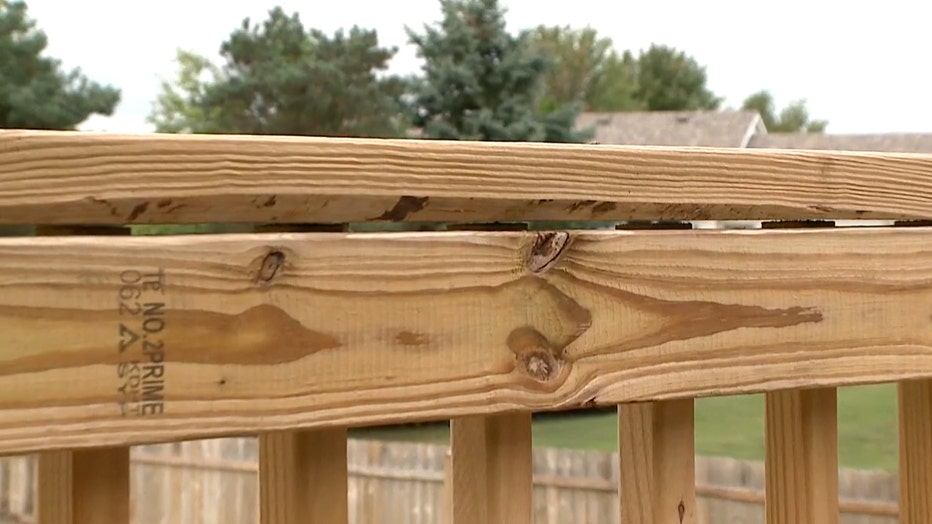 "They essentially have to strip it down to the bare bones and start from scratch," said Thompson.

One year ago, a village inspector found that Thompson's new deck had six violations. Her contractor said he would come back to fix the violations, but he never did.

"I would not be able to live with myself if I was a contractor, knowing I was just royally screwing someone over," said Thompson. 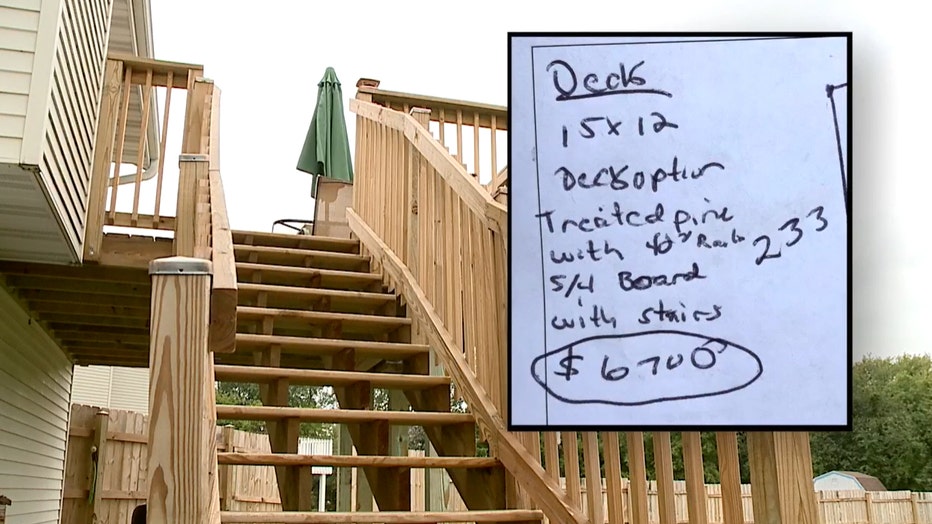 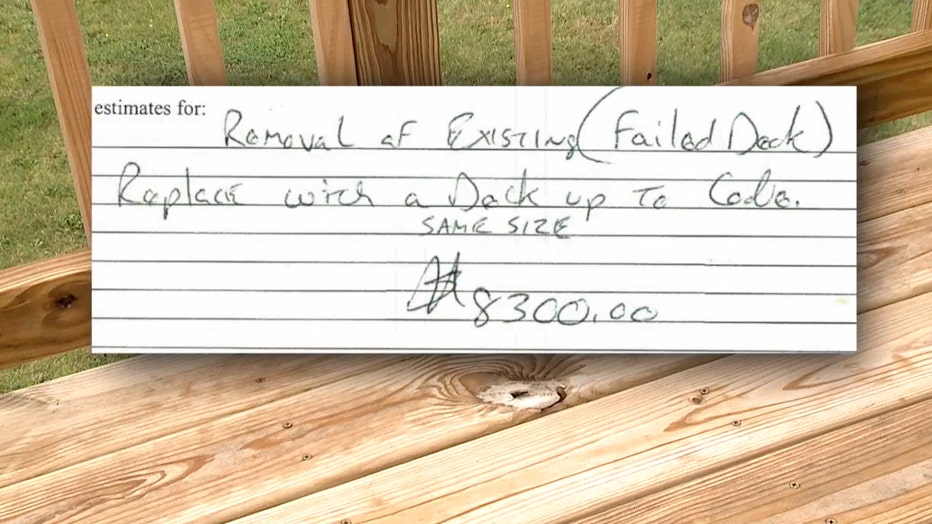 At the time her deck was built, Thompson says she didn't know her contractor's last name. His card and contract just say "Chuck" of D&C Construction.

Chuck's listed address is a P.O. Box. His business is not registered with the Wisconsin Department of Financial Institutions. 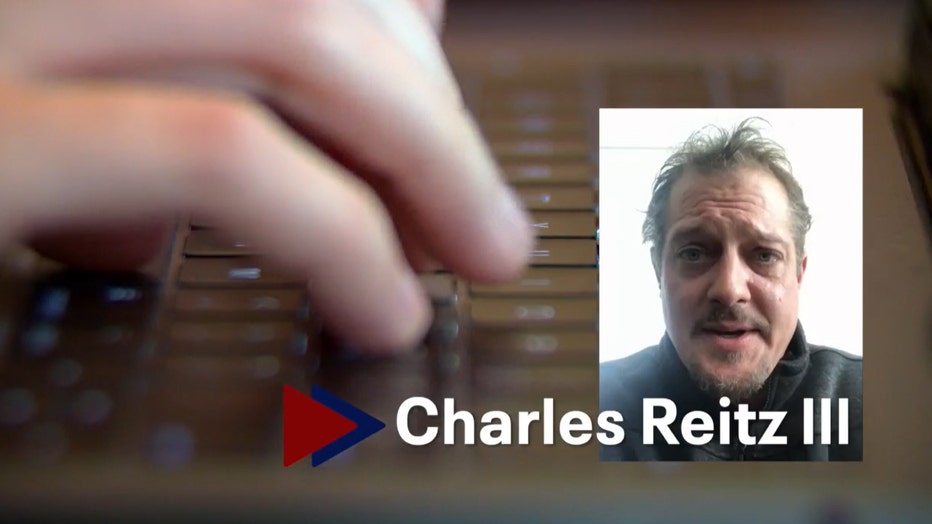 "I really wish I would have seen those red flags, you know, ahead of time," said Thompson.

A Contact 6 investigation found that Thompson's contractor is Charles Reitz III. Reitz also owned Elite Fence and Landscaping, which has a C- rating with the Better Business Bureau.

At the time of Thompson's deck project, Reitz was facing a criminal charge for Theft by Contractor. He later pleaded 'no contest.' Contact 6 tried to speak with Reitz on camera several times.

Contact 6 met with East Troy's village inspector on Thompson's property. Among the concerns he pointed out with the deck were its stairs, which were not sturdy.

Thompson has hired Dave Tuttle of Southern Lakes Decks and Remodeling to replace her deck. 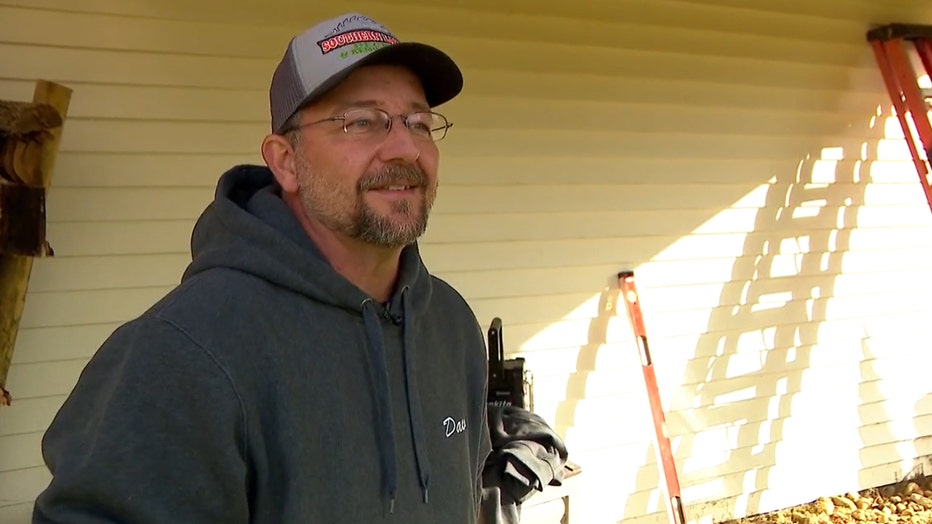 "It's probably the worst deck I've seen in 24.5 years of doing decks, just because it's so new and it's not done by a homeowner," said Tuttle.

Tuttle said he was tearing down all of Anna's deck, save four posts.

"There's really nothing else here that I can use," said Tuttle. 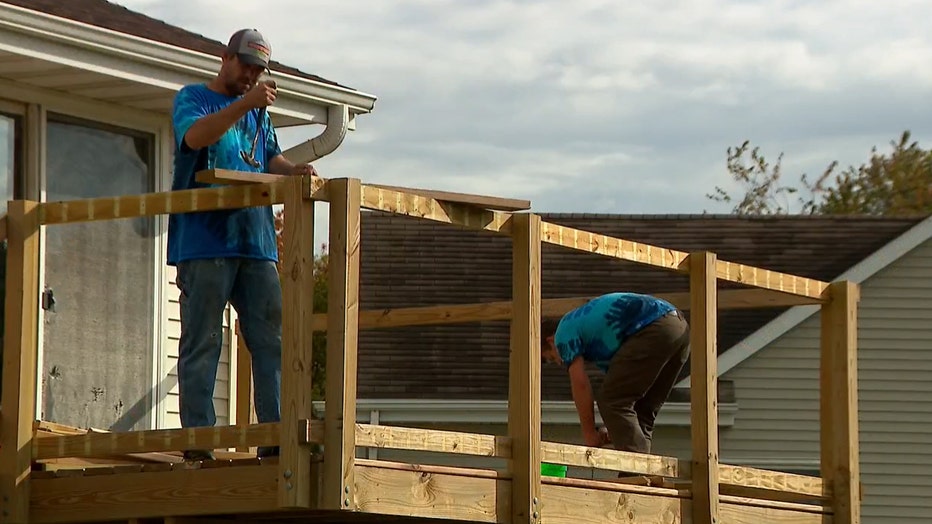 Tuttle says a deck should be inspected three times: after the footing, after the framing and upon completion. Thompson says unknown to her, Reitz skipped the second inspection.

"This didn't get a second inspection, or it would never have made it to the final stage," said Tuttle.

Tuttle's company and East Troy Lumbar donated some labor and materials to Thompson to bring down the cost of her second deck. 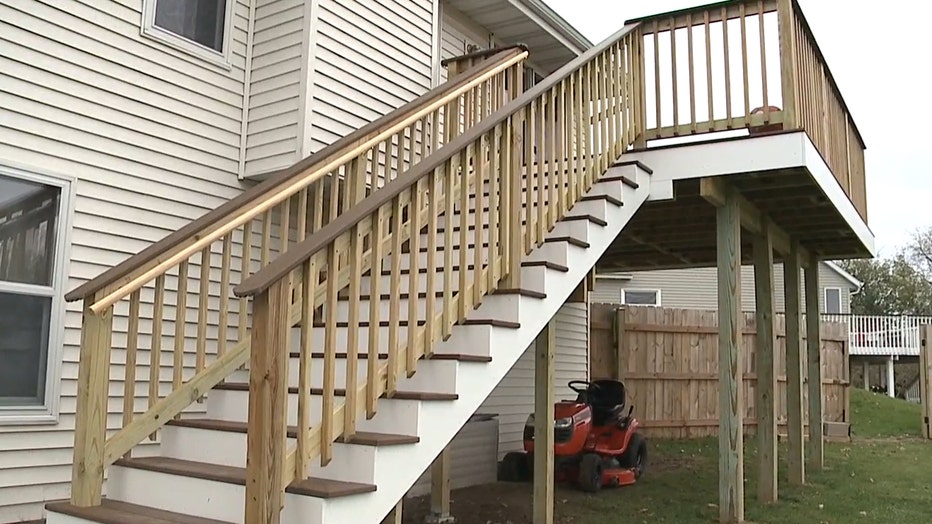 After a year of disappointment, Anna's situation has gone from shaky to sturdy.

"I'm excited to have it be done, and done right," said Anna.

Tuttle says you can request your contractor provide copies of your inspection reports throughout a project. You can also ask for a contract that says your last payment comes after the final inspection.

Before work begins, check online to see whether your contractor is licensed to perform the work in Wisconsin. Reitz is not.

Also, check if there are any pending criminal cases of small claims cases against them.

The 2020 Drumstick Dash has gone virtual! This year you can complete the race in YOUR neighborhood on YOUR schedule.

Preparing for winter: Tips on winterizing your landscape