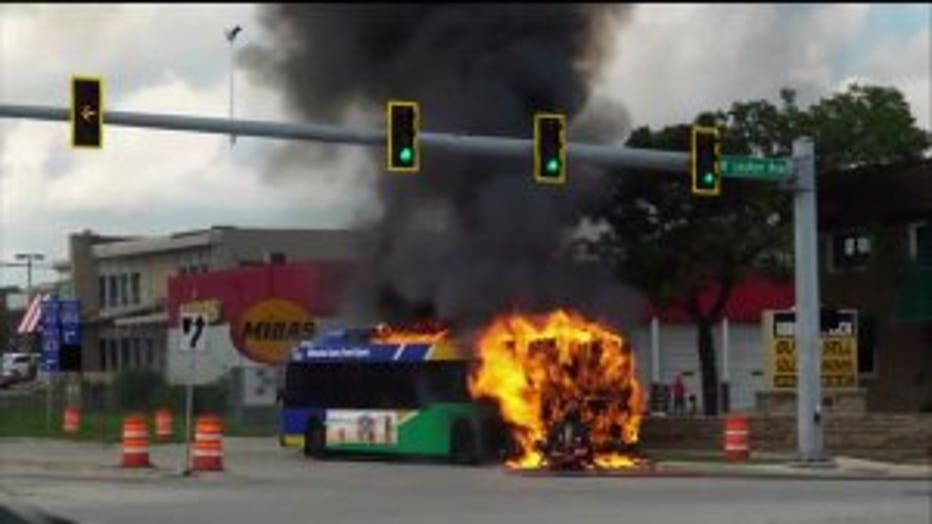 GREENFIELD -- Good Samaritans came to the rescue when a Milwaukee County Transit System (MCTS) bus burst into flames while in service near 76th and Layton on Thursday, July 4. It very well could have ended in tragedy. Miraculously, no one was hurt.

It was a heart-pounding scene on the road captured on cellphone video by those nearby. Massive flames and thick smoke could be seen pouring out of the back of the bus.

"We just wanted to get off as quickly as possible," said Jeremy Moss, bus passenger. 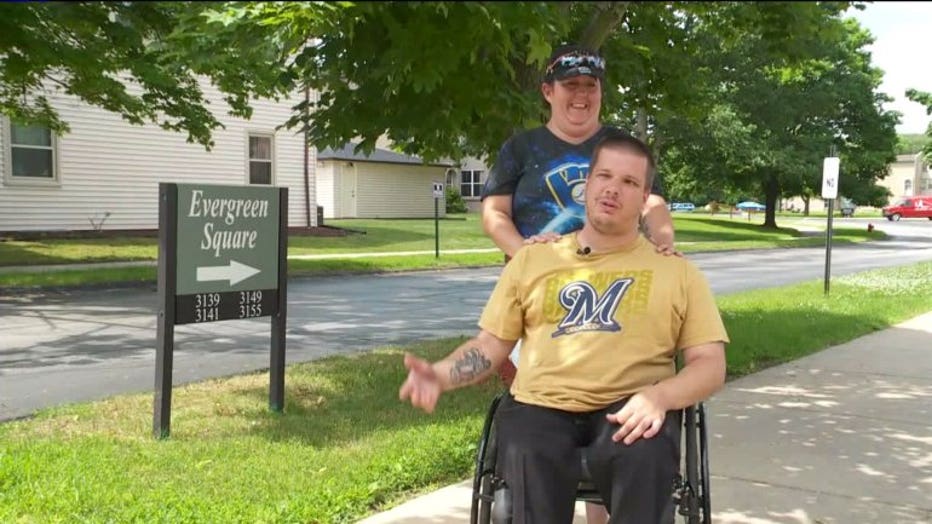 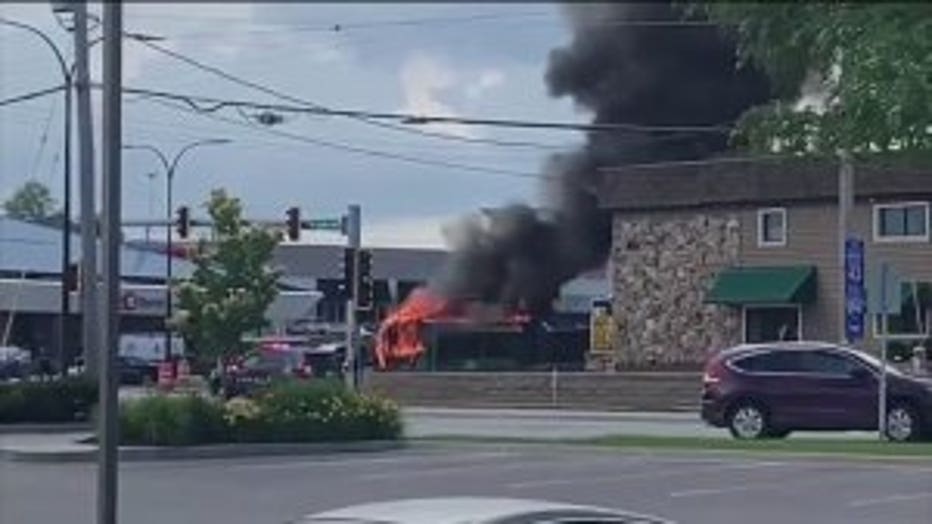 Jeremy Moss and his fiance, Heidi Weir, were among the ten passengers on board.

"Two cars driving by just yelled 'fire! And the driver looked in his mirror and sure enough the bus was on fire," Moss said. 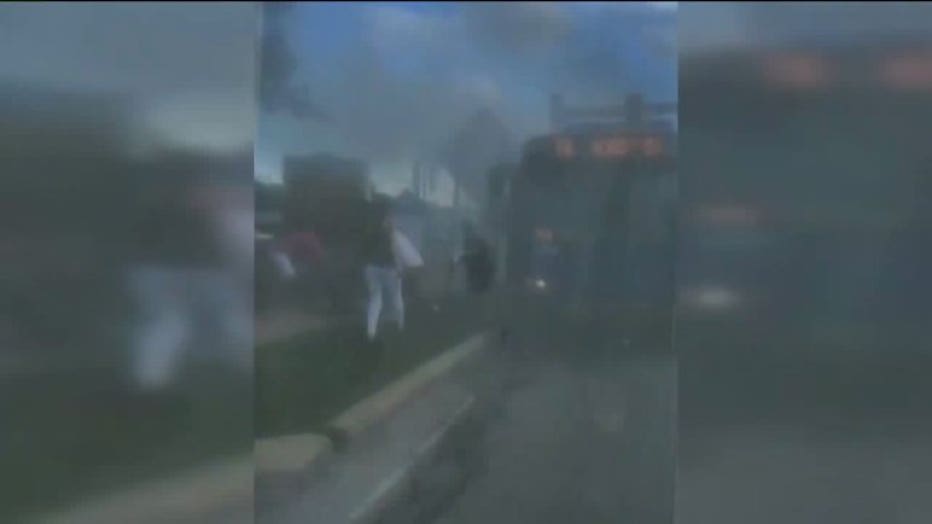 "Just carried me and the chair off the bus," Moss said. "Without them, who knows what would have happened." 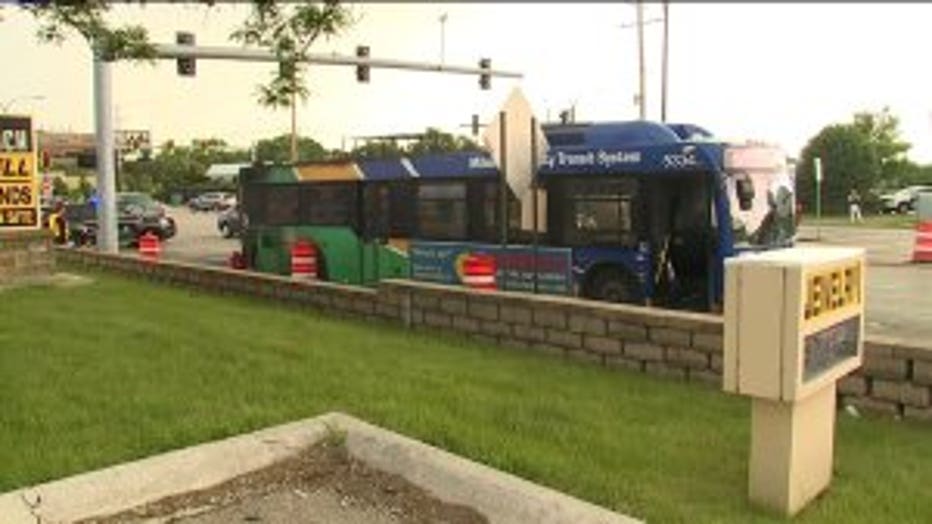 As the blaze continued to grow, more bystanders ran to help.

"That's the military mindset. You're trained to do that and that's what you do," said Paul Hawver, helped direct traffic.

"When diesel fuel catches fire and it gets hot enough, it can burst," Hawver said.

"I've never seen anything like this. This was a very first and I hope it's the last."

Within minutes, emergency crews arrived and put out the fire as quickly as it started -- preventing a possible explosion.

"I've never seen anything like this. This was a very first and I hope it's the last," said Hawver.

Investigators are still trying to determine what caused the fire. An MCTS spokeperson says they are working with the Greenfield Police Department and the Milwaukee Fire Department and will likely have an update on Monday, July 8.