MILWAUKEE -- Wisconsin doctors are prescribing fewer opioids, but state data reveals a spike in a different category of addictive drugs that medical professionals warn has become an emerging epidemic.

"They're not just  a tablet that you're going to take, study for a test, and do well," CEO of Hayat Pharmacy Dr. Hashim Zaibak said, referring to stimulant medications like Adderall and Vyvanse, which are used to treat ADHD. "They're very, very addictive medications." 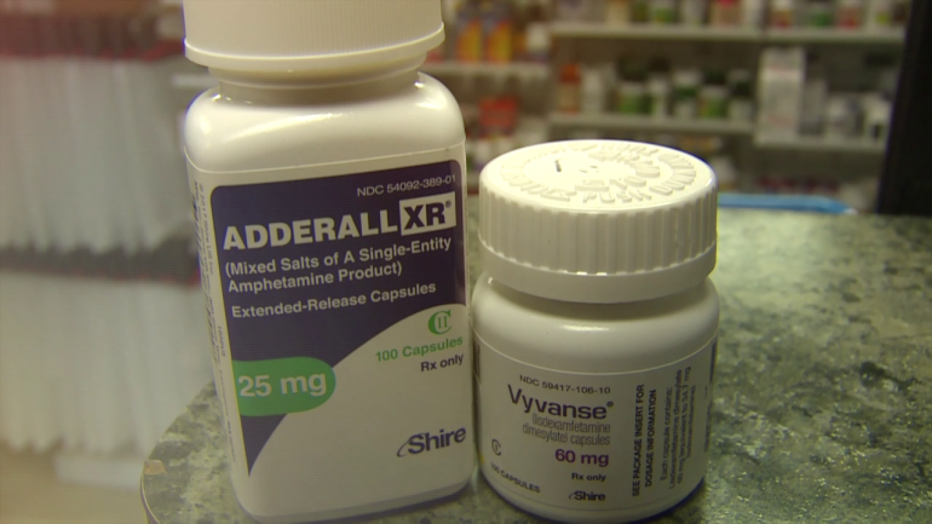 "It's just too easy"

"I was in seventh grade when they prescribed Adderall," Jake Niesen said, speaking to FOX6 about his addiction and subsequent recovery.

Niesen says, at first, he did not like how the medication made him feel. A few years later, as classmates were experimenting with prescription medications, Niesen revisited Adderall. 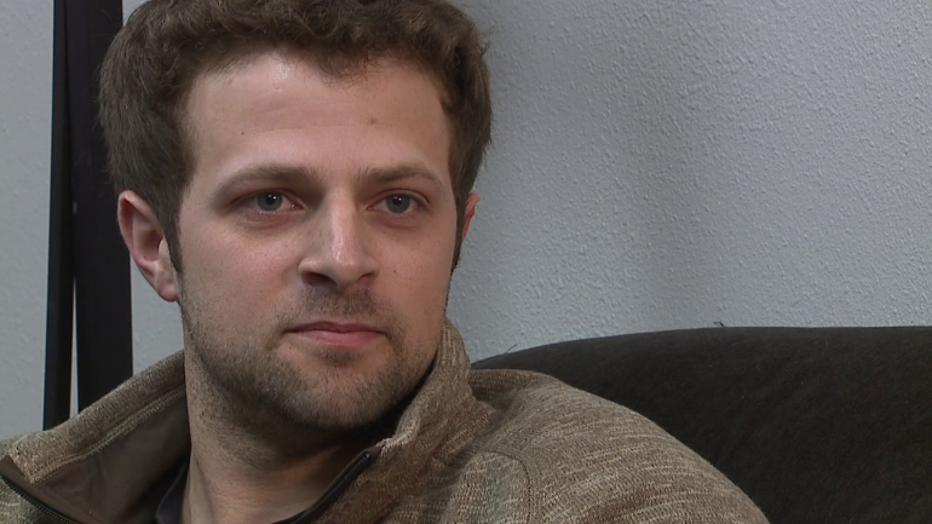 "I took double the dose, and so instantly I felt better about myself," Niesen said. "The consequences are not seen right away. So you just kind of push it off to the side as being a harmless drug."

The FOX6 Investigators also spoke with a woman who agreed to go on camera, but asked to go by the name "Christine" in order to protect future job opportunities.

"I was a freshman in college and I was having problems focusing," Christine said. " was able to have me live the party lifestyle, but also keep good grades in school."

"I was very naive," Christine added. "I didn't know about addiction." 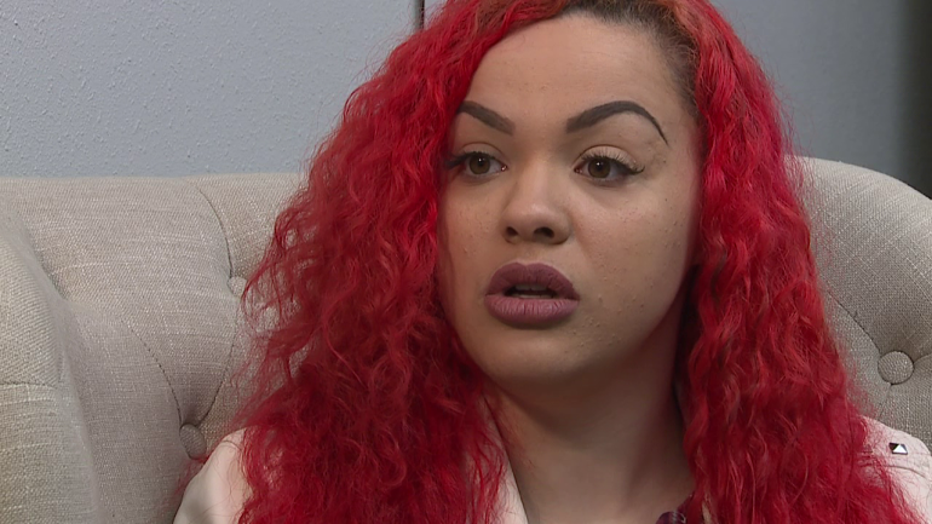 While Christine and Niesen have different stories, they described similar patterns they used to obtain stimulant medications.

"So there's typically a checklist," Niesen said. "You basically say certain things to get certain drugs. And the drug community coaches each other on how to do this."

"If you read off every symptom to a doctor, they want to believe you," Christine said. "It wasn't an issue for him to simply increase the dosage." 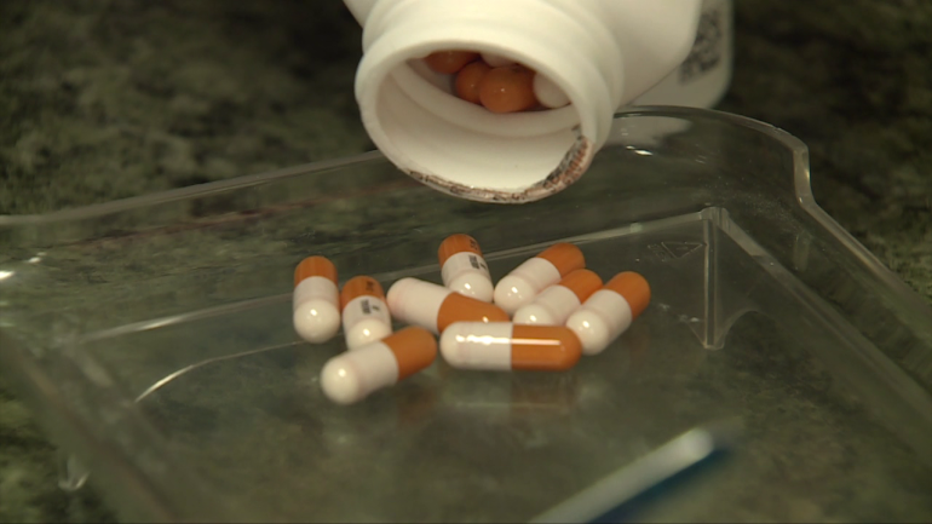 "It's either a frown face or a smiley face," Niesen said. "And if you're frowning, you get a stronger prescription...it's just too easy to have access to do what you want."

"Even that wasn't enough," Christine said. "And then I turned to methamphetamine and eventually got in trouble with the law. It really brought me back down to my lowest point."

Christine and Niesen have worked hard in their recovery process, finding support in a local nonprofit called Just Listen. But both believe Wisconsin needs systemic change to prevent more people from falling into the patterns of addiction they've fought so hard to overcome.

Wisconsin's Prescription Drug Monitoring Program shows a statewide drop in opioid prescriptions, which are down 34.2 percent since 2013. Over the same period of time, stimulant prescriptions have gone up by 19.6 percent. 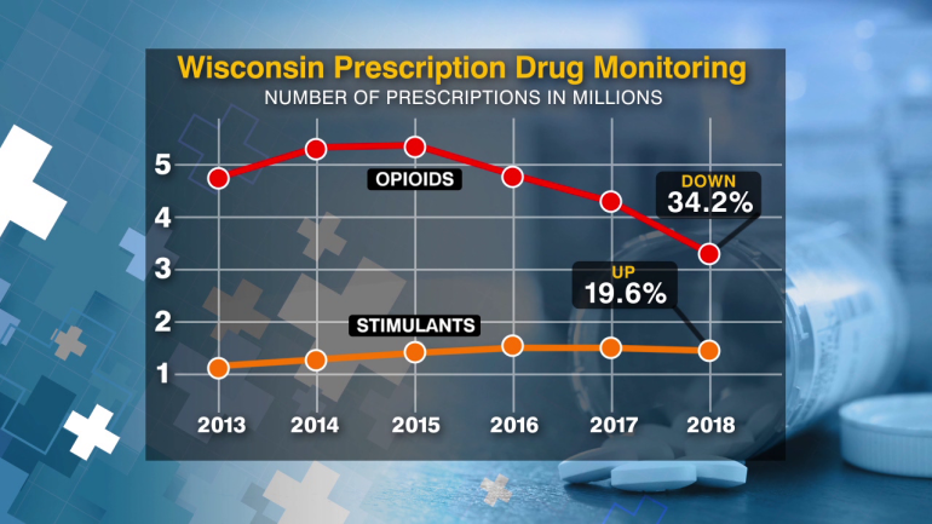 "Are we diagnosing more people?" Dr. Zaibak asked, referring to theories about why stimulant prescriptions are rising. "Are patients having more access to doctors? Or is it truly an overuse? It could be any of the above."

Pharmacists say they're noticing more stimulant prescriptions for patients on medications designed to treat opioid addiction, like Suboxone and Zubsolv.

"You'll get the shakes, and you're in pain a lot of the time," Hayat Pharmacist Dr. Hanna Iaizzo said, describing opioid withdrawal symptoms. "So that's why I think they use  a stimulant - to help them maybe give a little more energy and focus to get through their day."

In other words, patients are battling an addiction with prescriptions for a different addictive medication.

Of all the stimulants prescribed in Wisconsin, state data shows the biggest increase was in Lisdexamfetamine, often known as Vyvanse. 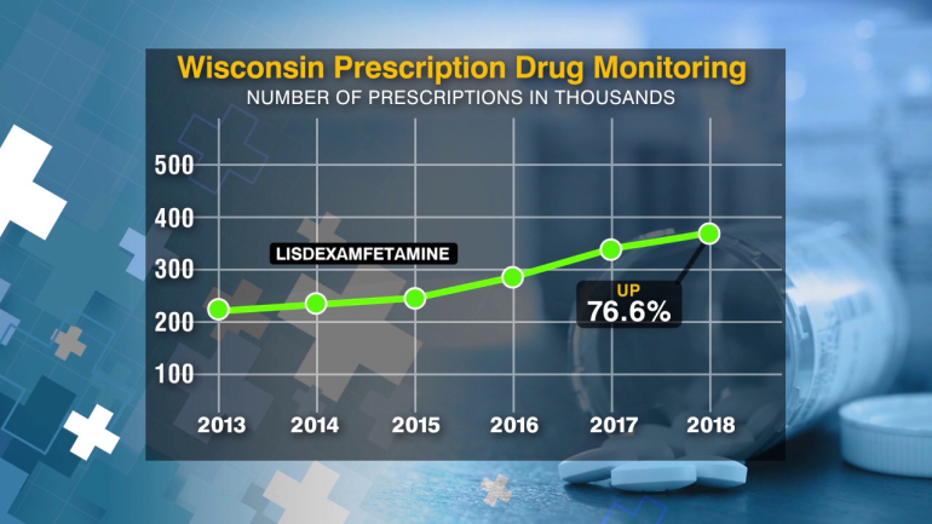 The medication is marketed as having less potential for abuse, but Niesen says that's how he was able to continue the cycle of addiction.

"Doctors did know I was addicted to Oxycodone," Niesen said. "They did know I was on Methadone at the time. And they said, 'Well, this drug is less abusive, so here you go.' So I would get the max dose. I would take double."

"Really nothing's that safe," Niesen added. "If it has any abuse potential, it will be abused. We should be aware by now, so I don't understand how this is continuing."

Wisconsin's Department of Safety and Professional Services' Controlled Substances Board says its focus has been on opioid prescriptions; specifically, with monitoring program alerts that help doctors and pharmacists identify risky behavior like medication overuse and "doctor shopping."

Wisconsin's Department of Safety and Professional Services says health care providers made approximately 20,000 drug monitoring patient queries per day in 2018; in 2016, that number was fewer than 5,000 per day.

"Because folks are looking at it more, they’re becoming aware of more information and they can make better healthcare prescribing decisions," Controlled Substances Board Chair Doug Englebert said. "On the stimulant side, we haven't done so much of that. But we have been aware of the increase that's occurring." 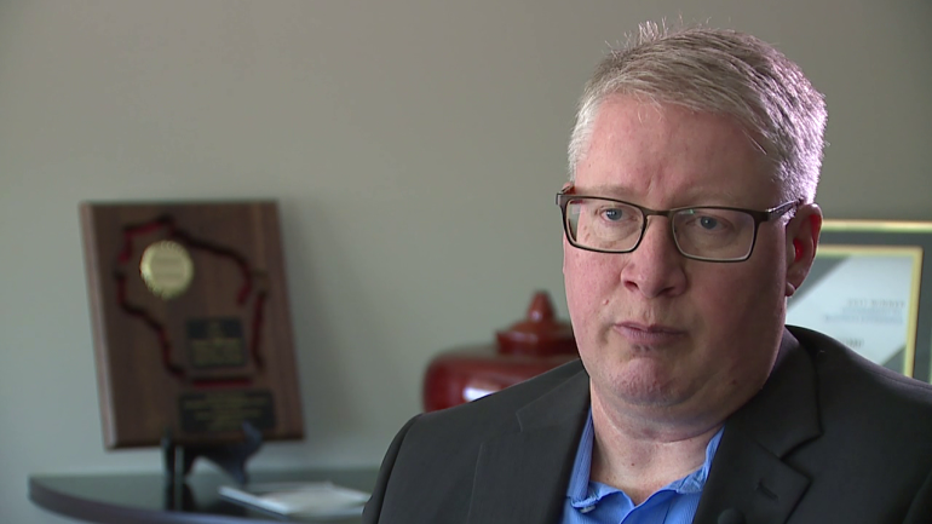 Englebert says the board is considering similar stimulant alerts for the monitoring program's future upgrades.

"Once you have something to review and find patterns, we can target some interventions," Englebert said, pointing to the success in reducing opioid prescriptions.

"Even though it’s a prescription drug, there are safety concerns with these medications," Englebert added. "Age, race, social economics - doesn’t matter. It’s all over the place. It's a significant concern across the state."

"I think it's one step in the right direction," Dr. Zaibak said, referring to the idea of stimulant alerts for the state's drug monitoring program. "Is it going to eliminate all the overuse? Probably not."

There's still a lot we don't know about how stimulants affect the brain. UW-Madison researchers digging into that issue have referred to certain stimulant prescription practices as "a large-scale, uncontrolled public health experiment" on kids. 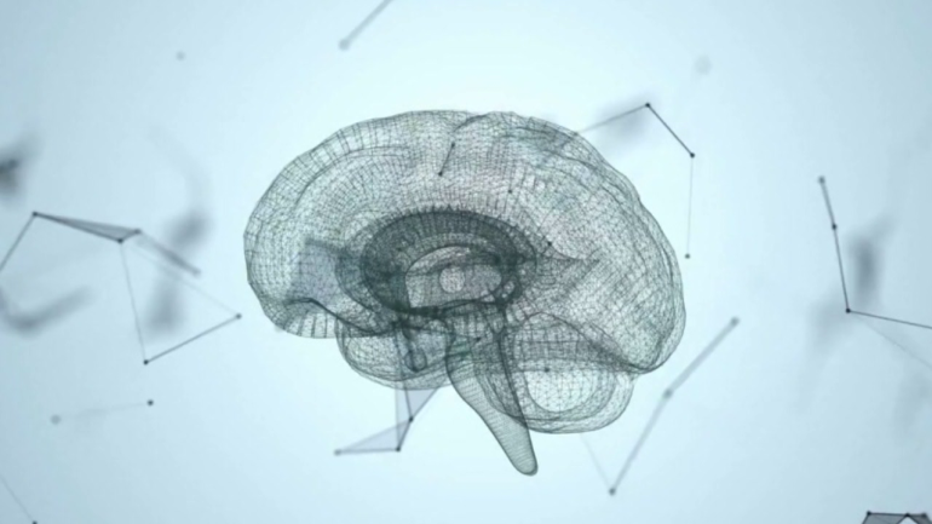 "We cannot deny the fact that ADHD is a true disease, OK?" Dr. Zaibak said. "There are people who are living with it just like high blood pressure, just like diabetes, just like cholesterol. It's a chronic condition, and people need chronic medications to treat those conditions, including stimulants."

FOX6 tried to speak with doctors who research or prescribe stimulant medications. Spokespeople from Ascension, Aurora, Children's Hospital Froedtert, UW- Madison, and UW-Milwaukee all said their doctors were not available for on-camera interviews.