The California Highway Patrol shared a photo to their Facebook page of an "extremely intoxicated" man hanging out the window of his truck.

According to the post, the driver had just fled from a hit-and-run crash. Officials say as he tried to escape, he was a little too far from a gate keypad. While leaning over, police say the man fell out of the window and got his foot caught in the steering wheel. 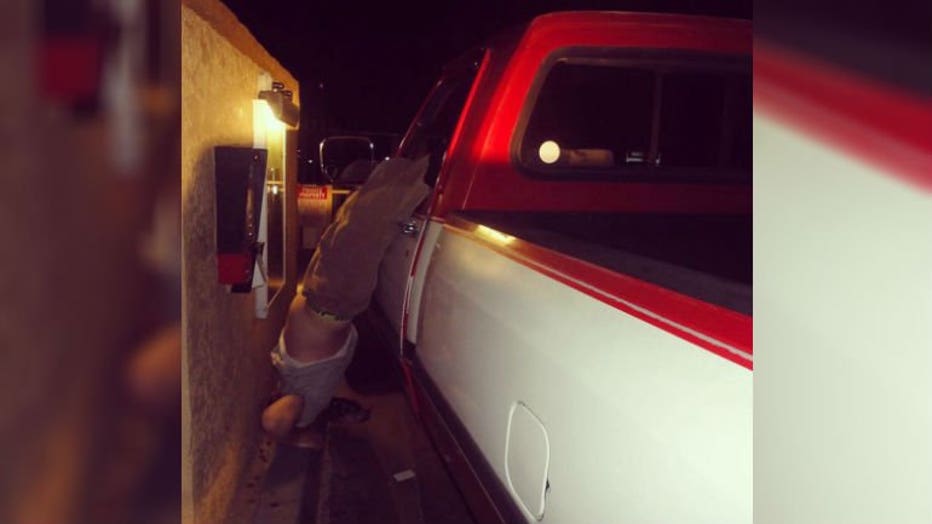 The man was left in a position he could not get out of on his own. Officials say he was uninjured but taken to jail for DUI and hit and run.

The highway patrol's Facebook post read in part, "Make the decision before the Celebration begins" with a hashtag "cantmakethisstuffup."