(CNN) -- DNA tests confirm that Ariel Castro is the father of a 6-year-old girl born to one of the three women he is accused of keeping in captivity for more than a decade, the Ohio attorney general's office said Friday.

Castro's DNA did not match that from any other open Ohio cases, according to Dan Tierney, a spokesman for the attorney general's office. National results are pending through the FBI, he said.

Amanda Berry's 6-year-old daughter was among those rescued Monday when Berry escaped from the home where police say she had been held since Castro allegedly lured her into his car on April 21, 2003. 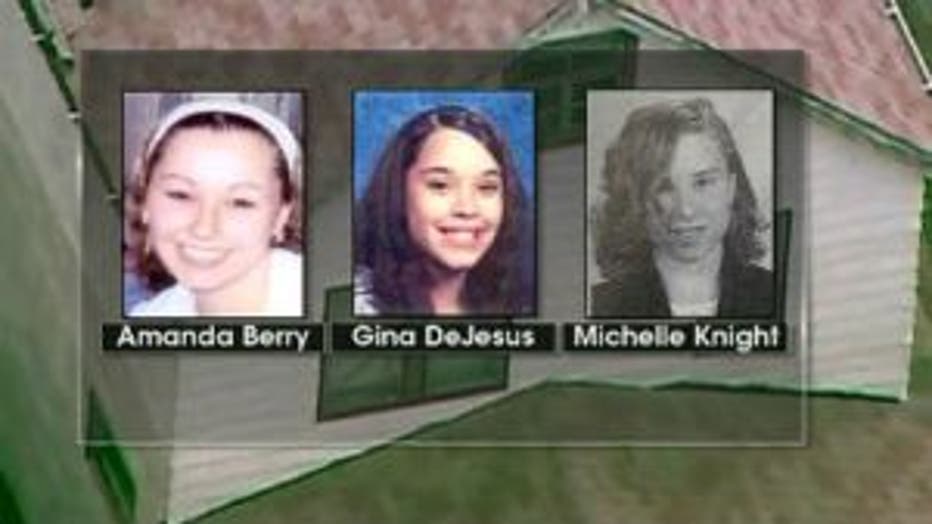 Also freed: Michelle Knight, who disappeared in 2002, and Georgina "Gina" DeJesus, who vanished in 2004.

The man accused of abducting them spent Friday in a 9-by-9-foot northern Ohio jail cell with a bed, sink, toilet, steel door and window, through which he is watched around-the-clock, said Cuyahoga County Sheriff's Office spokesman John O'Brien. Castro is on suicide prevention -- which is standard procedure for high-profile inmates -- according to O'Brien.

A day earlier, a judge ordered he be held Thursday on $8 million bond on kidnapping and rape charges.

Cuyahoga County Prosecutor Timothy McGinty said he would seek additional charges against Castro for "each and every act of sexual violence, each day of kidnapping, all his attempted murders and each act of aggravated murder."

The attempted and aggravated murders refer to instances in which Castro allegedly forced miscarriages, according to McGinty.

According to an initial incident report obtained by CNN, Knight told investigators that she became pregnant at least five times while in captivity, and each time Castro would repeatedly starve and punch her in the stomach to induce a miscarriage.

Prosecutors are assessing whether to pursue the death penalty, if Castro is convicted.

Meanwhile, questions continue to surround Knight, whose disappearance generated far less publicity and attention than did those of Berry and DeJesus.

Cleveland police removed Knight's name from an FBI database of missing people in November 2003 -- 15 months after her family reported her missing -- police said. They did so after "failing to locate a parent, guardian or other reporting person to confirm that Ms. Knight was still missing."

Police said, though, that her missing person's case remained open and was checked on as recently as November 2012.

Even as of Friday night, Knight hadn't spoken yet with her mother, Barbara, a family spokesperson said. In fact, Knight's family then had no idea where she was and had asked police for information on her whereabouts.

Her grandmother, Deborah Knight, went to the house where DeJesus is staying on Friday, said she'd heard Knight might be there and "besides, Gina's parents here have been waiting to meet us."

Without delving into specifics, a source close to the investigation told CNN that Knight "is in a safe place and very comfortable."

Cleveland police have been subject to intense criticism from some quarters over their handling of missing persons cases, but city officials have said they did everything they could to find the missing women.

Knight has been discharged from Cleveland's MetroHealth Medical Center, hospital spokeswoman Tina Shaerban-Arundel said Friday hours after the hospital said in a Facebook posting that she was in "good spirits" and "extremely grateful" for the flowers, gifts and the support of the Cleveland Courage Fund. The latter is a vehicle for raising that helps nonprofit organizations provide services to the three women.

Berry and DeJesus were released days ago and are now staying with relatives.

According to the initial report, the women told investigators that they were chained in the basement of the home, but later moved upstairs to rooms on the second floor. They were allowed out of the home only twice, and then just briefly, according to the document.

Castro would frequently test the women by pretending to leave and then discipline any of them if they had moved, according to a law enforcement source.

Storm Pusztay, who lives behind the house, told CNN's Piers Morgan on Friday that he spotted Castro a few times outside with the girl he believes was Berry's daughter.

Speakers often blasted loud music from the front of the house, Pusztay recalled, while dogs walked on the property. The neighbor added that Castro's yard was further obscured by tarps he put up, and trees.

"It's so upsetting, because he was so close," said Pusztay, who had three daughters living with him.

Castro has confessed to some of the allegations aginst him, a law enforcement source closely involved with the investigation told CNN on Thursday.

Authorities have also been reviewing a lengthy document described by a law enforcement source as "more of a diary" in which the source said Castro cites being abused by family members as justification for his actions.

On Friday, they boarded up his Seymour Avenue home to preserve the crime scene, said Cleveland's deputy police chief Ed Tomba. Authorities plan to later erect a fence around the home.

The ordeal has rattled neighbors like Juan Perez, who had viewed Castro as a "very social, happy-go-lucky ... good guy" but now think just the opposite.

"We feel lied to and we're ashamed because we couldn't help earlier," an emotional Perez told CNN on Friday. "... I just can't put it all together still."