LAKE BUENA VISTA, Fla. -- Disney will remove the infamous "bride auction" scene from the Pirates of the Caribbean ride at both Walt Disney World and Disneyland next year, the company announced on Thursday.

During the planned ride refurbishment, Disney will alter the roles of the auctioneer, the redhead woman and other characters participating in the "Auction: Take a Wench for a Bride" scene.

In the current scene, the redhead character is the prize of the auction. According to Disney, the redhead is holding a rifle and will be a "plundering pirate" in the new scene. In the official announcement, Disney wrote:

"...the redhead is trading her fashionable bonnet for a pirate’s hat. Guests will now see her joining the pirates’ ranks and helping the locals “unload” their valuables at the Mercado auction."

“'Pirates of the Caribbean' has always represented great Disney Park storytelling; it has set the standard for the theme park industry for half a century," Sklar said. "But it’s a story you can continue to add fun to, with great characters in new ‘performances.’ That’s what the Imagineers have done with this new auction scene—it’s like a theatre show with a new act.” 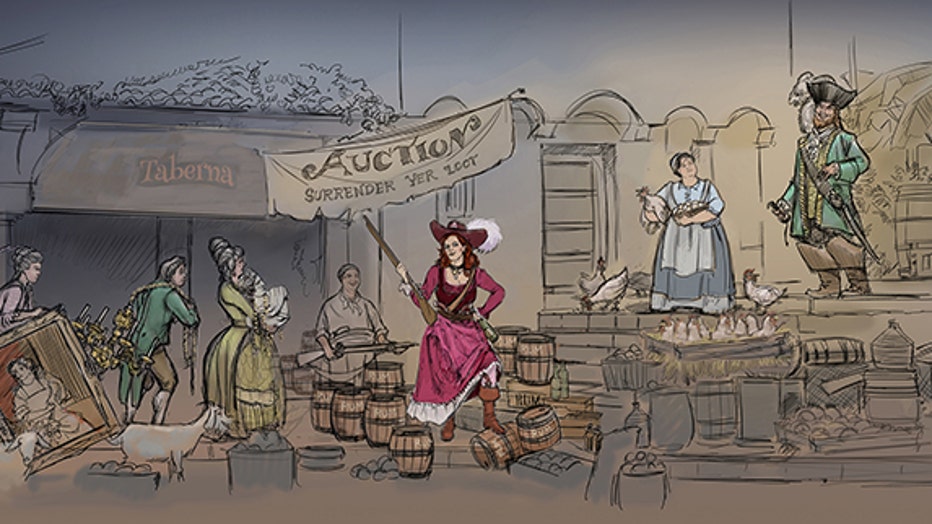