Space enthusiasts headed to the museum Saturday, one of 500 sites across the country celebrating the James Webb Space Telescope.

"The James Webb telescope is considerably different in the sense that it will be able to see literally to the beginning of light. The beginning of our actual universe," said Brian Ewenson with Spaceport Sheboygan.

The telescope, NASA's next great space science observatory, is the largest telescope ever created. As it gets ready to launch one million miles away from Earth, the "Space Out" event at Discovery World brought the excitement of rocket science to kids. 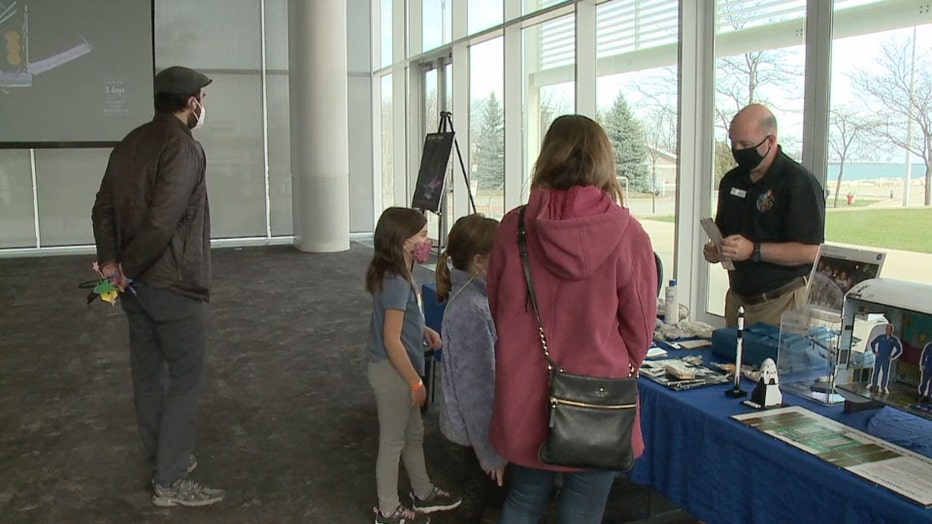 "It’s very new in innovation, so like you can see a lot more into outer space," said Cooper Fox of West Allis.

Discovery World employees said space programs and camps are some of its most popular. From presentations to face paint and learning the ins and outs of being an astronaut, it was an out-of-this-world day.

"I’ve always dreamed about going to space and how fun that would be," Lucy Fladten of Milwaukee said.

"When I grow up I want to be a scientist studying space and Mars and see if anybody lived on Mars," said Annie Fladten of Milwaukee.

The telescope is set to launch in mid-December, but that date could change.

The Milwaukee Bucks launched an NBA Reclaimed Program that will transform the team’s 2021 NBA Championship Court from Fiserv Forum into collectibles.

The Wisconsin DATCP and the Wisconsin DFI encourage student loan borrowers to take caution when it comes to questionable companies and fraudsters.