WATERTOWN — The mastermind behind a $10 million Ponzi scheme is dead. More than a year later, his son is trying to dodge a swarm of angry investors. He's also dodging questions from the FOX6 Investigators.

Among the victims of the Ponzi scheme are dairy farmers, factory workers, plumbers and elementary school teachers.  They trusted their life's savings to a man who turned out to be a liar. But what role, if any, did his son play in the scheme?  That could be a multi-million dollar question. 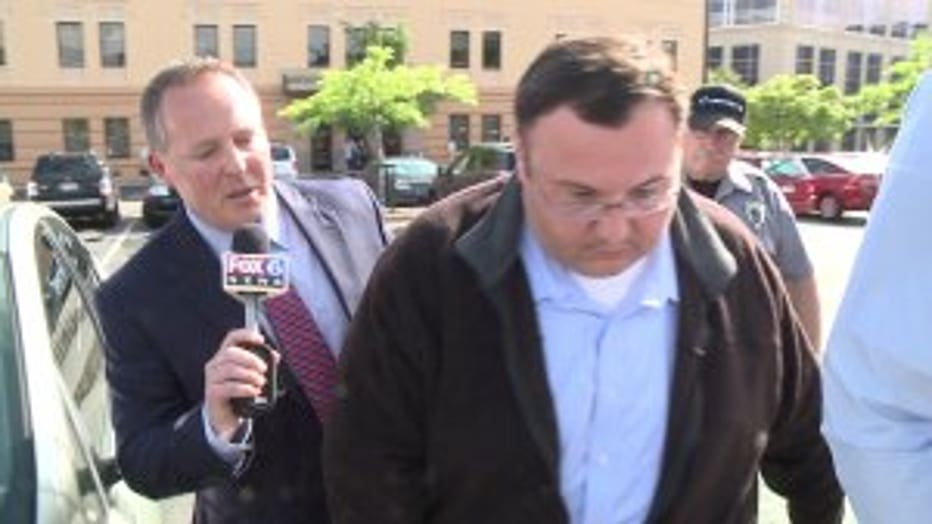 After a recent court hearing, Aaron Holzhueter asked security to escort him past what he called a "mob" of reporters.  It was actually just one reporter -- FOX6 Investigator Bryan Polcyn.

"Why don't you tell me what your dad did with that ten million dollars, do you know?" Polcyn asked, as he followed Holzhueter to his truck on the way out of a court hearing in Madison. "You have nothing to say?"

Holzhueter is dodging more than the news media.  He's trying to fend off the very people who once considered his father a friend.

Loren Holzhueter was a farmer and a businessman who owned a chain of insurance and tax preparation businesses throughout the state.

"Everybody trusted him. Everybody knew him," said Jim Degner, one of more than 150 investors who suffered losses. "He was a nice guy."

He spent years building relationships with clients, and then exploiting them.

"Before all this, I said, 'I would trust him with my last dollar,'" said Tony Milbrath, another investor. 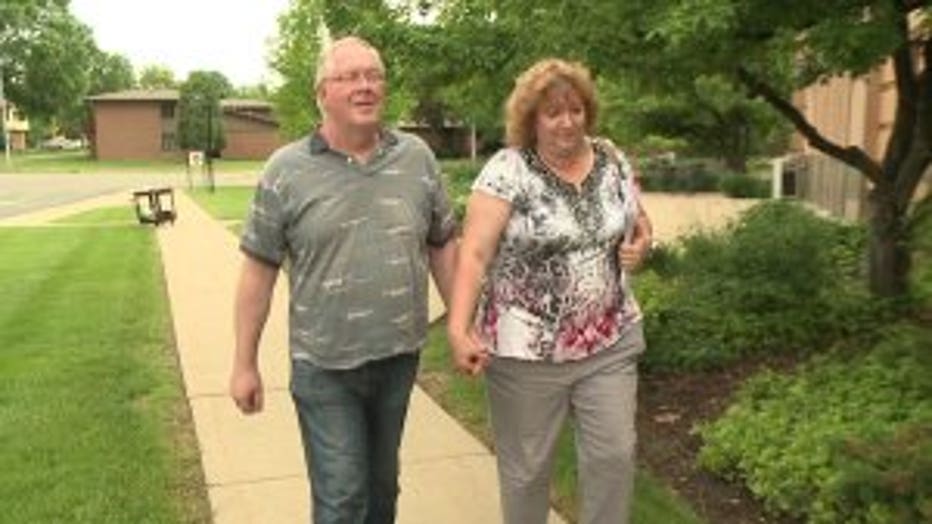 Wendy and Bob Lippert say the $50,000 they invested with Loren Holzhueter was their "safety net."

Between 2008 and 2014, Holzhueter raised $10.4 million from more than 150 investors in and around Watertown and Oconomowoc.

According the United States Securities and Exchange Commission (SEC), Holzhueter told a "wide array of lies" to convince investors their money was going into typical securities, like stocks, bonds and mutual funds.  Instead, Holzhueter used their money to fund his business -- the Insurance Service Center (ISC) -- and to pay himself and his family more than $511,000 dollars.  The SEC called it a "classic Ponzi scheme," in which Holzhueter used money from new investors to pay off old ones. 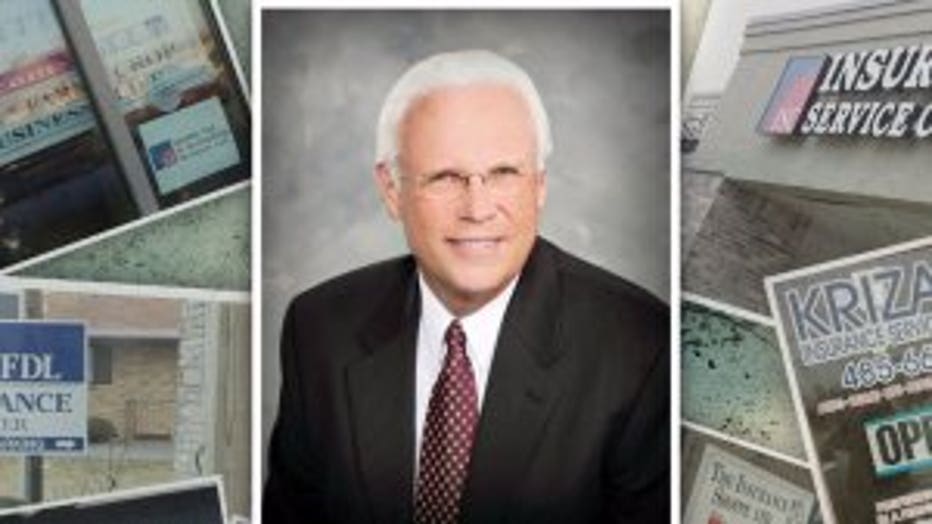 Criminal charges were imminent when Loren Holzhueter died in 2015, at the age of 69.

A federal criminal investigation against Holzhueter was still pending in the spring of 2015 when the 69-year-old businessman passed away.

"If he were standing next to me today, he would sit there and say, 'you know what guys? Don't worry. You are going to get your money back,'" said Shirley Degner, who, along with her husband, Jim, had more than $160,000 invested.

Before Loren Holzhueter died, he took out a series of life insurance policies for the benefit of his wife and son, but a  federal judge froze the proceeds, setting off a legal free-for-all. There are civil lawsuits in Dodge and Waukesha counties, a probate case in Jefferson County, plus fraud and bankruptcy cases in federal court.

"Seems like the only ones making out in this are his lawyers because they are the ones getting paid," Lippert said.

"Before all this, I said, 'I would trust him with my last dollar.'" --Tony Milbrath

While a federal judge has approved payments to attorneys and a monitor overseeing the case, victims have yet to receive a dime. The courts are still sorting out who gets paid, and how much. The SEC says Holzhueter's life insurance totals more than $9 million, but investors are owed more than $15 million.  That means there's not enough money to pay investors back in full.

"I want every dime," Lippert said. 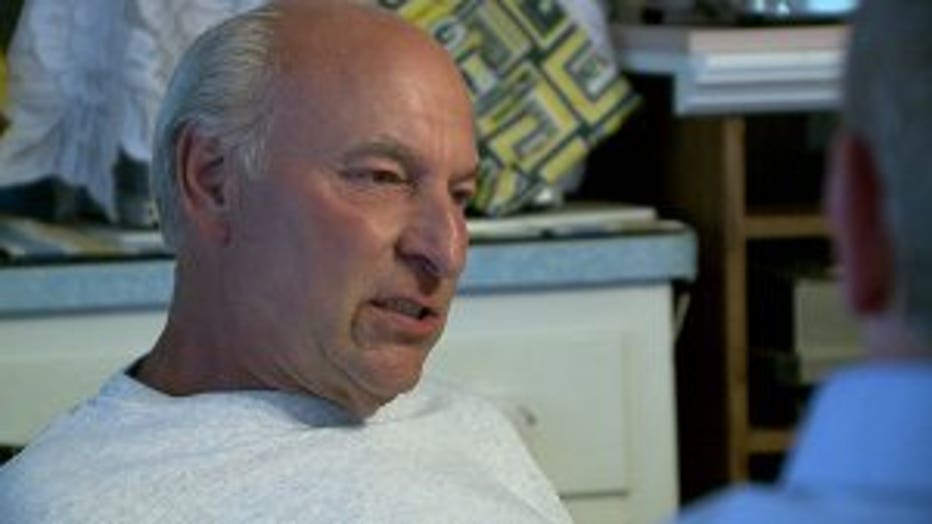 Jim Degner says Loren Holzhueter reassured him that his son knew "everything" about the business, in the event of his death.

And that is where 37-year-old Aaron Holzhueter comes in.

"He's next in line. He's just like Loren was," Degner said.

Beyond being Loren Holzhueter's offspring, Aaron is an accountant and tax preparer by trade. He was employed by ISC during the time his father was operating the scheme, then became CEO after his father's death. Several victims say when they met with Loren, his son was sometimes in the room.

In March, Aaron Holzhueter filed for bankruptcy, declaring nearly $2 million in assets, including more than $1 million dollars worth of farmland.

When the government tried to probe further at a recent hearing, his answers were often vague. At other times he didn't have answers at all. Cameras aren't allowed in bankruptcy proceedings, but the FOX6 Investigators obtained a recording in which Aaron struggled to answer dozens of questions. 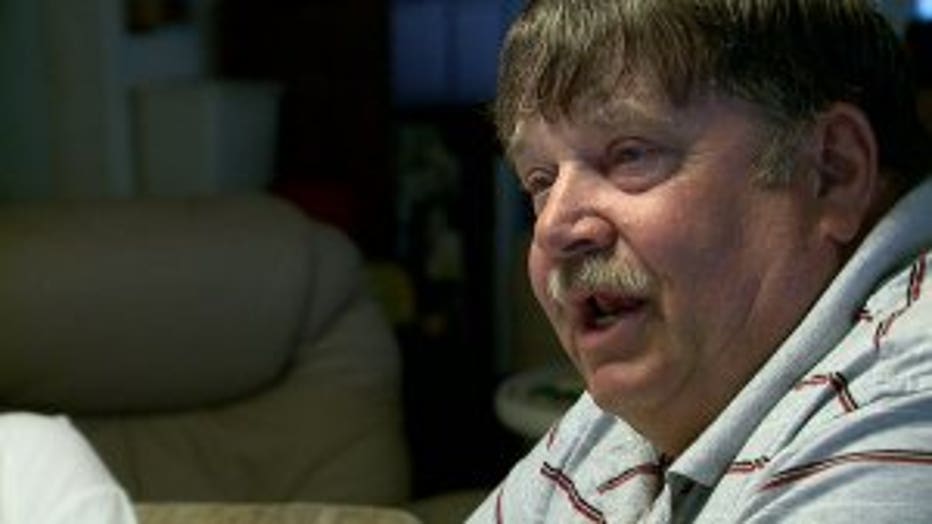 At one point in the hearing, an attorney for the US Trustee's Office seemed to become frustrated with the lack of forthcoming answers.

"I mean, here's the thing," said Debra Schneider, a trial attorney for the U.S. Trustee. "You come into bankruptcy and you file voluntarily to have bankruptcy relief."

"And so, I need you to be honest," Scheinder said.

Even as he seeks bankruptcy protection, Holzhueter continues to pull in a six-figure salary -- an "executive salary" of $3,000 per paycheck from ISC, plus another $2,815 in "officer wages" from Quality Tax & Accounting -- according to records he provided to the bankruptcy court.

Meanwhile, Tony Milbrath is putting off plans for retirement.

Like so many others who fell victim to the Ponzi scheme, Milbrath says he believed in Loren Holzhueter until the end.  He even shook Aaron's hand at his dad's funeral.

"And I said 'how are things going to go now?'" Milbrath recalls asking, as they stood next to Loren's casket. "He said 'don't worry about it. Dad taught me well.'"

Words he now sees in a whole new light.

Aaron Holzhueter was, at one time, the subject of a criminal investigation, but after his father died, the US Attorney's Office said no criminal charges would be filed. Instead, the past year has been spent determining who gets the $9 million in life insurance.

Last month, Aaron and his mother, Arlene Holzhueter, signed agreements relinquishing their rights to the life insurance proceeds. That clears the way for payments to start going out to victims in the next few months.

The SEC says victims should expect to get roughly two-thirds of their net principal investment, with more payments possible once ISC and a related business are sold.

As for Aaron's bankruptcy case, the US Trustee has recommended that the case be dismissed. Holzhueter filed under Chapter 12, a type of bankruptcy specifically for farmers. However, the Trustee says his farm income was not sufficient to quality. That leaves the door open for victims to try and recover additional money in state court actions that are pending in Dodge and Waukesha Counties.