MILWAUKEE -- A Cudahy babysitter accused of killing a six-month-old baby in her care pleaded not guilty. 30-year-old Carrie Heller entered the plea in court on Thursday, January 28th while also waiving her preliminary hearing. 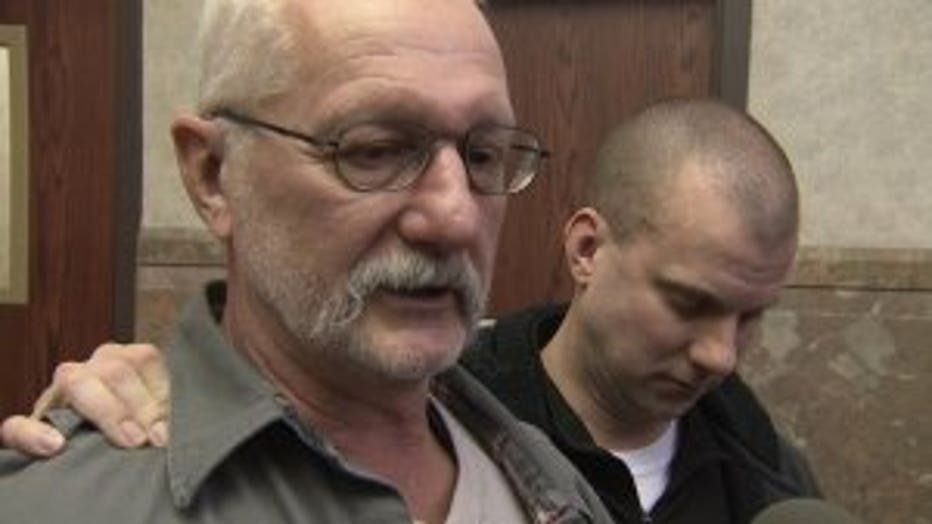 Clutching a picture of the child, Jim Watson, a friend of the baby's family, was also in court for the hearing.

"I couldn't bear really to look at her. It was devastating what she did," said Watson.

The criminal complaint against Heller indicates that around 4:30 p.m. on Wednesday, January 13th, Heller called 911 requesting an ambulance to respond to her home because an infant in her care had stopped breathing. The Cudahy Fire Department responded to the home and took the child to Children's Hospital of Wisconsin. 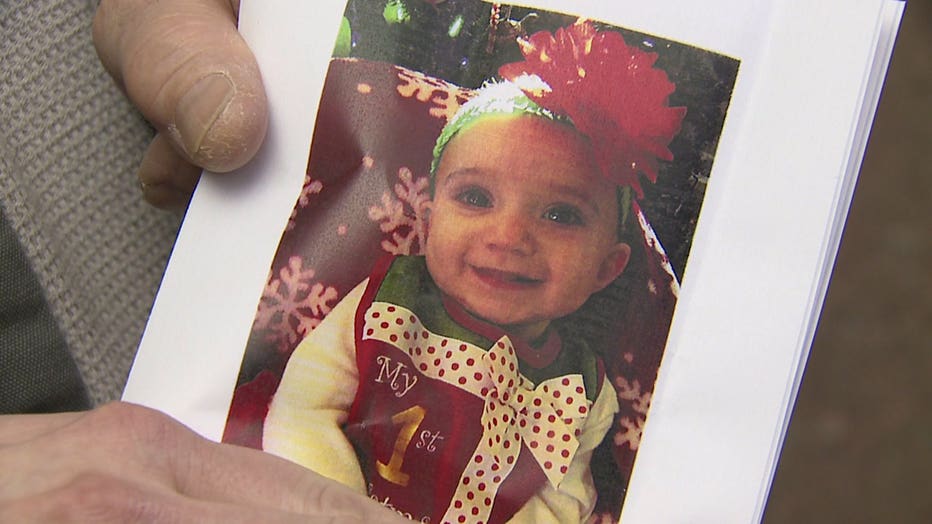 Six-month-old girl who died in Cudahy, allegedly at the hands of her babysitter, Carrie Heller

When Cudahy police initially interviewed Heller -- she told investigators she had been providing care for the infant for the past three weeks through an unlicensed daycare Heller operates within her home. On that day, Heller told police the child was given a third feeding "between 4:00 p.m. and 4:30 p.m." and she placed the child on the couch to change its diaper. During that process, the complaint indicates "(the child's) body went stiff, (the child's) neck fell back, and (the child's) eyes fluttered and rolled back." The complaint indicates the child was gasping for air. When Heller was unable to revive the child, she called 911.

According to the complaint, Heller told police she "gently shook" the child in an attempt to get her to open her eyes. When child didn't respond, 911 was called. 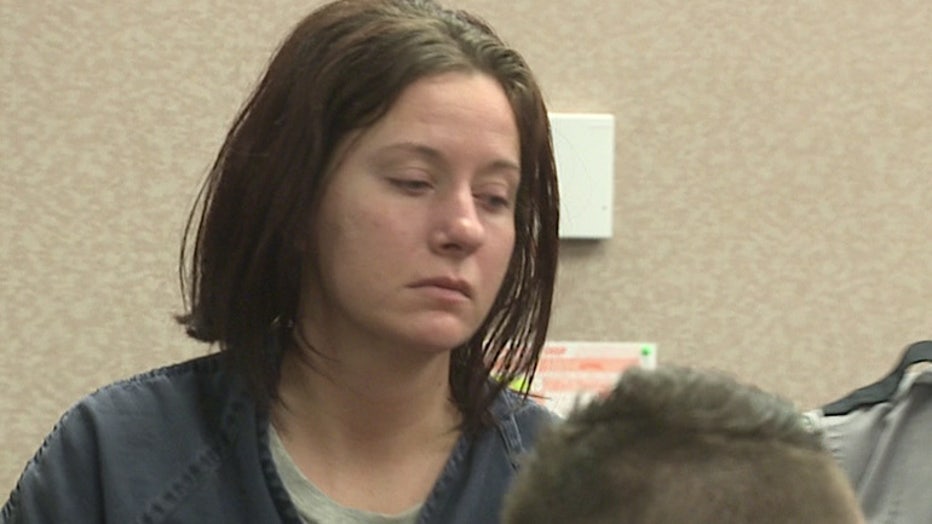 A pediatric care physician at Children's Hospital indicated the child "had a skull fracture to the right side of the head, as well as subdural hemorrhaging and brain swelling." The doctor told police investigators the "injuries would have required significant forces to (the child's) head." The doctor believed the child "was violently slammed, shaken, and/or thrown just prior to exhibiting seizure-like symptoms."

The child died on the evening of January 15th.

On January 15th, Cudahy detectives placed Heller under arrest for physical abuse to the child. 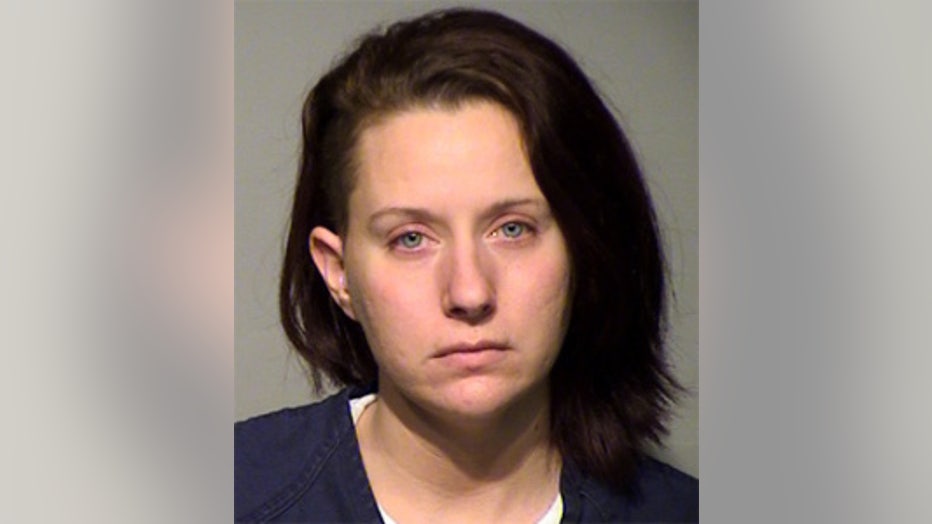 After Heller was taken into custody and re-interviewed, the complaint says she told her initial story of the child sustaining a seizure while she was changing the child's diaper. Then, Heller changed the story and claimed the child fell off the couch and onto the hardwood floor while Heller was changing her diaper. Heller said she was "scared" when initially interviewed by police -- and said that's why she didn't tell police about the child falling off the couch.

According to the complaint, when Heller was informed that the child had passed away, she "immediately started crying" and asked to again talk with a detective.

Heller again told the detective the child fell off the couch on January 13th. Additionally, the complaint indicates Heller admitted to shaking the child -- saying "it worked the first time so I thought it would work again." Heller said she shook the child after the child fell to the floor, and she indicated that's when the child began to exhibit seizure-like behavior.

The complaint indicates Heller "described how (the child's) head went back and forth repeatedly as (Heller) shook (the child)." Eventually, the child's body was "limp and lifeless."

Heller eventually admitted to lying about the child falling from the couch. Heller said she was holding the child while standing in the living room, and she said she "accidentally" dropped the child onto the hardwood floor.

One day after the child's death, the complaint indicates Heller provided yet another explanation for the child's injuries -- indicating she had "accidentally struck the child in the head with the highchair tray -- causing the child to cry." 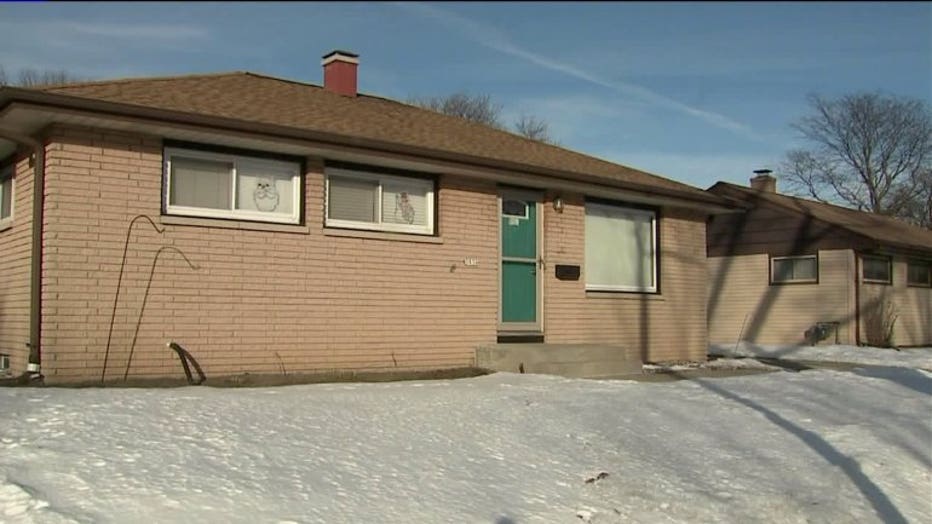 Heller said she then laid the child down on the couch to change her diaper -- before shaking her. When she laid the baby back down on the couch, the complaint indicates the child gasped for air, and it then appeared she wasn't breathing. Heller told police she then shook the child a second time.

A doctor determined the child was the victim of "near fatal/fatal abusive head trauma." Following an autopsy, her death was ruled a homicide.

If convicted on this charge, Heller faces up to 60 years in prison.

Heller is due back in court on February 8th.