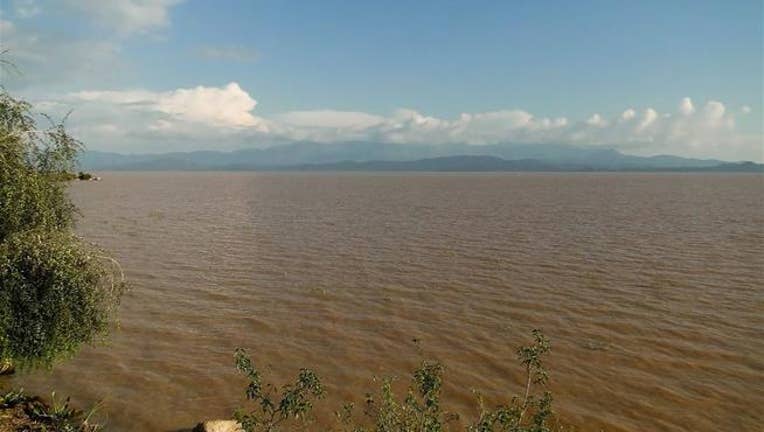 ARBA MINCH, Ethiopia – Some 80 people set to be baptized at a lake in southern Ethiopia instead watched as their pastor was killed by a crocodile Sunday.

Pastor Docho Eshete had baptized one person on the shores of Lake Abaya near Arba Minch and was about to perform the religious rite for a second when "all of a sudden, a crocodile jumped out of the lake and grabbed ," a witness tells the BBC.

Police say residents and fishermen tried unsuccessfully to save the 45-year-old Protestant pastor, who suffered bites to his legs, back, and hands, though they were able to retrieve his dead body before the animal escaped, reports the Telegraph.

Lonely Planet warns Lake Abaya has many crocodiles "said to be aggressive towards people and animals because the lake has few fish, their preferred food."

The "reddish brown" water also makes it hard to spot crocodiles in the vicinity, per the Telegraph.

The one that attacked Docho was likely a Nile crocodile, a species blamed for more than 300 attacks on humans in Africa each year, reports the Independent.

Humans are "less powerful and slower in water than any similar-sized wild mammal and therefore easy prey" for the "opportunist ambush predator," according to a UN report. (This grateful couple married days after a crocodile attacked them.)