MILWAUKEE -- People are drinking more alcohol at home. Sales are way up at local liquor stores. So how has COVID-19 changed what people are buying and why they are drinking?

Typically, the week of the 4th of July means a surge in sales at Wisconsin liquor stores. But this year, stores like Otto's have been making holiday-like sales since March. 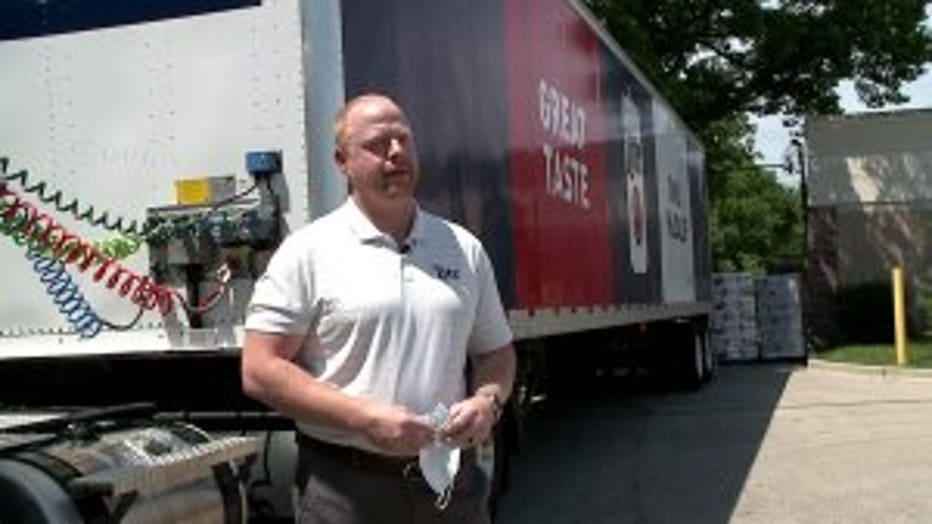 "When panic sort of set in, we saw this huge surge at the grocery store, club stores and things like that -- just to load up on beer," said Andrew McGuire.

McGuire said Molson Coors has seen a big boost in its in-store sales.

"We actually stopped production on kegs and bottles that would go to bars for a few months. And on the flip side, honestly, those 24-pack cans -- we can't make quickly enough," McGuire said. 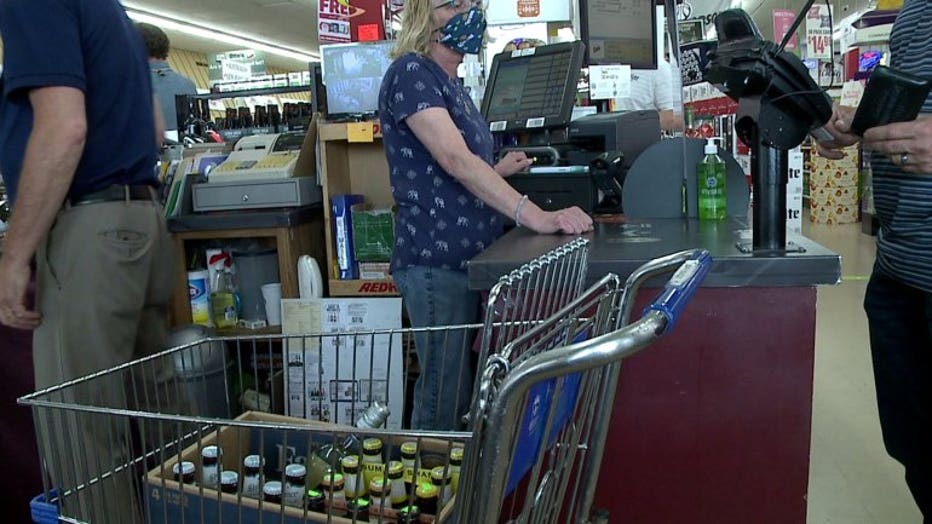 Bigger packages are not the only thing selling at Discount Liquor in Milwaukee.

"Tequila sales have been through the roof," said Marie Greguska, owner of Discount Liquor. 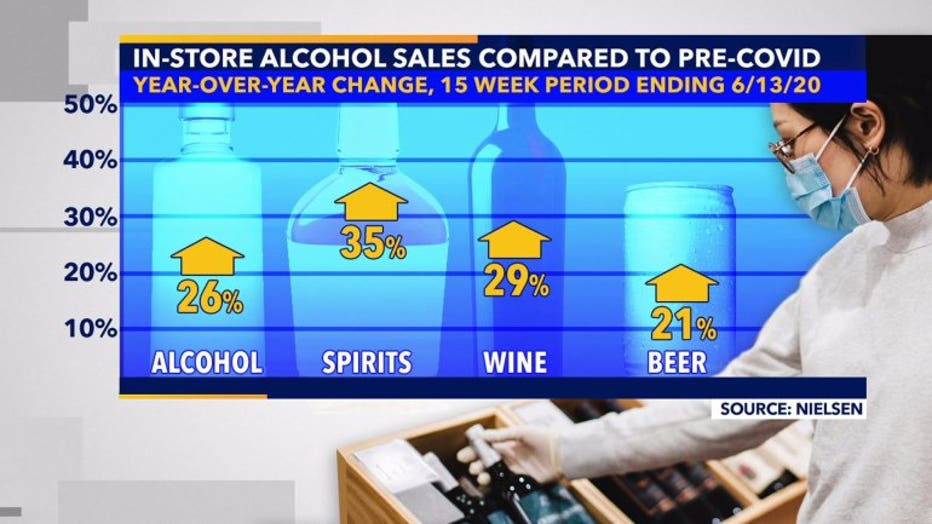 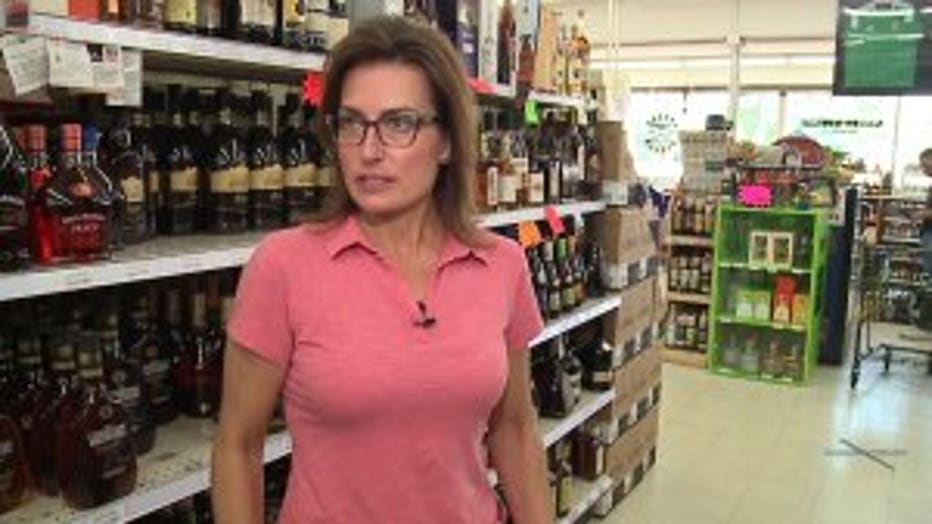 Compared to pre-COVID levels, alcohol sales at brick and mortar stores nationwide were up 26 percent in mid-June. Spirits were up 35 percent, wine up 29 percent, and beer up 21 percent. There has also been unprecedented demand for larger pack sizes. Sales are way up for boxed wine, 30-packs and 24-packs of beer, and 1.75-liter bottles of spirits.

"You don't see much of the pop-in, grab one six-pack, or one bottle nowadays. Now, everybody has a cart or a basket in their hand and they're stocking up," Greguska said. 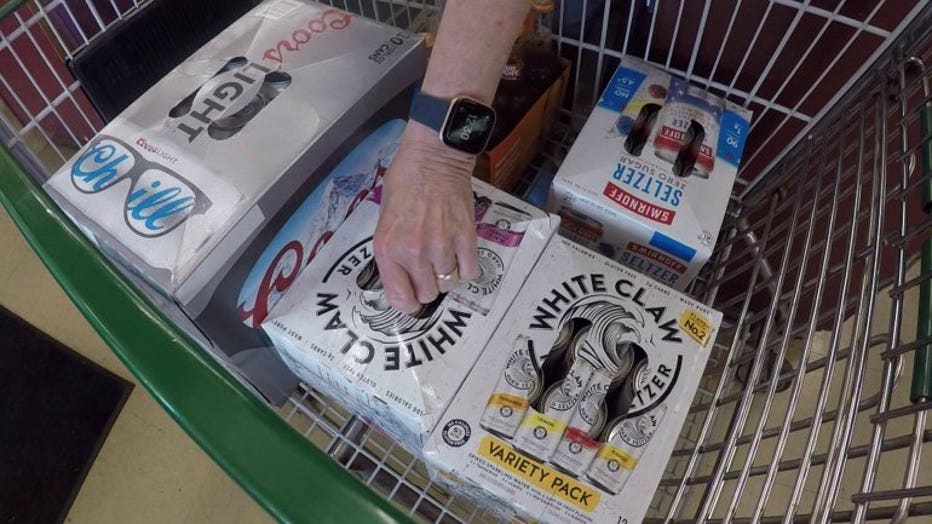 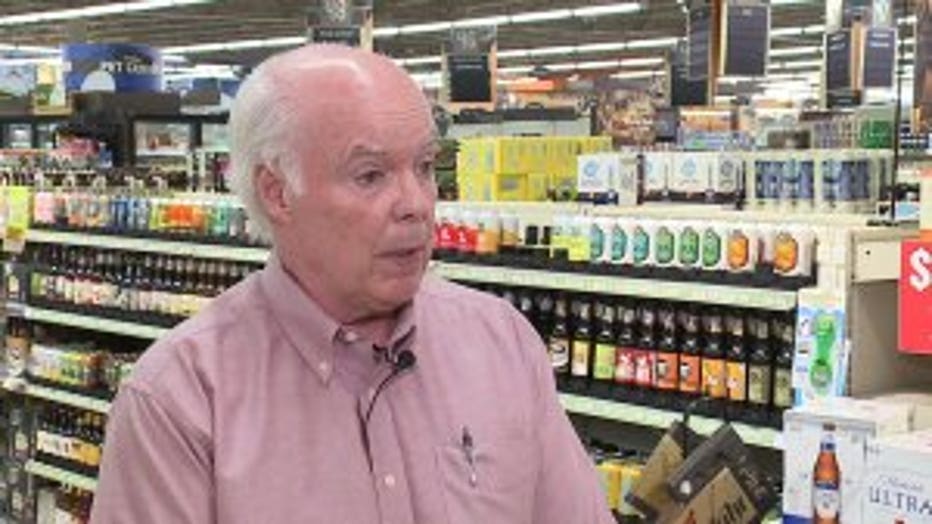 "Spirits, of course, have been a big, big seller," said Jim Hyland with Roundy's, which has seen a 40 percent increase in adult beverage sales since March.

There are positives to drinking at home. It is less expensive and there is no need to drive anywhere. At the same time, one expert said to be careful of forming a habit that may be hard to break. 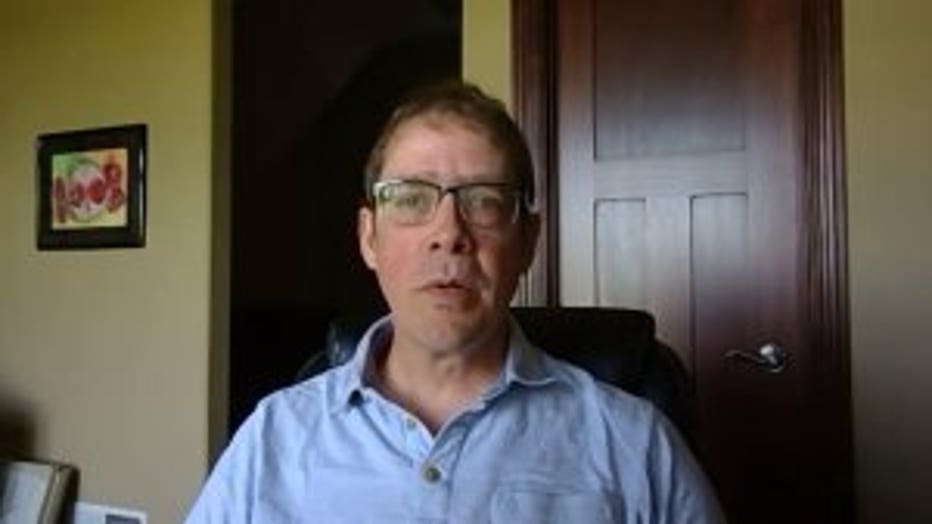 "The reason people drink -- the stress, the frustration, the free time -- all of those are in abundance right now," said Professor David Baker of Marquette University.  "You lose some element of control over it."

If you have formed a nightly drinking habit at home in recent months, it might be time to test whether you can stop.

"So, can you disrupt that pattern for three days, four days, maybe a week. And if you're able to do that with some degree of ease, then I'd say it's not an issue," Baker said.

In the meantime, stick to moderate drinking recommendations up to one drink per day for women and up to two for men. 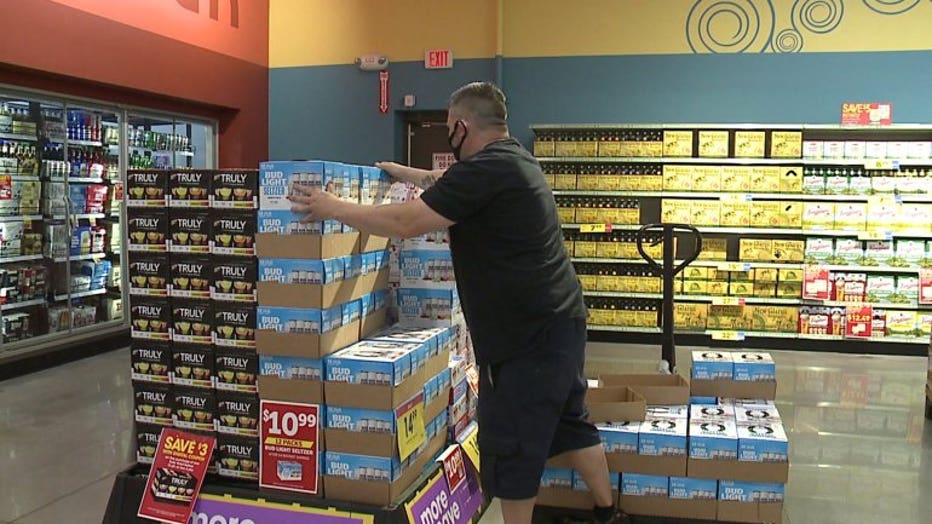 Local liquor stores expect their sales will stay up until bars and restaurants reopen fully.

A quick note... Alcohol sales online have also spiked amid the pandemic. In April, sales were six times higher than one year ago.