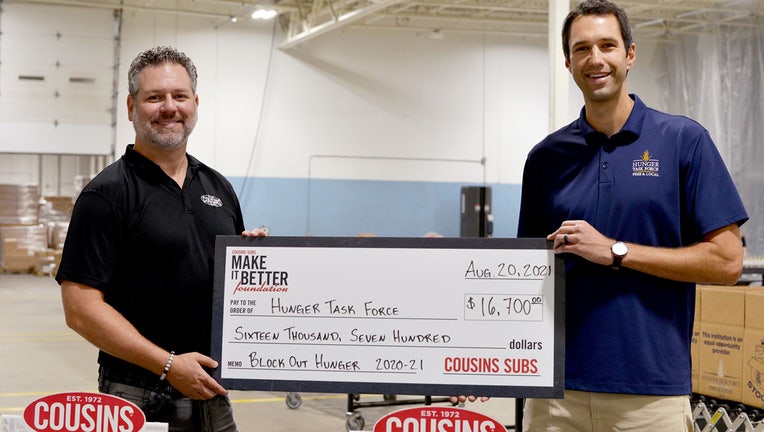 MILWAUKEE - Cousins Subs and the Milwaukee Bucks teamed up to raise $16,700 through their Block Out Hunger campaign during the 2020-2021 season.

The Block Out Hunger campaign just wrapped up its sixth season. It pledges that for every block the Bucks tally during the regular season, the Cousins Subs Make It Better Foundation donates $50 to Hunger Task Force to help fight food insecurity across the state. This season, the Bucks completed 334 blocks for a total of $16,700 donated to Hunger Task Force to purchase nutritious milk for the nearly 50,000 Wisconsin families it serves.

Since its inception in the 2015-16 season, the Block Out Hunger campaign has raised more than $115,000 to support Hunger Task Force and its affiliated pantries across the state of Wisconsin.

Learn more about the ways Cousins Subs and the Milwaukee Bucks help Block Out Hunger.

TSA officers prevented another handgun from making its way onboard an airplane at Milwaukee Mitchell International Airport Thursday.