Wall collapse near MLK and North

Wall collapse near MLK and North 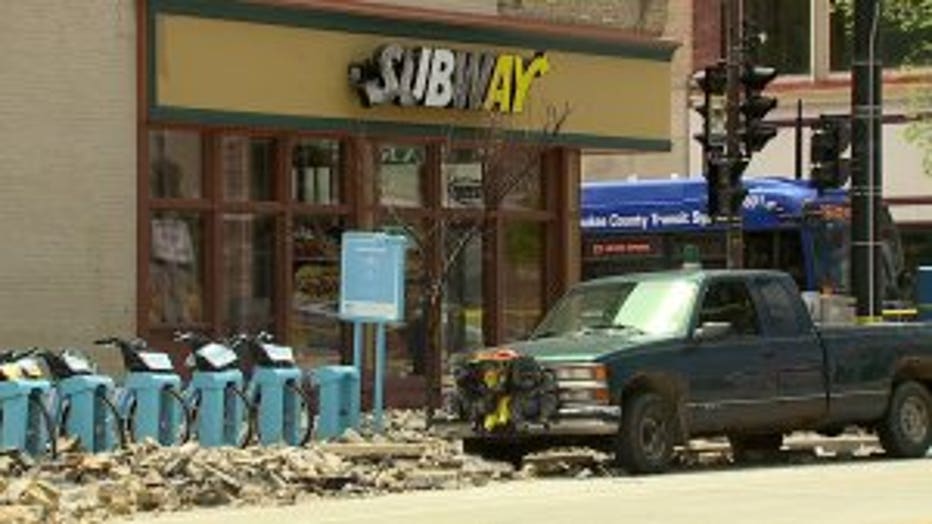 MILWAUKEE -- A brick wall collapsed from the building that houses the Subway sandwich shop at MLK Drive and North Avenue on Friday, June 1.

The street along North Avenue, east of MLK was shut down for much of the day. It was filled with hundreds of bricks and debris.

"You could feel it shake. If you were in that building, you would shake like, 'whoa what was that?' That's how hard the rocks from top of the building hit the pavement," said Stallone McAdory. 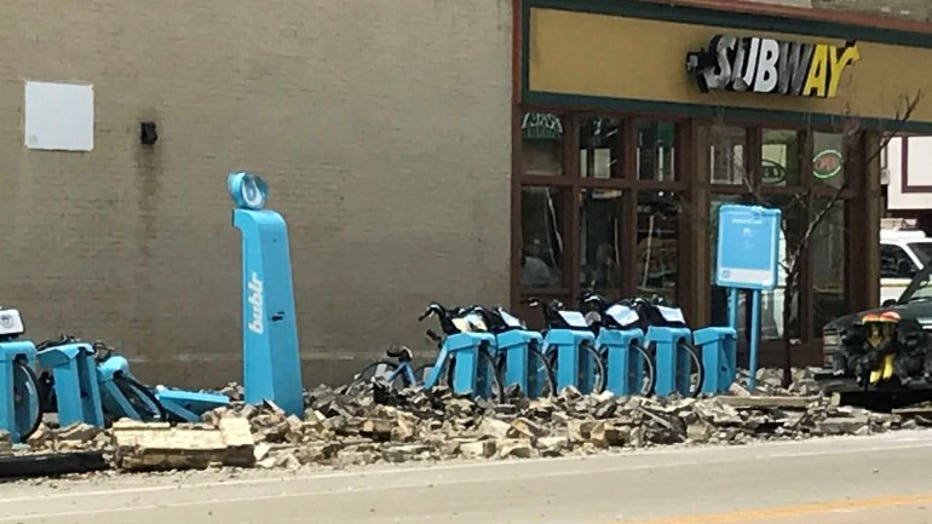 McAdory was inside the building when part of it collapsed. 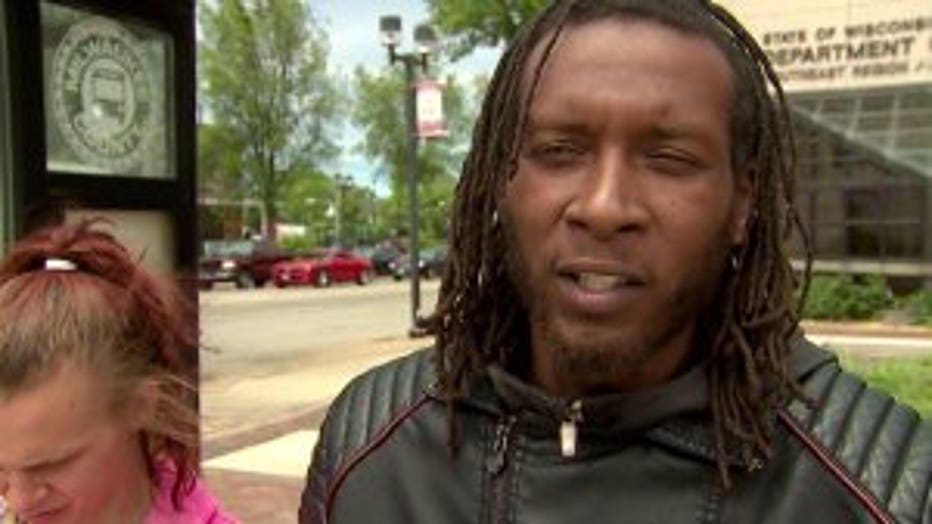 "Just went in to get a couple subs and some soup and the soup saved us," said McAdory.

McAdory said as he was walking out the door, he paused and turned back to get some soup.

"If I hadn't turned around to go back in there and get that soup, we would have came outside exactly around the same time all them bricks started falling off the top of that building," McAdory said. "If it would have hit us, we'd all be dead." 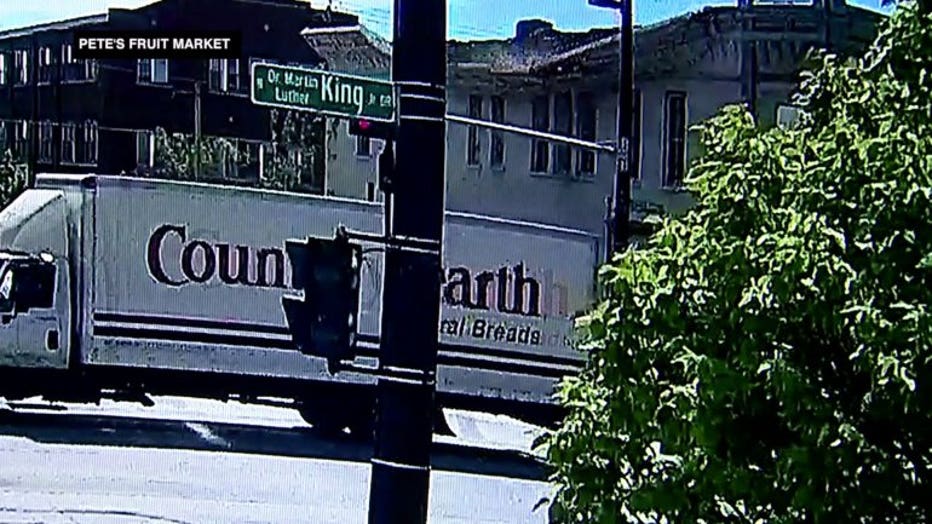 Many marveled that no one was injured. Next week, children would have filled the walk after school is done for the summer.

"It was terrifying truthfully. Once we saw, once the building got to shaking, we didn't know if it was an earthquake or a car accident," said McAdory. "It was just a miracle for no one to be right there at that moment when all that stuff happened, to have nobody under the rubble like that. It's just a blessing." 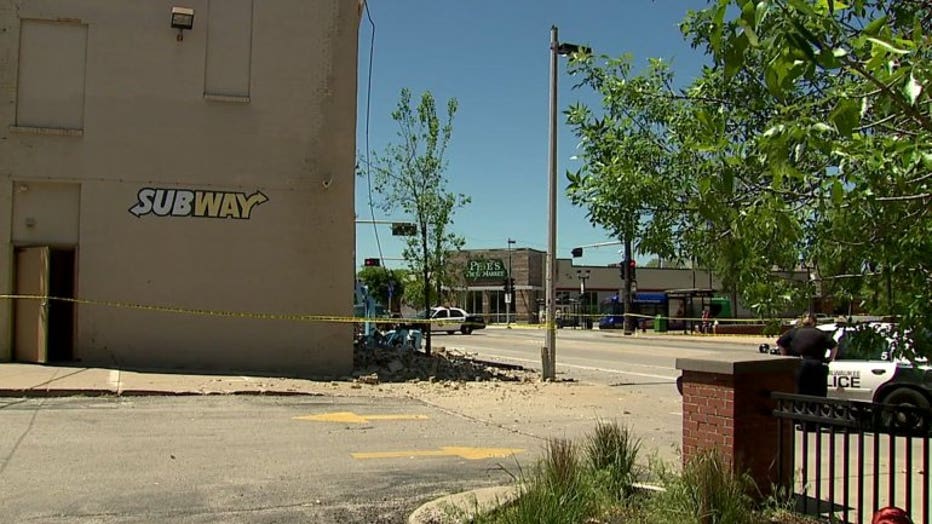 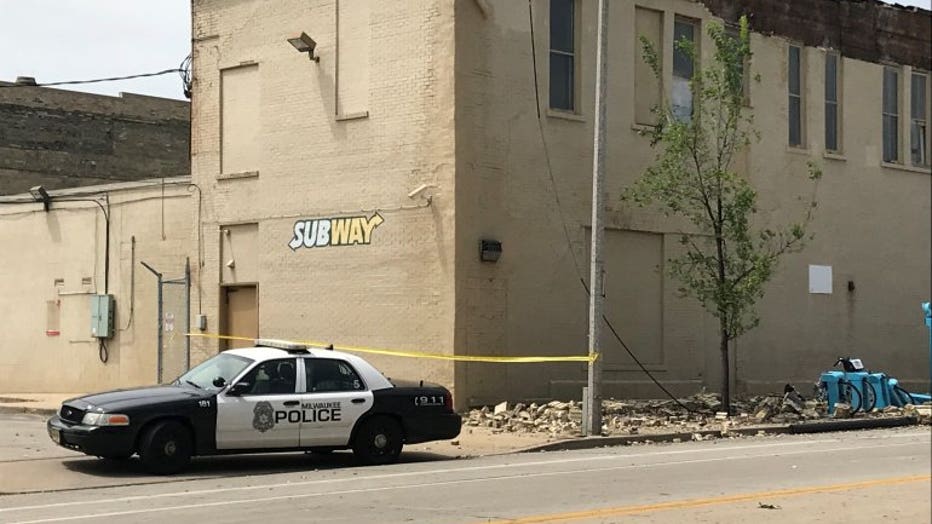 Again, there were no injuries. Several Bublr rental bikes parked were smashed and there was damage to a vehicle.

Officials with the City of Milwaukee's Department of Neighborhood Services said inspectors are awaiting the engineer's report to determine the cause.