Contact 6 with a warning before you buy a dog collar

Contact 6 with a warning before you buy a dog collar

PEWAUKEE -- An important takeaway for any dog owner, after a Pewaukee family's dog develops an infection. They say it's because of one company's dog collar and now want that company to refund their vet bills.

Apollo needs to burn energy outside. So when his owners found ticks, they bought a collar that would kill and repel them. But a few months later, something changed. 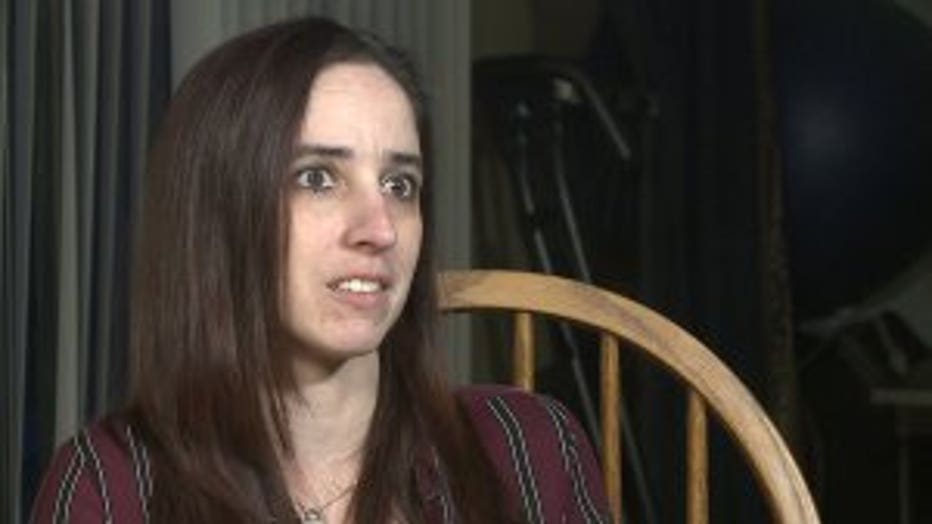 "He started to smell kind of bad and we thought it was just bad dog smell and he needed a bath," said Marie Moran, Apollo's owner.

A closer inspection revealed the thick fur beneath Apollo's collar was matted by fluid from a wound.

"It was bad to the point where we ended up taking him to the emergency vet that evening," said Moran.

Turns out Apollo had an 'intense, deep infection.'

A vet later wrote it was 'secondary to the Seresto collar.' 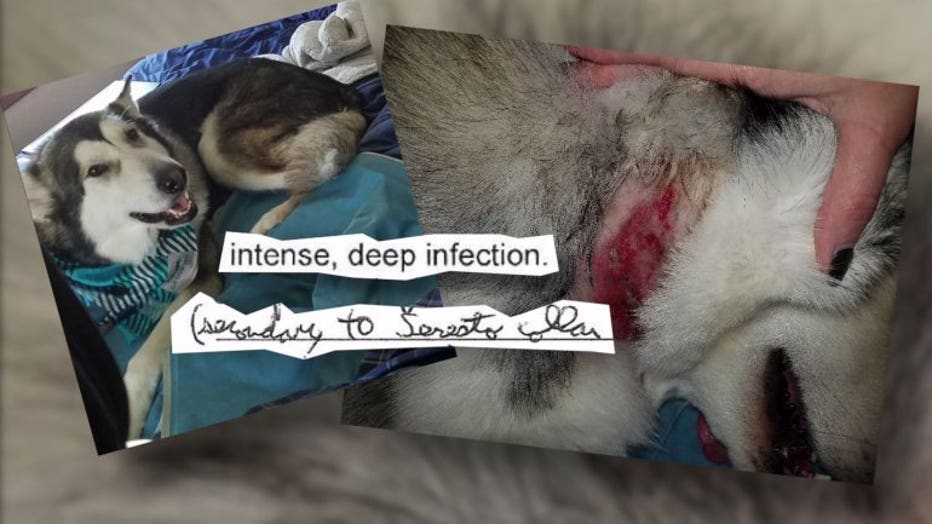 "They actually called Seresto and started our claim for us that evening," said Moran.

Bayer says the collar can be worn for eight months and there's no need to remove it for swimming or baths.

In small print, it even says, 'in very rare cases, dermatitis, inflammation, eczema, or lesions may occur.' 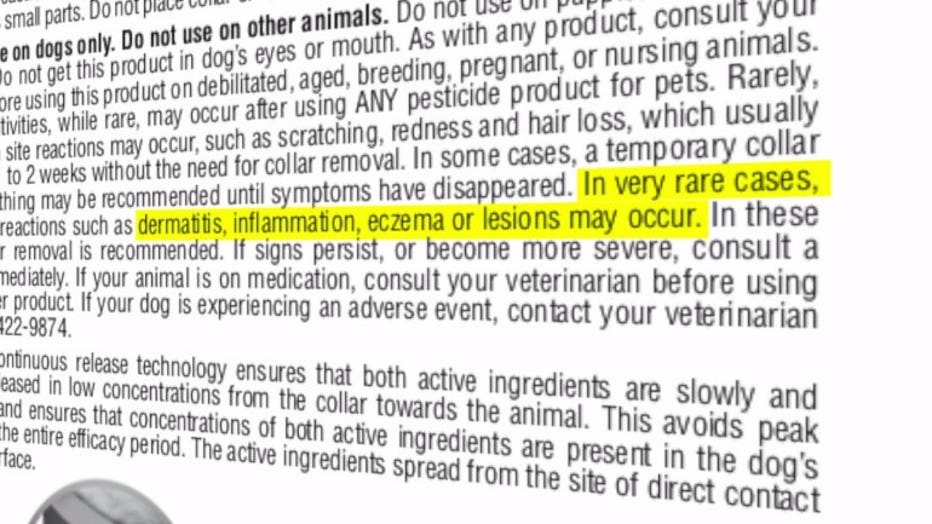 "A lot of times when they come in here, it's to the point where they need sedation and they need pain medications," said Rebecca Mayhew with Wisconsin Veterinary Referral Center. 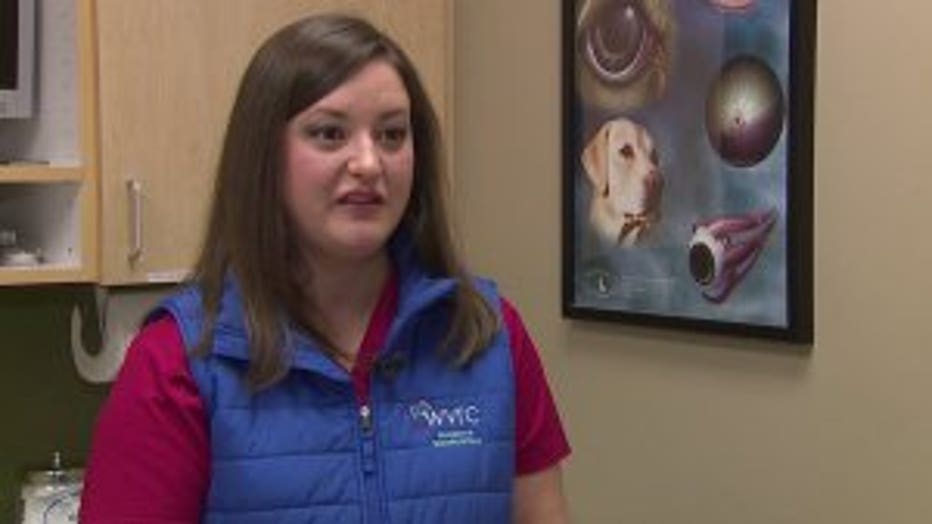 Dr. Rebecca Mayhew treated Apollo and says this type of injury can happen with any dog collar that rubs against a cut or bug bite -- not just the ones containing repellants or medication.

"When you have a thick-coated breed like a Malamute or a Husky, it's hard to notice until it becomes super out of hand, so sometimes you end up shaving half a dog to find it," said Mayhew.

Bayer tells Contact 6 it has 'millions of collars in use' and it 'adhered to the EPA's rigorous federal requirements for registration through efficacy and safety testing.' 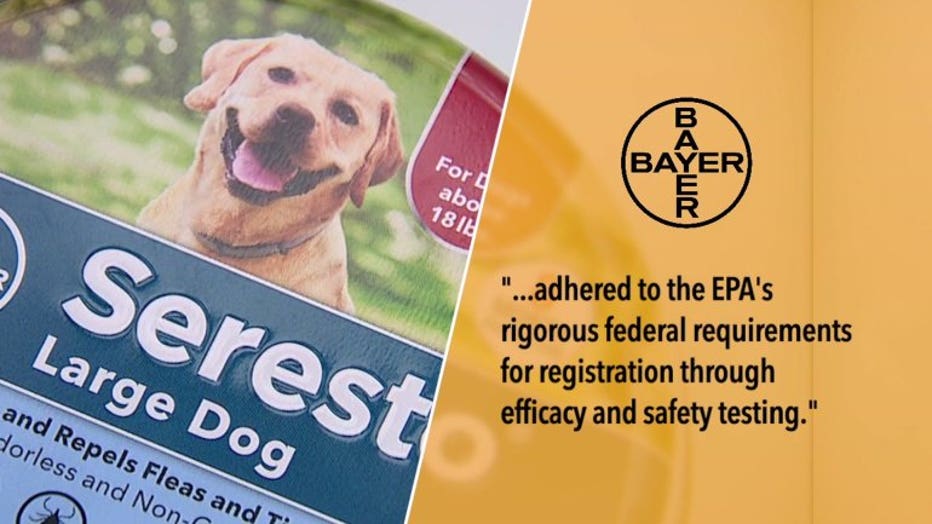 "They didn't give any other sort of explanation aside from sometimes this happens," said Moran.

Moran says Bayer offered to cover more than $500 in vet bills, but it won't cover the remaining $140 for Apollo's anesthesia.

"Ultimately, it turned into them telling me I either had to accept what they were offering me or I was getting nothing," said Moran.

For now, Moran is not accepting.

"Granted, it's not a lot of money it's the principle that your collar destroyed my dog`s neck at one point," said Moran.