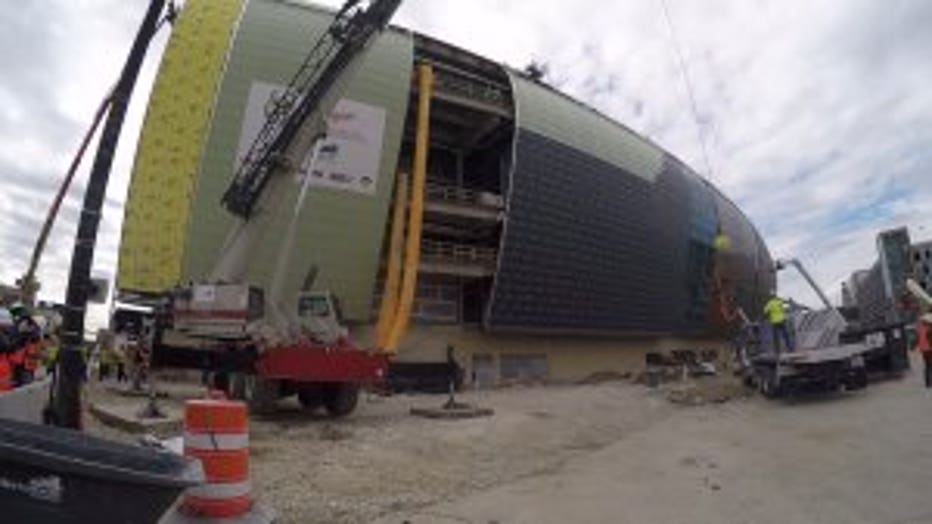 MILWAUKEE -- Officials are on the verge of making a major announcement regarding the Milwaukee Bucks entertainment district adjacent to the new Milwaukee Bucks arena going up in downtown Milwaukee.

The public isn't just closely following the construction of the $500 million arena. They're also eager to hear updates on the proposed live entertainment district surrounding it.

"What we are doing on the plaza, and when you look back at this arena, it is engaging," said Blair Williams, hired by the Bucks to develop the entertainment district. 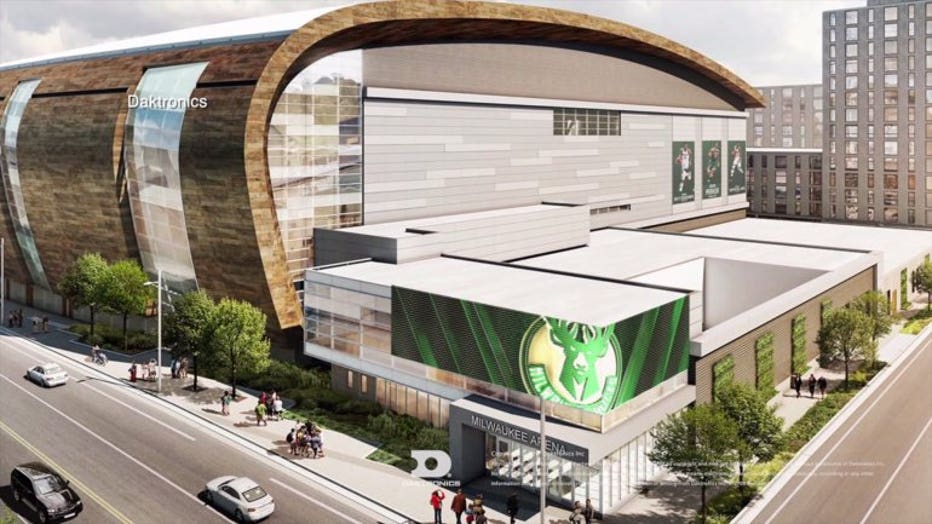 Williams was the featured speaker at a Rotary Club meeting in Milwaukee on Tuesday, October 10th.

"The plaza itself will be dynamic," said Williams. 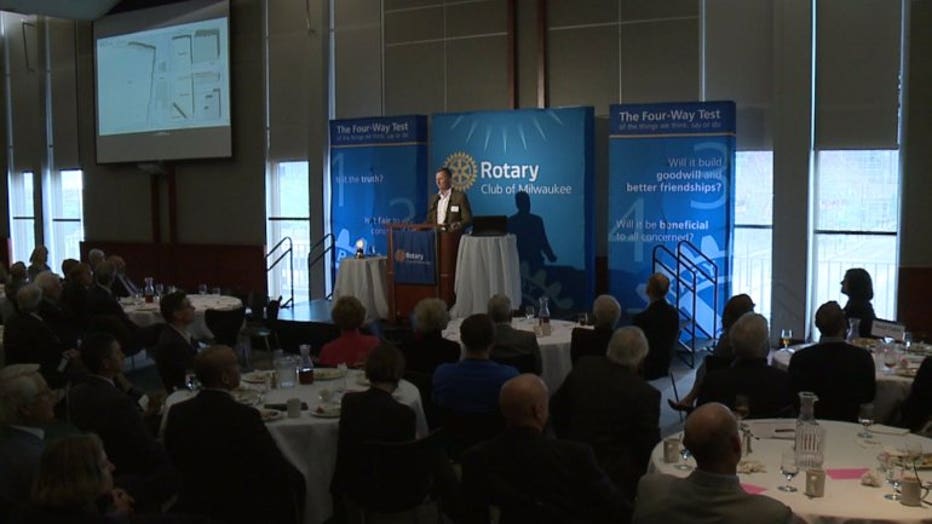 Williams is the managing director of real estate for the Bucks' arena project. 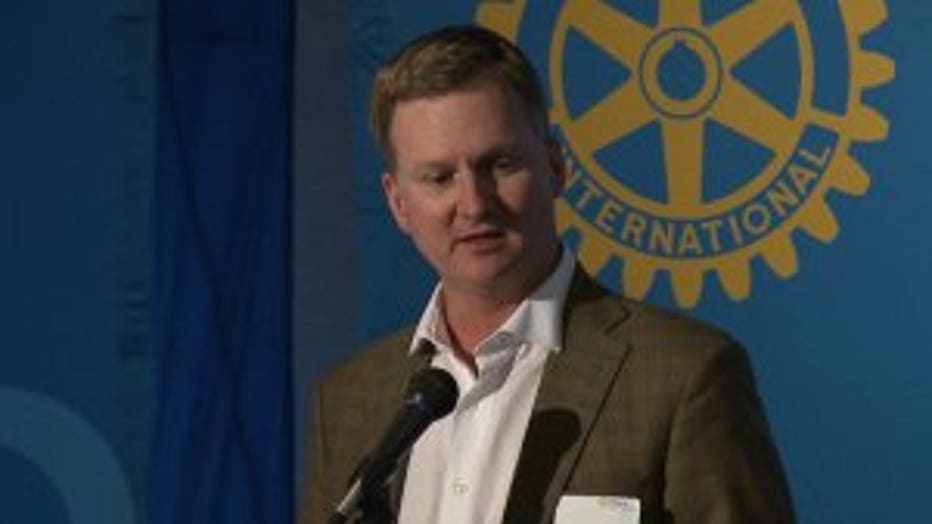 "In January of this year, I took that role," said Williams.

Williams has the monumental task of shaping the kinds of arts and entertainment options the district offers outside of the arena itself.

"When I started in January, we had a good, strong lead on where we were going to go with everything. What's happened between January and now, very close to announcing some very exciting users," said Williams.

Progress on the arena itself is clearly visible, and Williams said construction key to the entertainment district will begin soon. 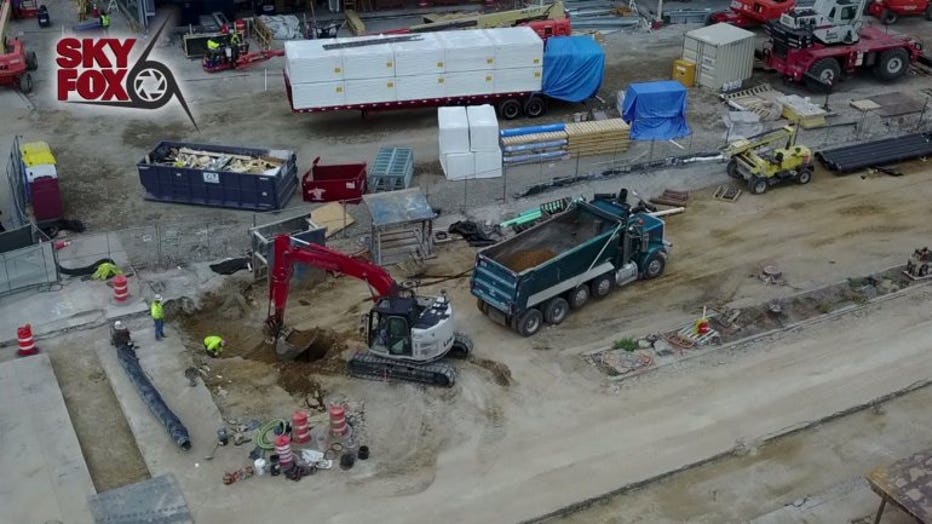 Williams was asked whether Milwaukee can support a development boom if the city isn't experiencing a population boom. 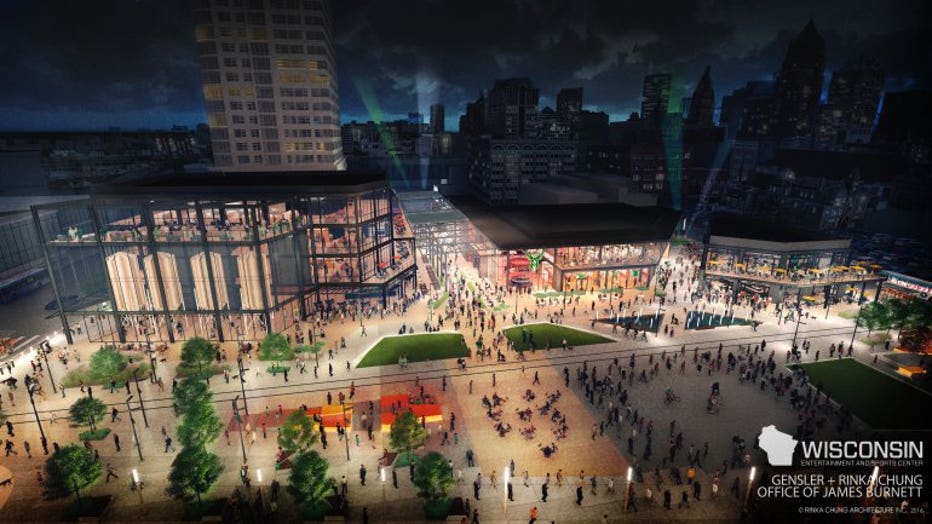 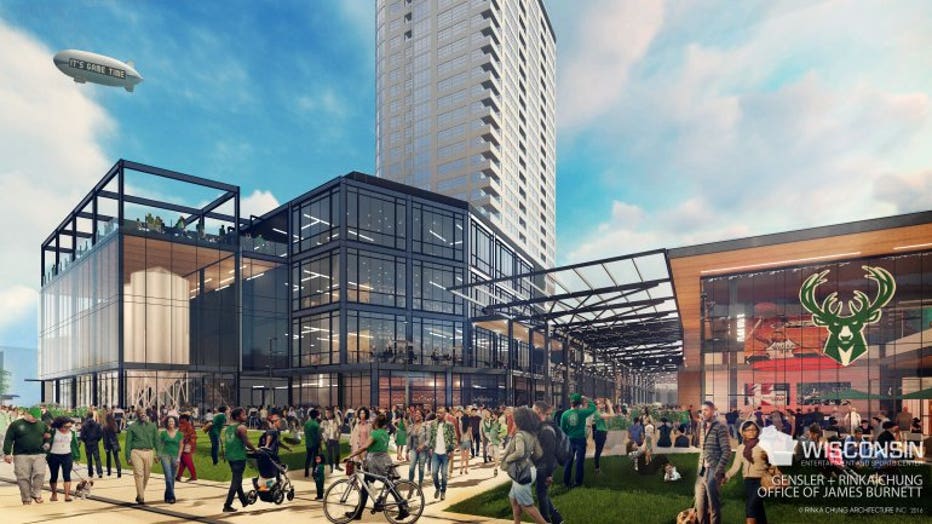 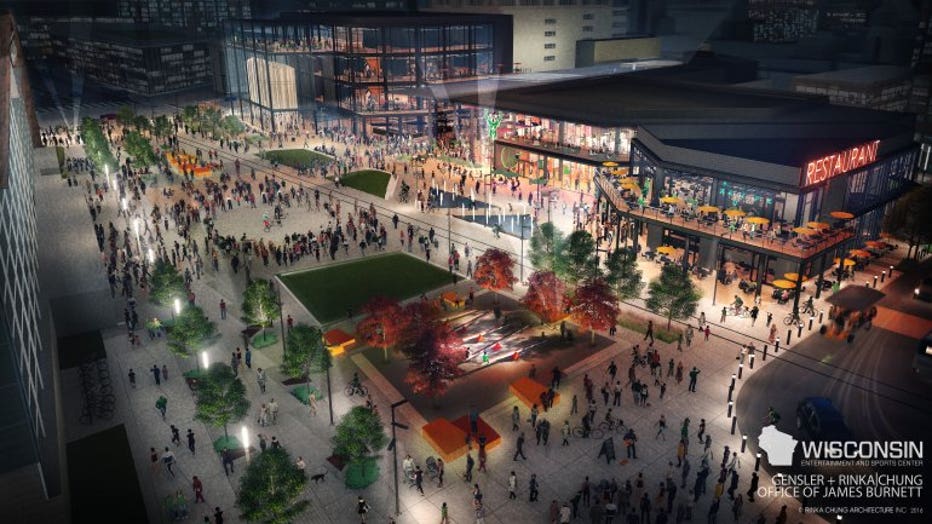 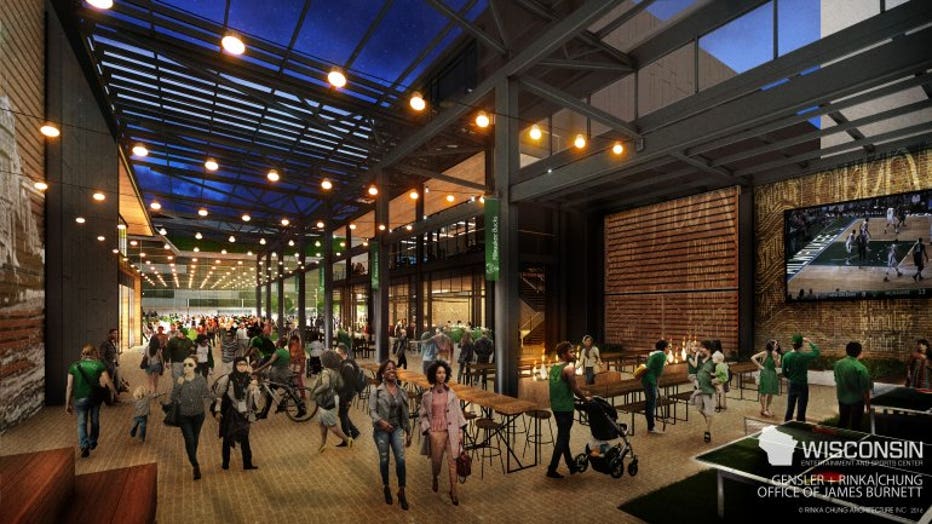 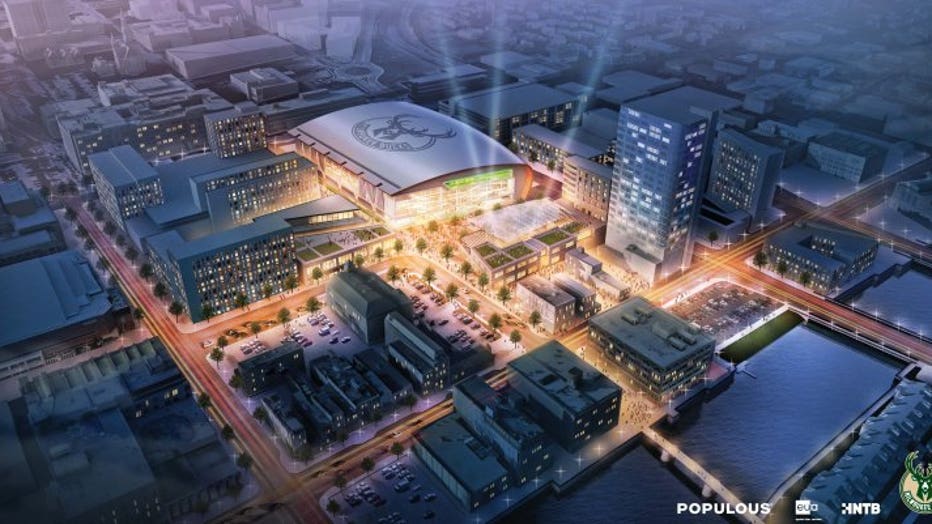 Williams says between Bucks and Marquette games and events in the plaza, the entertainment district will shoot to have at least 150 planned events a year.