MILWAUKEE — A mysterious object his a woman's car. She thinks a major construction project is to blame. It's not unheard of, but can anything be done?

Jessica Pliska doesn't know what hit her windshield as she passed under the Ryan Road bridge on I-94 North.

"It was louder than anything I have ever heard hit my car," Pliska recalled. "I've been in accidents before and I`ve never heard a noise like this." 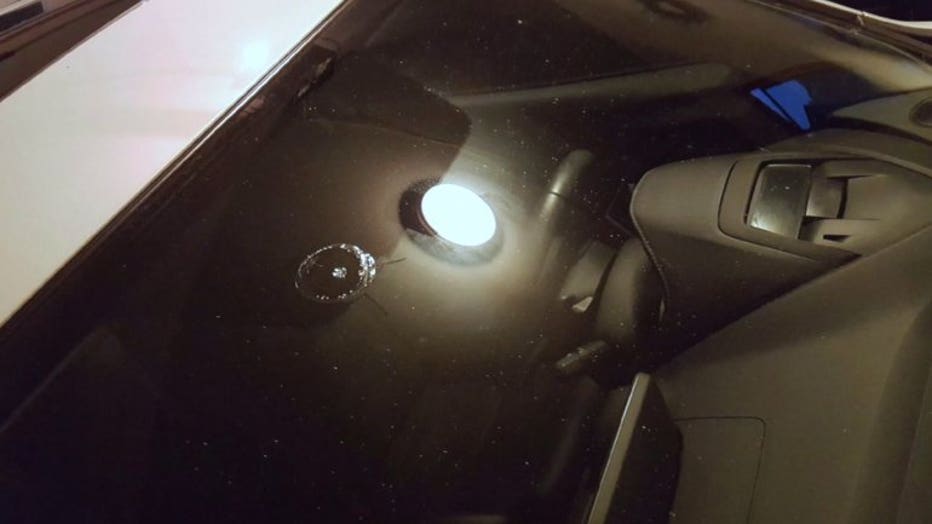 It happened in September around 5:45 in the morning.

"It was completely pitch black outside," Pliska said.

She thinks something fell from the bridge. The Ryan Road interchange has been under construction for a year.

"Had I been twenty feet away from the bridge I would have chalked this up to, 'Yes, it's road debris. This is kind of my problem.' But, I was underneath when it hit," Pliska said. 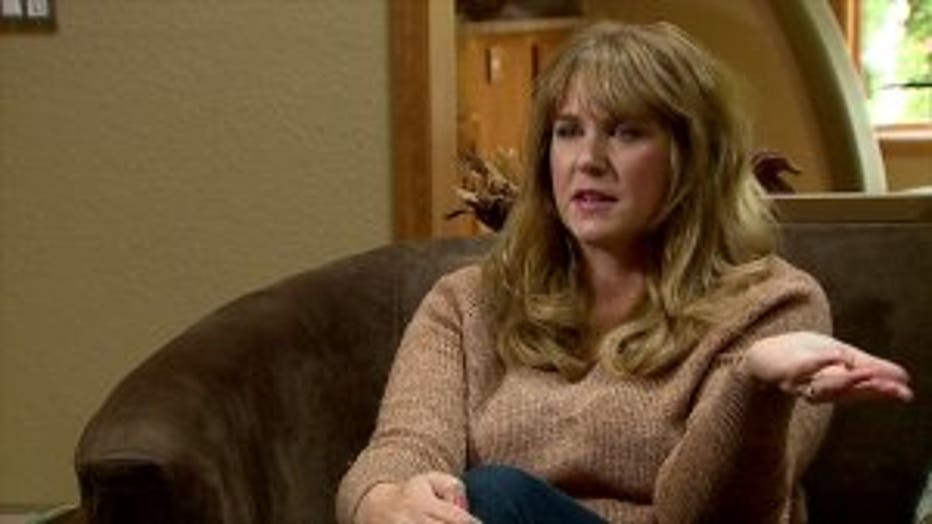 She called the sheriff's department and got her windshield repaired. Insurance covered half the costs.

She reached out to the lead contractor on the project, Zenith Tech, to ask the company to cover the cost and have the bridge inspected.

"The bigger issue here is that somebody could have been injured," Pliska said.

At Zenith Tech, the safety of our employees and the traveling public is our number one priority. We also follow a comprehensive and fair claims review process,  and we thoroughly investigate all claims received.

The bridge involved in this question is currently under construction. However, the last day of Zenith Tech’s work on the site ended September 15, 2018 at 3:00 p.m. Ms. Pliska reports that her incident occurred on September 17, 2018 at 5:45 a.m., a time when no one from Zenith Tech nor any of its subcontractors were on the site and no work was being done. In addition, there is a multitude of what is called “falsework” in place under the bridge. This falsework is there to help prevent debris from falling onto traffic below. Furthermore, at the time of Ms. Pliska’s incident, the bridge deck had already been poured, which means there was concrete on the bridge and, therefore, no loose debris on the bridge deck.

Upon receiving notice of Ms. Pliska’s claim, Zenith Tech inspected the bridge and falsework. This investigation did not find any debris or objects that could have fallen off the bridge. In addition, the inspection showed that all falsework was securely in place as it had been left on September 15. Also, the investigation did not find any debris or objects lying in the roadway below. It is unknown what actually struck Ms. Pliska’s windshield. Based on the investigation, no evidence was found that it was related to our work. It is much more likely that whatever struck her windshield fell off of or was kicked up by another vehicle.

As you can see, we take these claims seriously and investigate them thoroughly. In this case, Ms. Pliska’s claim was reviewed, investigated, and subsequently denied based on the facts explained here. Thank you for the opportunity to respond.

Contact 6 could not prove what hit Pliska's car or where it came from. However, with so many roadway projects underway throughout the region, Contact 6 did turn to the Wisconsin Department of Transportation to find out what drivers can do if their vehicle is damaged by something from a road project. 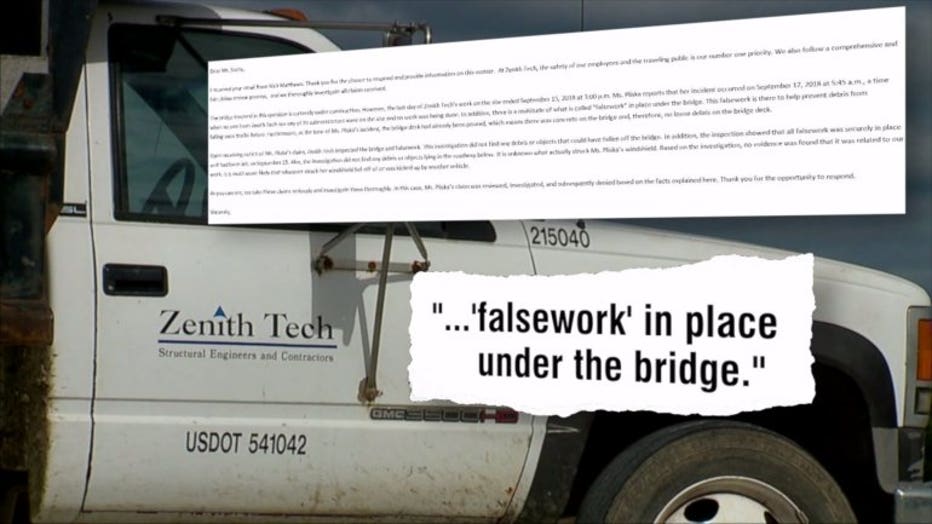 Michael Pyritz of the Wisconsin Department of Transportation can't speak to Pliska's experience, but he says when a vehicle is damaged by construction it's the contractor's responsibility. 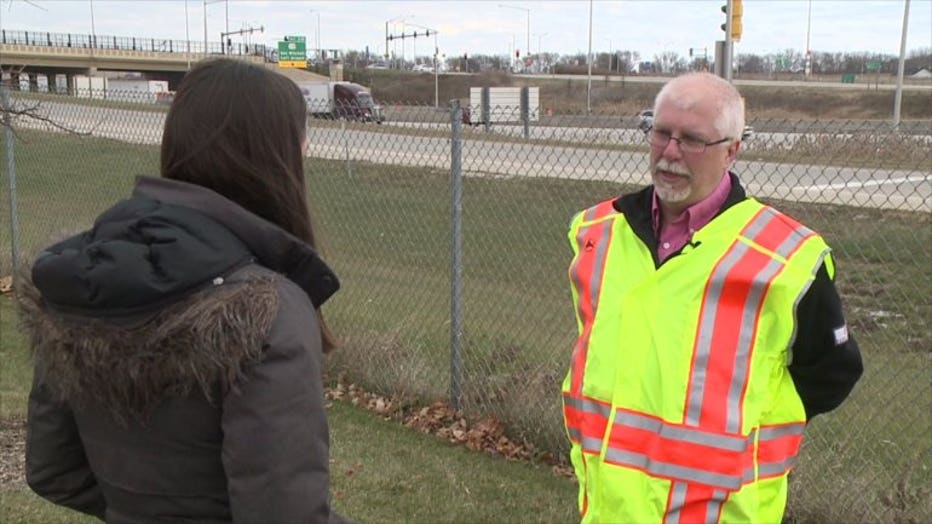 "Incidents will hopefully not occur however nothing is 100-percent," Pyritz said. "The state and counties are held harmless, that's part of state statute."

If your vehicle is damaged:

"We want law enforcement to know about it. It could be hazardous to other motorists as well, and the faster that a dangerous situation can be addressed, the safer it is for everybody,: Pyritz said.

As for any refunds, Pyritz says the first step is to talk to your insurance company.

For Pliska, she says it's about more than money. She's worried about safety. 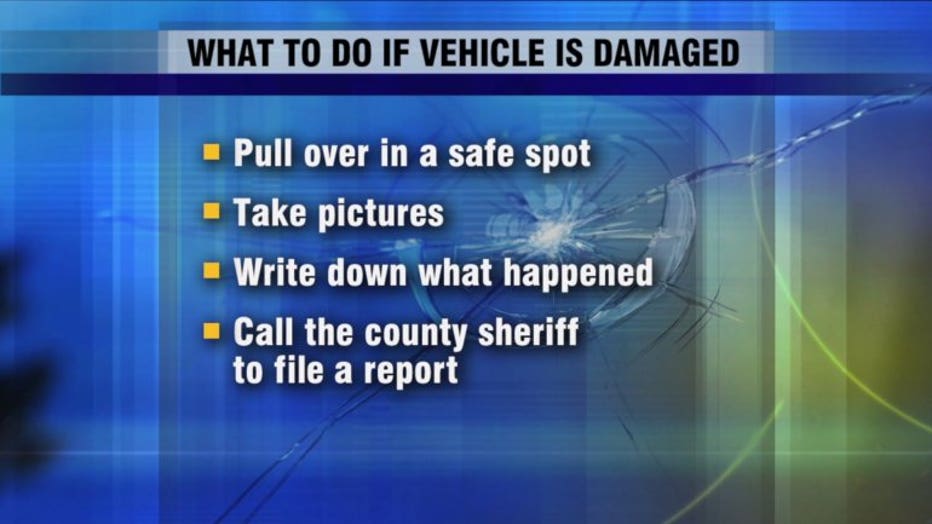 "As somebody who goes under this bridge a lot, it terrifies me," Pliska said.

She asked Contact 6 to track down documentation that Zenith Tech did investigate the bridge.

"That`s what I`m really trying to get from them," said Pliska. 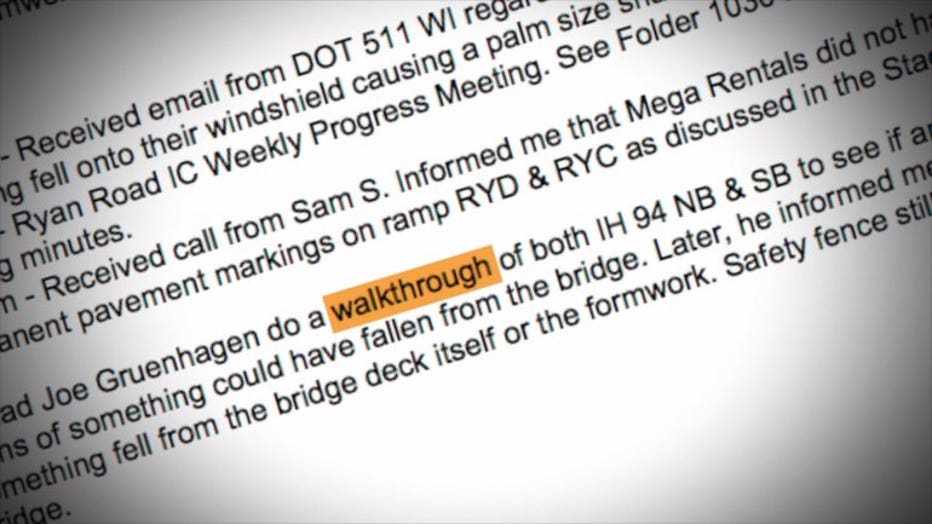 Contact 6 requested the project leader's daily diary report, which confirms a "walkthrough" was done and "there was no indication from below that something fell."

Pliska said she was glad to see the report and grateful the bridge was inspected.

The DOT says it has not received any other complaints related to the Ryan Road bridge since the interchange project began.