`Christmas means family,` and for these brothers, it means a picture with Santa for 27 straight years

`Christmas means family,` and for these brothers, it means a picture with Santa for 27 straight years 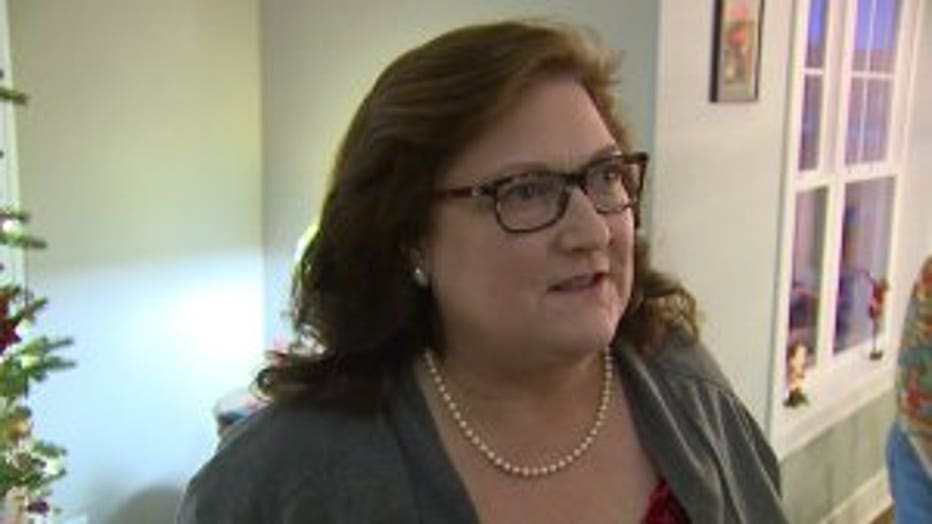 BROOKFIELD -- FOX6 Photojournalist Jared Harrington and his brother brought smiles to their parents' faces this and every holiday season -- in a very special way.

When you only have one shot a year to impress the big man in red, who is in control of your fate on Christmas, you don't want to mess around. Brothers Jared and Ryan Harrington prepared for a visit at Brookfield Square -- with no intentions of screwing this up -- not only for their own good, but also for that of their parents, who were waiting in Hubertus.

Since before the boys can remember, Jim and Maria Harrington have taken Jared and Ryan for an annual Christmas photo.

"He wasn't quite 1. He was 11 months. Jared didn't want to sit on Santa's lap," said Maria Harrington. 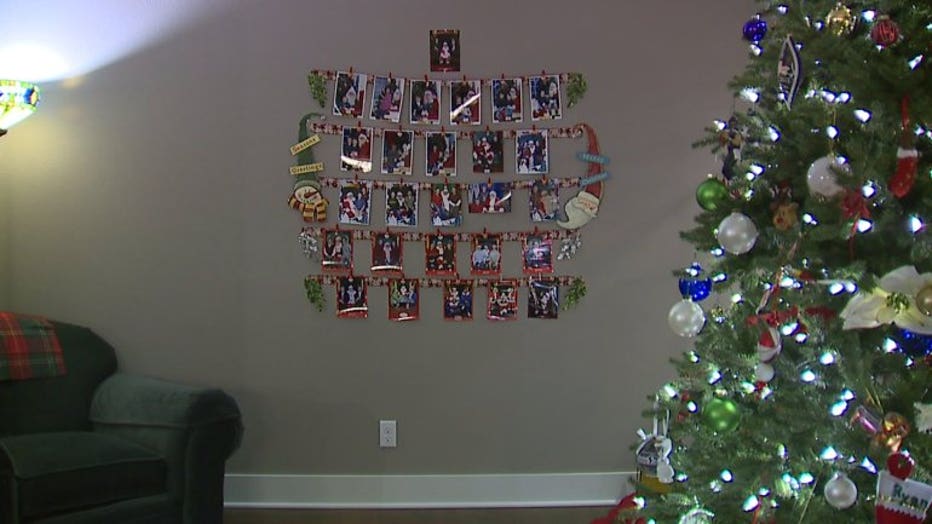 The early photos came with tears.

"Everyone has to have one with a screaming baby," said Jim Harrington. 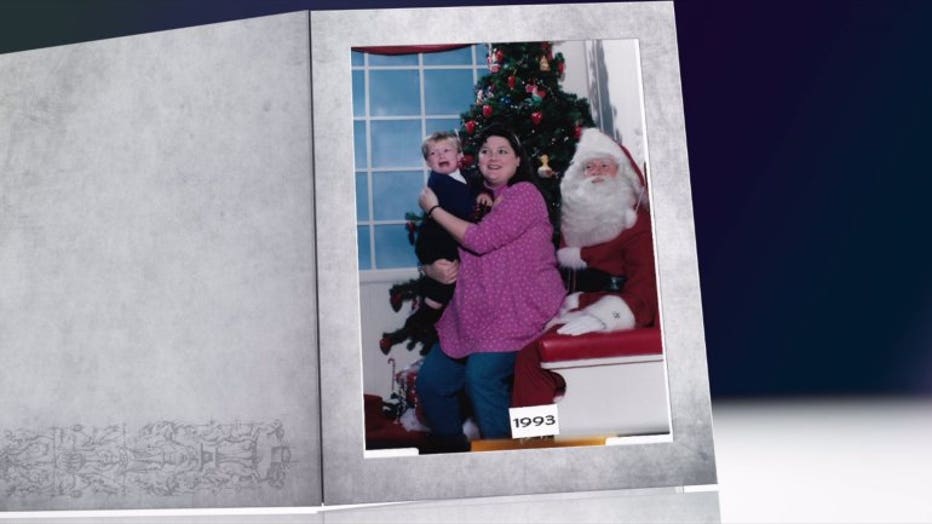 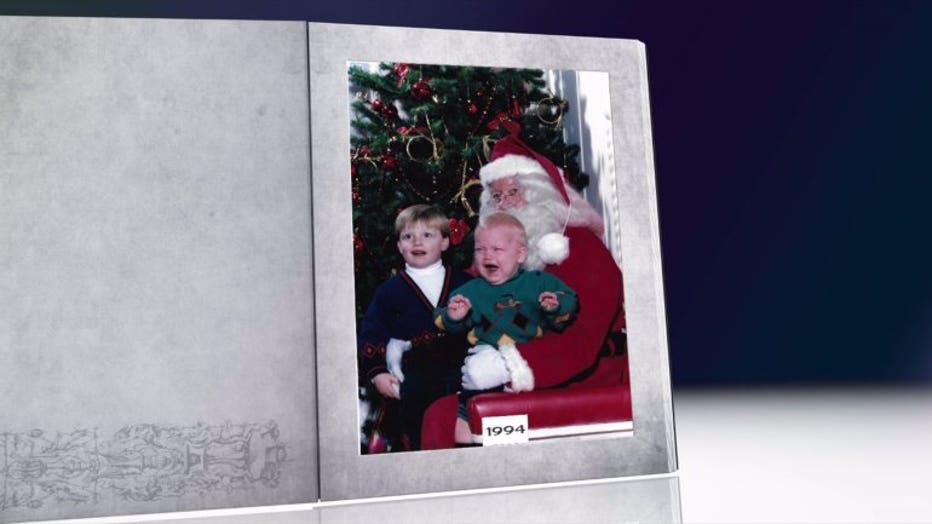 The years are chronicled on the living room wall. There was some resistance as the boys grew older. Jared said his was never directed at the big man from the North Pole, but another mall celebrity. 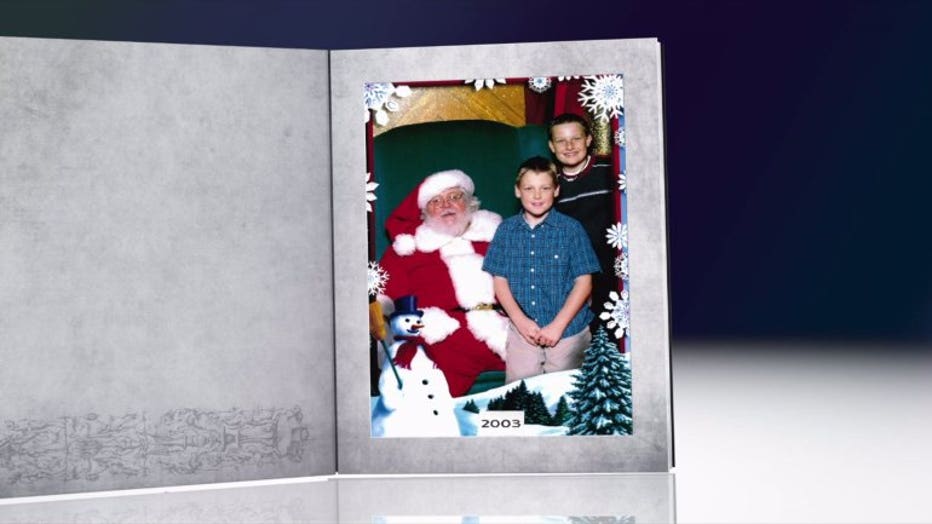 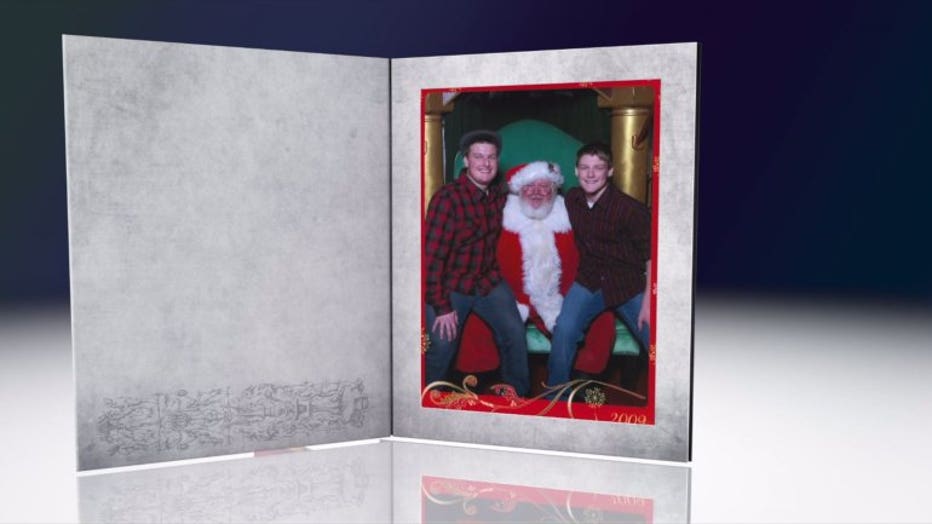 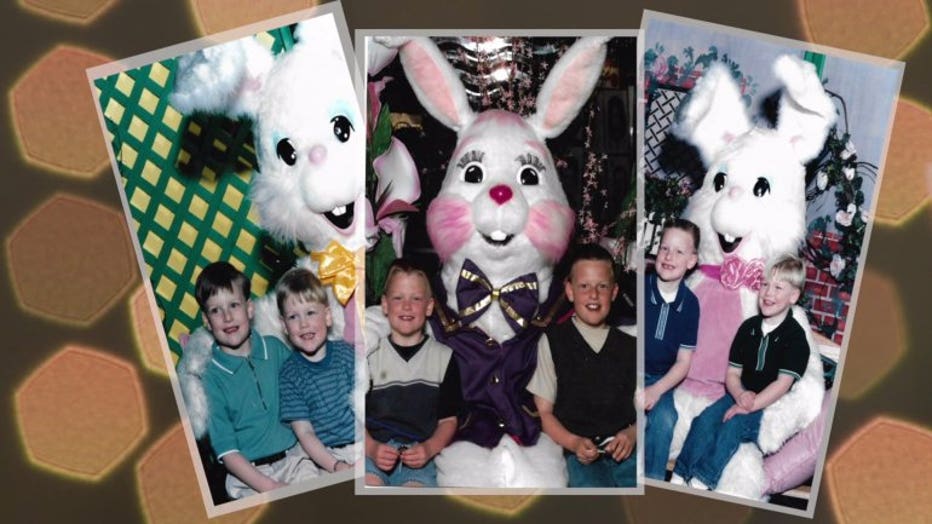 "I don't care if they get me any presents. I just want the photo," said Maria Harrington.

What their mother didn't know was on whose terms that deal would be done. Things changed when the boys learned how to drive.

"After that, they could do what they want, and the rest is history!" said Jim Harrington. 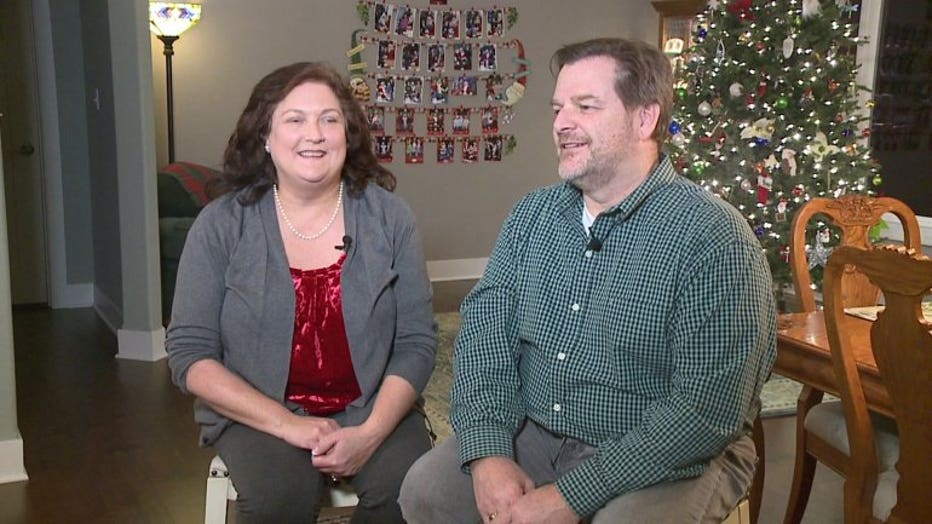 "You can tell where parents stopped dictating," said Ryan Harrington.

As it turned out, they continued the tradition even after Ryan turned 18. Each year, they tried to take it to another level.

"We did a deer in the headlights look," said Ryan Harrington.

"I found these overalls that had Elmo on them, and were somehow for adults and had Elmo on the chest, and I dressed up as a 3-year-old having a tantrum on Santa's lap," said Jared Harrington. 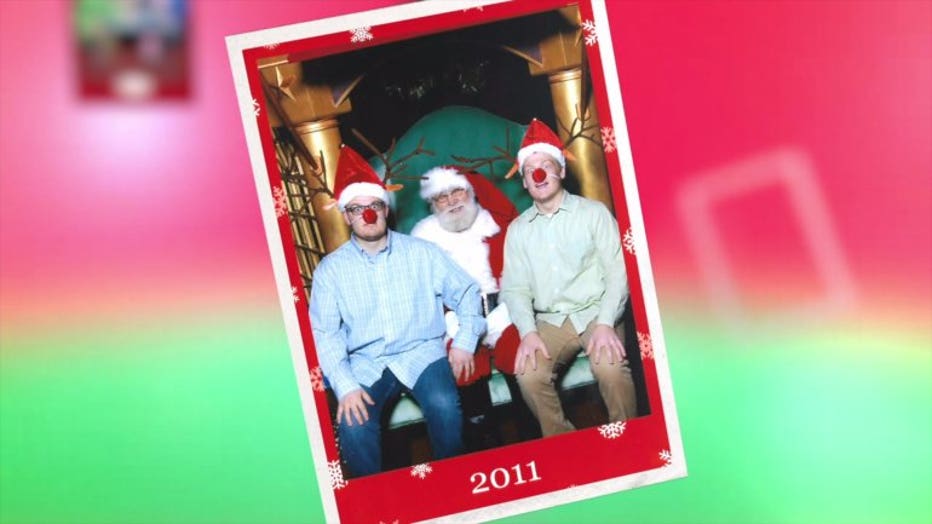 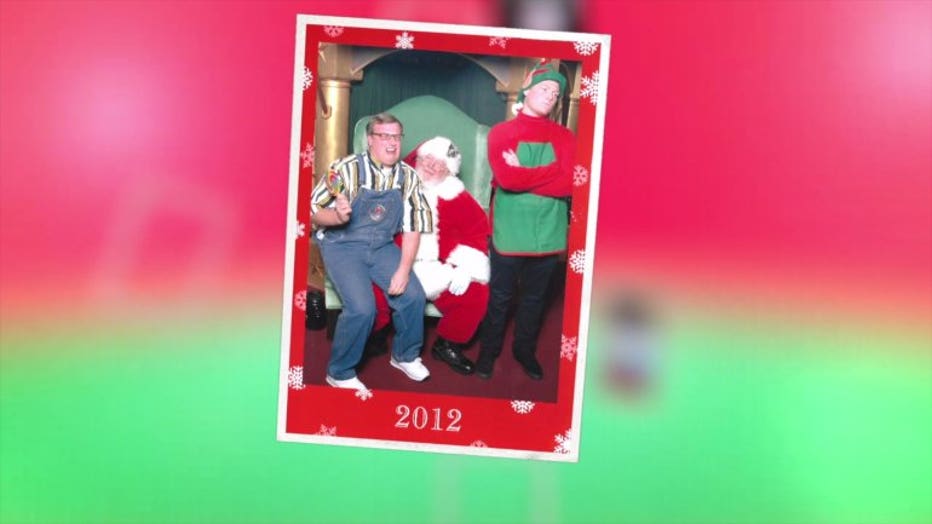 "He jumped on the chair and he made his B-boy stance with us," said Jared Harrington. 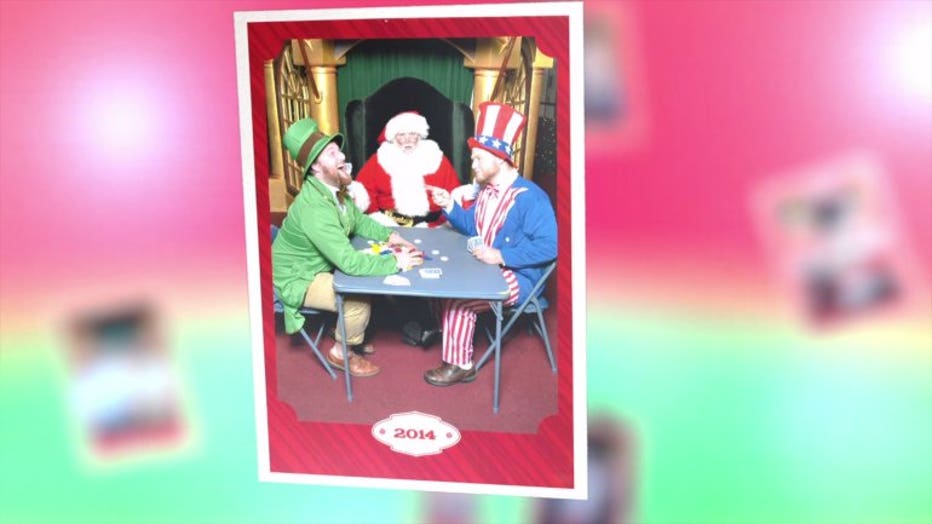 "Favorite right off the bat is 2014, with the leprechaun," said Maria Harrington.

"The leprechaun one, yeah, mall security came and talked to us," said Ryan Harrington.

"And then he just stuck around and just watched us get our photo -- and he was like 'that was funny,'" said Jared Harrington. 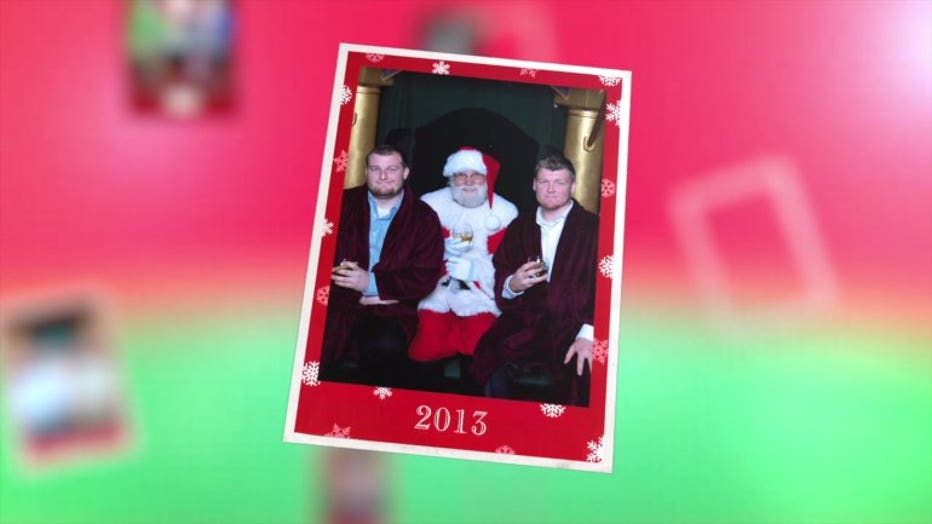 After visiting Santa, the boys make the drive home to Hubertus for the big reveal.

"Blues Brothers. Oh my God! Awesome. Oh my God. You got Santa to wear the glasses too," said Maria Harrington. 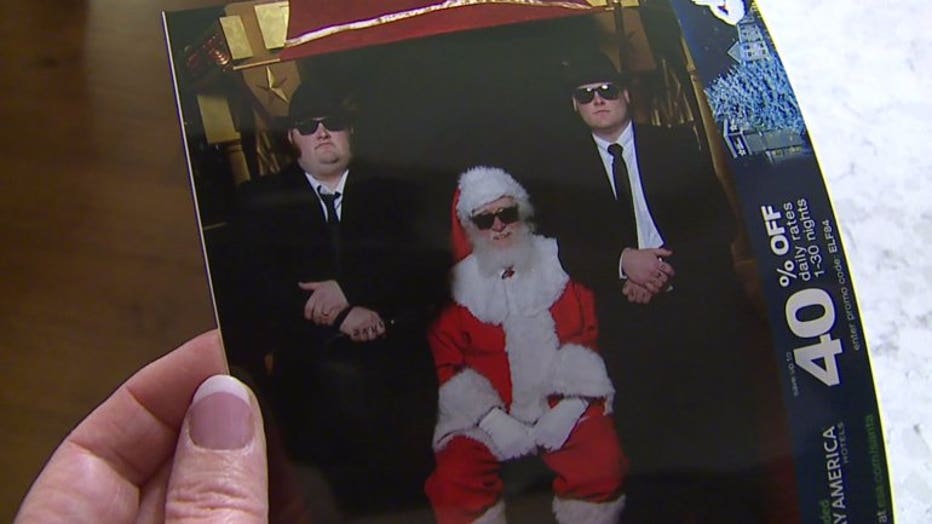 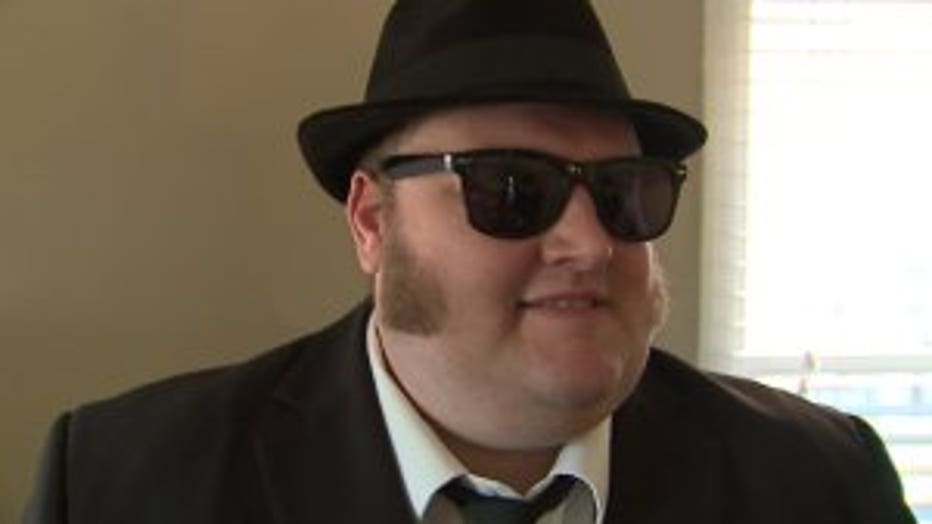 Both brothers shaved their beards to pull off the Blues Brothers look.

More important to their parents, is knowing these brothers are still doing this together every year. 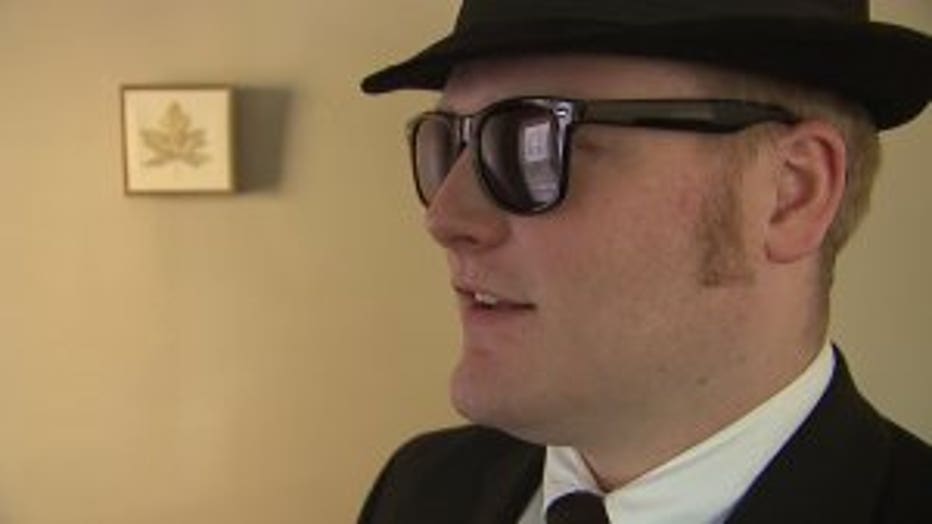 "I consider him my best friend," said Ryan Harrington.

"Christmas means family -- and just love and being together, and really appreciating what you have," said Maria Harrington.

Christmas 2018 marked the 27th year the Harrington brothers have taken a picture with Santa together. They said there are no plans to stop the tradition.