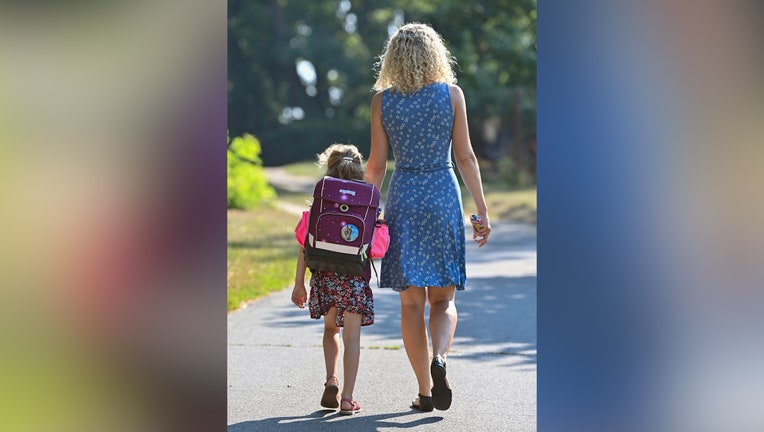 FILE -A mother takes her daughter to a school.

It was also noted that the age ranges differed between different living arrangements. Data was split between three categories of age groups: 0-5, 6-11 and 12-17.

When calculating the differences between the percentages of younger children who live with a mother only as opposed to a father only, those who lived with their mothers only were slightly higher at 28.4% as opposed to living with their fathers only at 22.4%, according to the bureau’s data.

On the opposite end, however, children between the ages of 12-17 were more likely to live with a single father, at 41.5% as opposed to living with their mothers, which was only slightly lower at 37%.

Data collected by the bureau also explored the differences in living arrangements according to race.

The percentage of children living with married parents was the most common among Asians at 87.4%, with White and non-Hispanics at 75.5%, Hispanics at 61.9% and Blacks at 37.9%.

The bureau also highlighted that 5% of White and non-Hispanic children living with their father only did not differ much from that of Black children. Asian children, however, were found to be the least likely to live with their fathers only.

Overall, children living with both parents is the most common living arrangement across the board, according to the data collected by the bureau, despite the slight dip in percentage.