Checks in the mail? Maybe not! Certain mailboxes are targets for ID theft

Checks in the mail? Maybe not! Certain mailboxes are targets for ID theft

NEW YORK — Depending on where you live, the checks you put in the mailbox may not be as safe as you think. Anyone who lives in large buildings or complexes that contain mail rooms could be a target of mail fraud and identity theft. 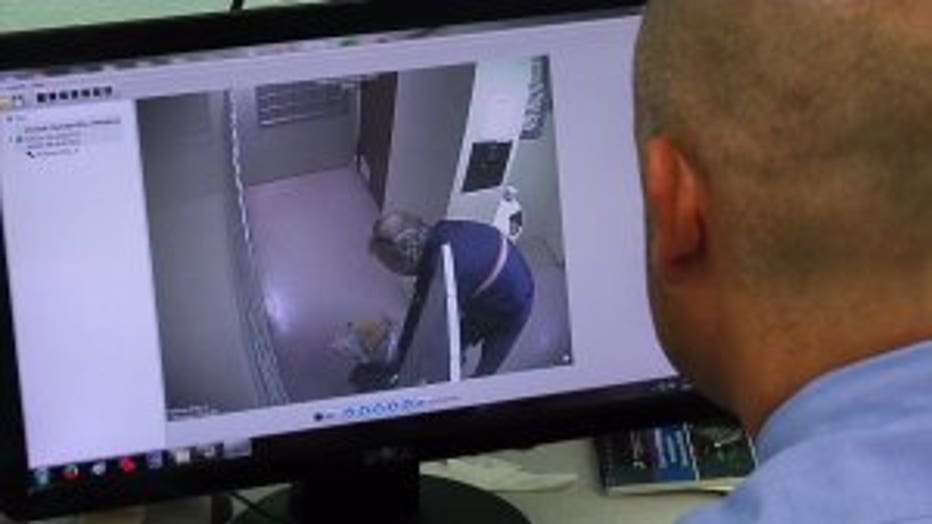 U.S. Postal Inspector Glen McKechnie review surveillance footage from inside a mail room where a suspect stole mail and used it for identity theft.

U.S. postal inspectors caught one criminal in the act. Surveillance footage shows the suspect taking advantage of a flawed system for how mail is handled in large buildings.

"The subject began stealing personal identifiers and names and dates of birth of individuals in that building," explained U.S. Postal Inspector Glen McKechnie.

The video shows the suspect inside a central mail location for many buildings in a large complex.

"The residents of that building — the victims — placed their checks in an unofficial outgoing box supplied by the building," McKechnie said.

The unofficial mailbox is where the crime started.

"He would steal outgoing checks that residents would send to pay bills," McKechnie revealed.

The suspect didn't have a hard time getting the checks either. With a simple stick, he removed the mail from the outgoing mailbox and then altered checks.

"He would cross the name off the check and divert that check to a credit card  that he had opened up in another victim's name," said McKechnie.

"He would send the check to a mailbox he controlled," McKechnie said.

Unfortunately, anyone can be a target of identity theft.

"ID theft is one of the largest growing crimes in America…The criminals —the bad guys — are only bound by their imagination. They will doing anything to get out information and use that information to wreak havoc," said McKechnie.

However, there is one important step everyone can take to secure their personal information.

"When you put your mail in a collection box , you want to make sure it is a postal service box. Those are secure boxes. If you put it in an insecure box, you are potentially open to being victimized," McKechnie advised.

The suspect in this case was charged with multiple counts of grand larceny and ID theft.

He could face 1 to 3 years in prison.