WAUWATOSA -- The person accused of shooting a man inside the AMF Bowlero in Wauwatosa is now charged. But he's not in Wisconsin -- he's hundreds of miles away. 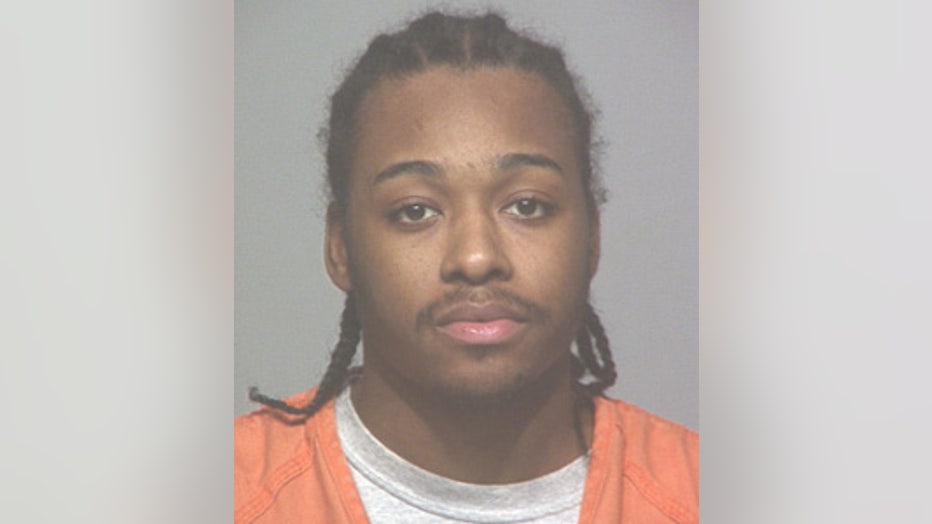 29-year-old Otis Taylor was wanted for days -- but now he's in custody in Atlanta, Georgia. FOX6 News is told U.S. Marshals were waiting for him as he got off a train.

Taylor is charged with shooting a man three times inside the AMF Bowlero bowling alley in Wauwatosa on Saturday, August 8th.

"We decided to go bowling. We was there like two hours before the party came in," said Carmalita Davis.

Davis is Taylor's girlfriend -- and was with him the night of the shooting. Davis says before you just Taylor, she'd like you to hear her side of the story.

Taylor said her family was celebrating her daughter's upcoming trip to college when she says four drunk men walked into the bowling alley.

"My daughter, she got up to bowl. And as she was coming back, I guess Otis was getting ready to bowl, she was leaving, she got ready to walk off, and she said I'm too young for you," said Davis.

Davis says the men quickly went from harassing the girl to Taylor. The complaint says even a manager at the Bowlero noticed the men were looking to pick a fight. Davis says the men launched verbal attacks for about an hour.

"Now they really started with the threats, telling Otis to come outside, saying he's not going to make it to his car. Otis keep telling them, I don't do well with threats," said Davis.

Taylor has been in his own trouble before. He spent three years in prison for a 2005 shooting. As a convicted felon, he's not allowed to possess a weapon. Davis says fearing for his life, Taylor grabbed her gun.

"My purse was on the counter, me putting my shoes up, he opened my purse up, took it out, and put it in his waist," said Davis. "Next thing you know, you don't hear nothing but gun shots going off.  That's all you hear, you hear people running."

Officers viewed surveillance video at the Bowlero. The video apparently shows a "muzzle flash" coming out of the gun Taylor was holding. The complaint indicates Taylor was just two to three feet from the victim at the time of the shooting. Taylor then walked past the victim to the exit.

The victim was taken to the hospital with three gunshot wounds. He survived.

The charges filed against Taylor include first-degree recklessly endangering safety and possession of a firearm by a felon. If convicted on the most serious charge, he faces up to 12-and-a-half years in prison or $25,000 in fines.