MILWAUKEE COUNTY (WITI) -- 29-year-old Robert McCorkle of Milwaukee has been charged in connection with the July shooting death of 26-year-old Richard Conn. 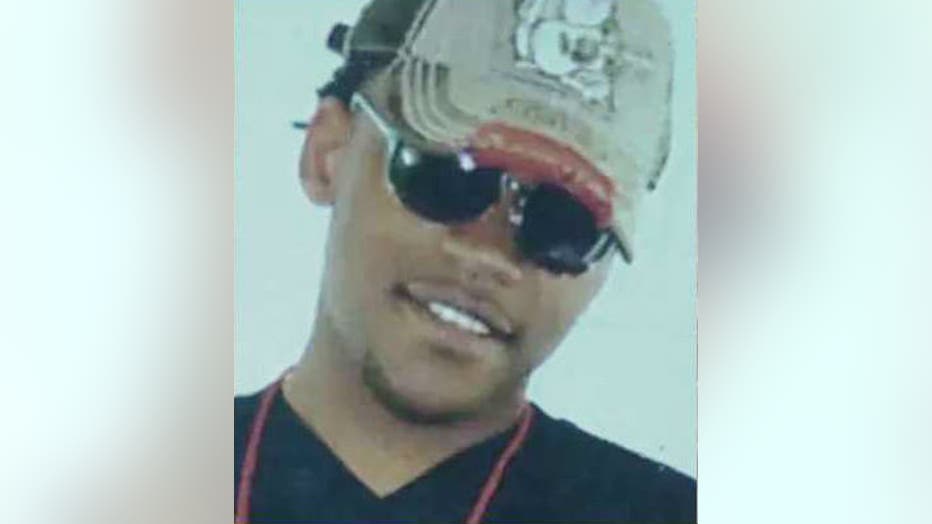 Conn was gunned down on Saturday, July 5th near 11th and Atkinson.

A criminal complaint filed against McCorkle says officers were dispatched to 11th and Atkinson just before 5:30 p.m. on July 5th -- where they observed Richard Conn lying on the ground in the street near a parked vehicle, with a gunshot wound to his head.

Conn was pronounced dead at the scene.

The Milwaukee County Medical Examiner's Office determined Conn died as a result of a gunshot wound to the head, and ruled his death a homicide.

The complaint filed against McCorkle says Richard Conn was shot in a separate incident and survived. This shooting occurred in the 3700 block of N. 10th Street on May 17th -- and shell casings from what police believed to be an AK 47-type assault rifle were discovered at the scene.

On May 18th, in the 3600 block of N. 11th Street, police were called out to the scene of a shooting which resulted in the death of two individuals. At that shooting scene, shell casings consistent with the shell casings located at the scene of the May 17th shooting were found. The Wisconsin Crime Lab was able to determine the same weapon was used in the May 17th and May 18th shootings.

Police interviewed Richard Conn in June, and at that time, he told police he believed he was targeted in the shooting on May 18th -- saying he is often at the corner where the double homicide occurred.

Conn was able to identify the individual he saw shooting at him on May 17th -- and that individual was charged and jailed.

The complaint filed against McCorkle says police spoke with a witness to the July 5th shooting -- who said at the time of the shooting, he was in the 3600 block of N. 11th Street when he saw Richard Conn walking toward his parked SUV.

The witness told police the suspects then fled the scene. That witness was able to provide a description of the shooter to police.

The complaint says police were able to locate a bag that contained nine corner cut baggies of marijuana near the scene -- believed to have been dropped by one of the suspects as they fled.

Police were able to view surveillance video that showed the suspect vehicle arriving at the shooting scene, and the suspects exiting the vehicle -- eventually returning to the vehicle and driving away from the scene.

Witnesses told police this suspect vehicle was also involved in the May 17th shooting of Conn.

That suspect vehicle was observed by a detective performing surveillance on July 11th -- but it sped away. The complaint says it was later found abandoned on N. 44th Street.

The complaint says McCorkle's DNA was recovered from the nine corner cut baggies of marijuana recovered near the scene of the July 5th shooting.

McCorkle was arrested on July 14th. He was discovered in the cab of a semi found parked in a parking lot of a truck stop/gas station in New London.

Investigators reviewed McCorkle's cell phone records and were able to determine he was in the area of 11th and Atkinson at the time of the July 5th shooting.

The complaint says McCorkle was found to have used that cell phone in February of 2014 in conversations with a confidential informant that led to a delivery of heroin. McCorkle is charged for that delivery in a separate case.

The complaint says police reviewed recorded jail telephone calls between McCorkle and the individual charged in connection with the May 17th shooting of Richard Conn -- a case in which Conn was serving as a witness.

The suspect in the May 17th shooting had a preliminary hearing scheduled for July 1st, and a detective testified on behalf of Richard Conn -- identifying this individual as the individual responsible for the shooting.

In a phone call the next day between McCorkle and the man charged in the May 17th shooting, the two were discussing "dealing with all of the Conn family" -- with the charged individual telling McCorkle that he needed to be dedicated to eliminating Richard Conn, according to the complaint.

In a phone call made on July 7th -- two days after the shooting of Richard Conn, McCorkle and the man charged in the May 17th shooting speak on the phone again. The complaint says during that conversation, there is acknowledgement that the job has been done. The two also discuss the fact that now, the man charged in the May 17th shooting should be able to bring a motion to dismiss the case against him, as he will no longer be able to confront his accuser (Conn).

McCorkle has a lengthy criminal history -- and an open court case out of Milwaukee County, charging him with manufacturing/delivering heroin.