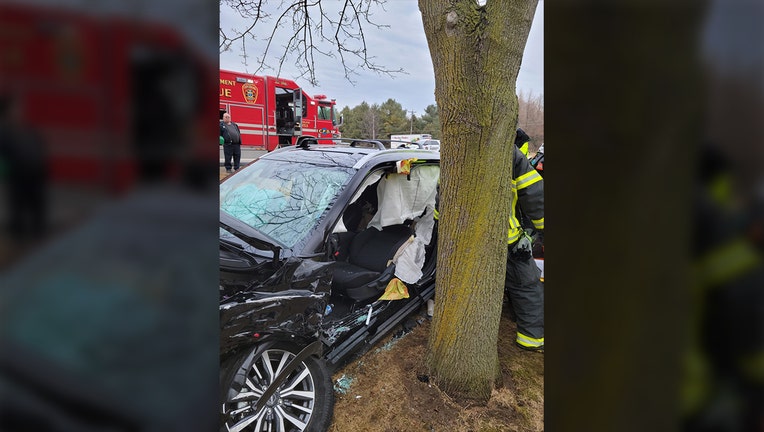 CEDARBURG, Wis. - One person was injured and taken to the hospital after a town of Cedarburg crash Wednesday morning, March 30.

Cedarburg Fire and Rescue was called to the crash, near Sherman and Granville, shortly before 8 a.m.

One person needed to be extricated and was taken to the hospital with minor injuries. A second occupant did not need medical attention.

No other vehicles were involved. The Ozaukee County Sheriff's Office and Grafton Volunteer Fire Department assisted at the scene.

A Janesville man was arrested after he allegedly led law enforcement on a wrong-way pursuit – ultimately striking a deputy's squad car head-on.