MILWAUKEE -- For those on the lookout for a table-turning twist this Halloween, PETA is officially taking pre-orders for its cheeky limited-edition costume "Cecil's Revenge.

The costume is a dentist's uniform with a "Dr. Palmer" name tag, complete with a plush lion grabbing the coat from behind, leaving "bloody claw marks."

It can easily be accessorized with a toothbrush or a fake drill or crossbow. 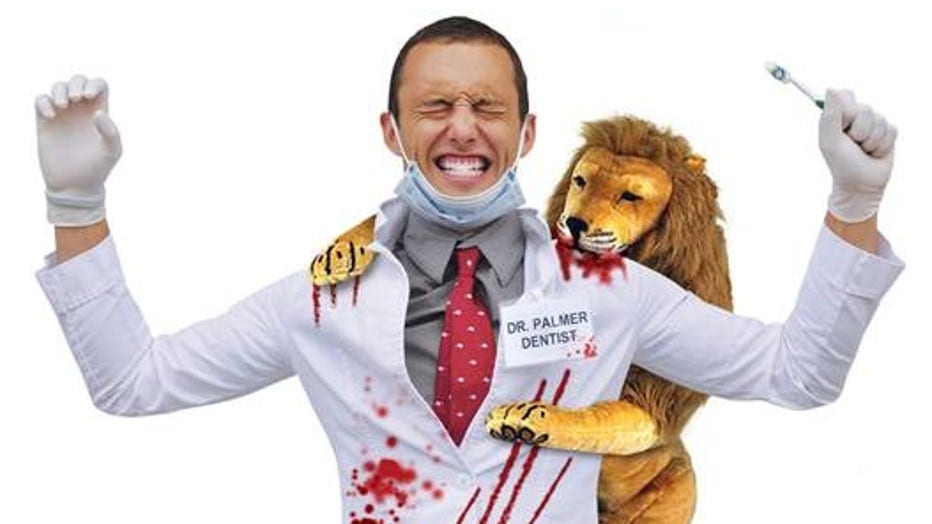 As PETA points out, animals like Cecil are under constant threat from trophy hunters like Minnesota dentist Walter Palmer—who routinely pay someone to track down wildlife and blind them with a spotlight at night so that the hunters can press the trigger on their high-powered weapons at close range and then take the animals' heads home to decorate their own dens.

All profits from merchandise sales will go directly to support PETA's lifesaving work for animals.

"Halloween aficionados can turn the table on trophy hunters' ghoulish pastime with PETA's new pro-Cecil costume," says PETA President Ingrid Newkirk. "As animals continue to die in agony at the hands of trophy hunters, it's only fitting for people to make fun of Palmer for his illegal, violent pursuit."

Lion populations are rapidly declining in Africa. PETA—whose motto reads, in part, that "animals are not ours to abuse in any way"—encourages caring people to join the call for federal authorities to issue an order listing lions as "threatened" and banning the importation of their heads, tails, and skins in order to stop lion-trophy imports into the United States.