BURLINGTON -- A statue over a century old is knocked over in Burlington. The statue of Abraham Lincoln was pulled down early Saturday morning, January 30th.

Police say they received the call at approximately 6:00 a.m. -- and have identified a suspect. 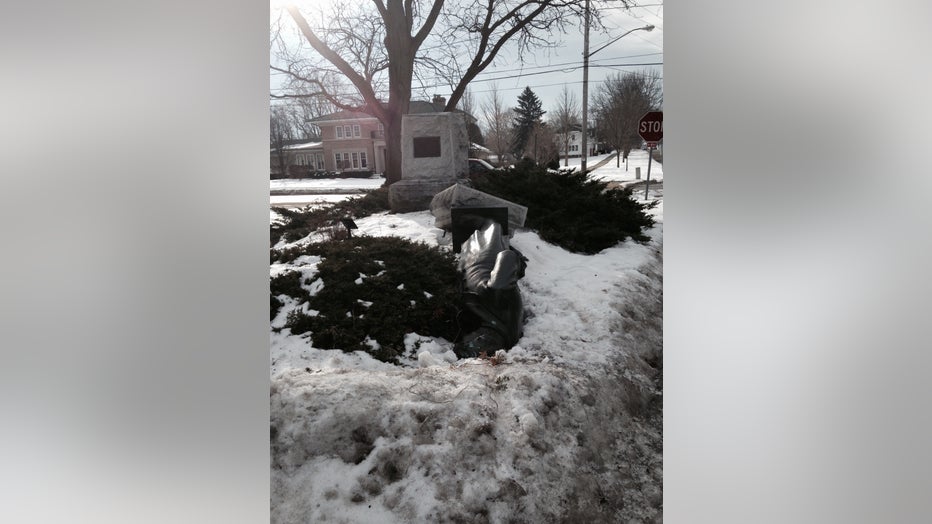 The 8-foot tall bronze statue does not appear to have any significant damage.

There is no word on how the vandals tipped it over.

Not other details have been released at this time.