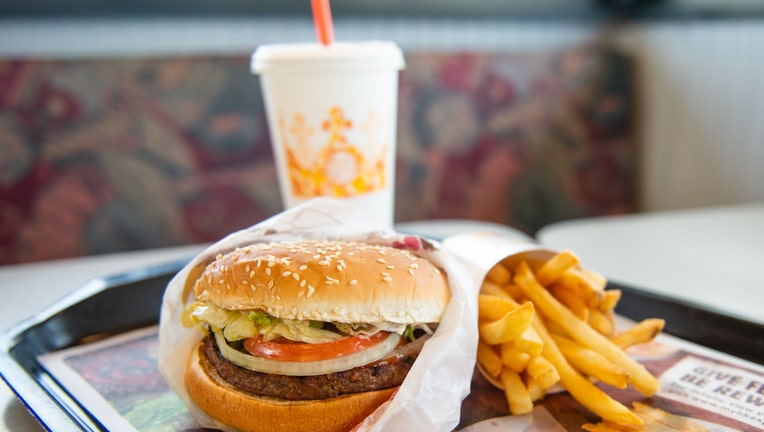 MIAMI - I’d buy that for a dollar. There’s an old saying, "There’s no such thing as a free lunch." But some lucky Burger King fans will at least be able to get one item for free.

Burger King announced the return of its dollar menu, and to mark the return of this staple of fast-food restaurants, BK is reportedly sending random people $1, which the fast-food chain officials hope will be spent at a Burger King.

As the name suggests, every item on the $1 Your Way Menu costs a single dollar, according to Burger King. The menu includes the bacon cheeseburger, Chicken Jr., value fries and a value soft drink.

"We know that value is extremely important to our guests, especially now," said Ellie Doty, the Burger King North America chief marketing officer. "That’s why we set out to create a menu that offers craveable products, like our Bacon Cheeseburger, that can’t be found at the same price anywhere else."

Burger King is promoting the launch of its new menu by sending random customers a dollar each to their Venmo accounts, according to Yahoo Life. The promotion will be running until Dec. 28, which is when the menu will officially launch at participating locations.

The concept of a dollar menu isn’t new to fast-food. Several restaurants, including McDonald’s, offered discount items for just a dollar (or 99 cents, they wanted to appear competitive with other chains). These menus eventually morphed into what some chains dubbed "value" menus, where less expensive items would all be grouped together. The launch of Burger King’s Your Way Menu, however, marks the return of a $1 menu.