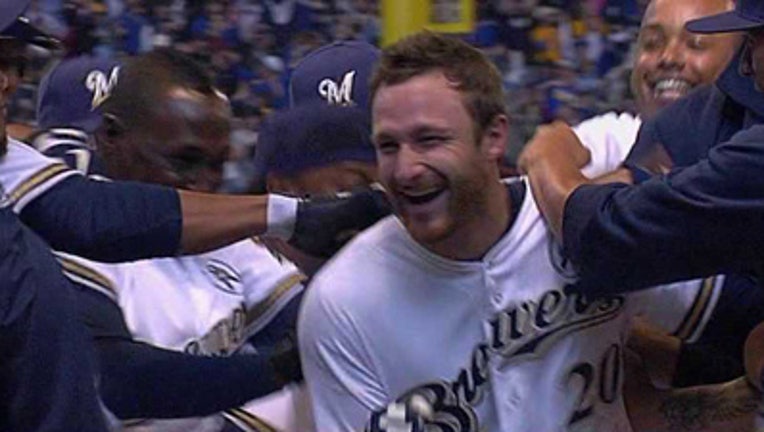 According to a new's release, the parade attack is close to home for Lucroy not only because he played in the area but because his daughter, Ellia, was born in Waukesha.

"My wife and I got married here. My daughter was born here. This city means a lot to me," Lucroy said. "Hearing about the tragedy in Waukesha made me want to support the families that were affected. I want to start making a difference for the area that made me who I am today."

Lucroy played nearly seven seasons with the Brewers to start his career. During that time, he was an All-Star and a member of the 2011 division-winning squad. After being traded in 2016, Lucroy has played for several different MLB teams.

The United For Waukesha charity event will take place on Dec. 22 from 5 p.m. to 8 p.m. at the upcoming market hall. Attendees will get a sneak peek of the hall, two drink tickets, a "thank you" bag from local businesses and food samples from its vendors and local restaurants. All of the proceeds will benefit those affected by the tragedy at the Waukesha Christmas Parade. Tickets, donations, details for the event are available at 3rdstmarkethall.com.

The feeling of legitimacy can be found inside one recently renovated room at Lakeshore Technical College and it is unlike anything else the school has to offer.